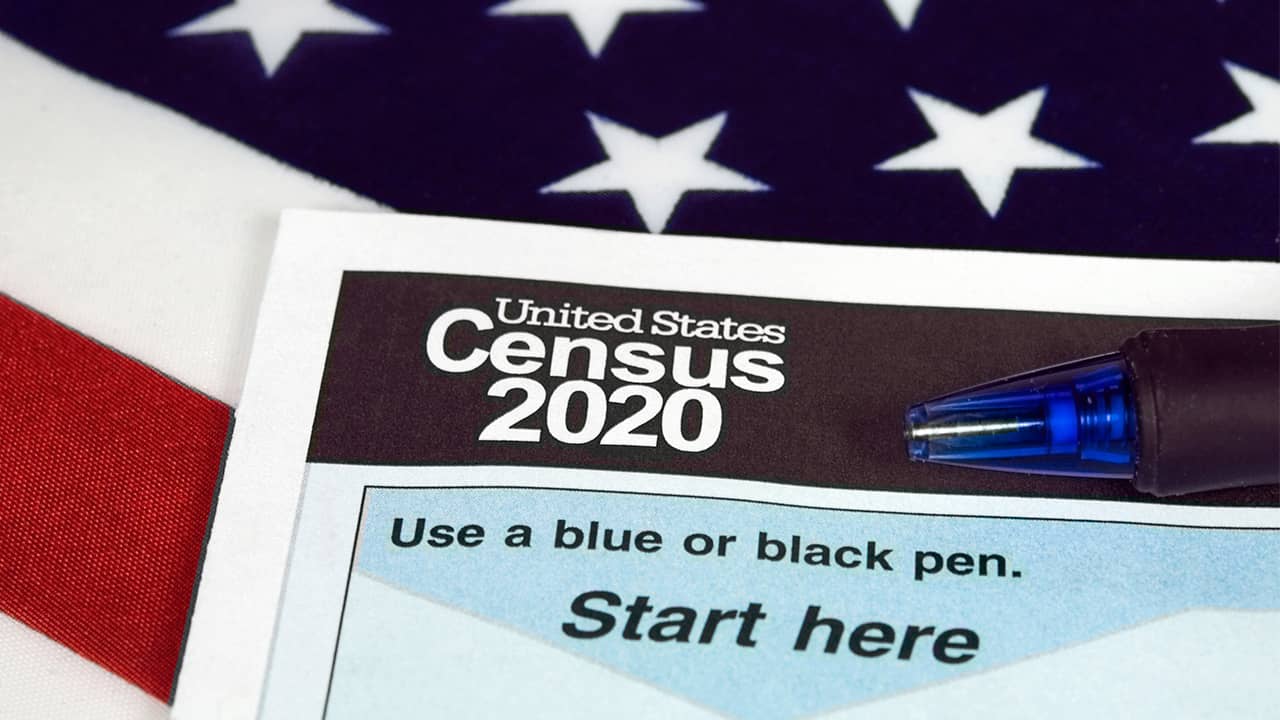 The Justice Department said Tuesday the 2020 Census is moving ahead without a question about citizenship.
Kristen Clarke, an attorney for a civil rights group that helped fight the addition of the question, said Trump administration attorneys notified parties in lawsuits that the printing of the hundreds of millions of documents for the 2020 counts would be starting soon.
Justice Department spokeswoman Kelly Laco confirmed there would be “no citizenship question on 2020 census.”

The White House didn’t immediately comment on the decision. Spokespeople for the U.S. Census Bureau have not responded to emails or phone calls seeking comment.
President Donald Trump said he has asked about delaying the 2020 census over the citizenship question. The U.S. Supreme Court ruled last week the question couldn’t be added for now.
Monday was the deadline to start printing the 600 million documents that will be mailed to 130 million households for next April’s census count.
For months, the Trump administration had argued the courts needed to decide quickly whether the citizenship question could be added to the 2020 census because of the looming deadline.

“I think it’s very important to find out if somebody is a citizen as opposed to an illegal,” Trump told reporters Monday. “There’s a big difference to me between being a citizen of the United States and being an illegal.”
Trump tweeted that he had asked lawyers if the count can be delayed until the court can reevaluate the matter.

Seems totally ridiculous that our government, and indeed Country, cannot ask a basic question of Citizenship in a very expensive, detailed and important Census, in this case for 2020. I have asked the lawyers if they can delay the Census, no matter how long, until the…..

From a logistical standpoint, any delay of the census “would be a nightmare,” said John Thompson, who served as Census Bureau director during President Barack Obama’s second term.
The bureau is already in the process of signing almost 250 office leases across the U.S. and has hired 1,500 specialists who partner with community organizations to encourage people to participate in the census. More than 170,000 recruits have already filled out applications for the almost half-million positions being created for the count. The bureau has helped set up more than 1,500 committees nationwide that will work to get everyone to respond.

Census Will Be More Internet-Based

Furthermore, Congress would have to change the law for the count to be delayed because Title 13 of the U.S. Code mandates that it take place on April 1, 2020, Thompson said.
“I don’t think there’s any ambiguity, but I’m not a lawyer,” Thompson said.
Fewer people are expected to fill out the questionnaires using paper than in years past because the bureau for the first time is relying on most respondents to use the internet to answer questions. Still, printed postcards and letters will be sent out next March reminding residents it’s time to answer the questionnaire, and those who don’t respond digitally will be mailed paper questionnaires.
As recently as last week, the Trump administration’s solicitor general wrote in court papers that the Census Bureau needed to finalize the questions by June. Any changes to the paper questionnaire after June would impair the bureau’s ability to conduct the count in a timely manner, wrote Noel Francisco.