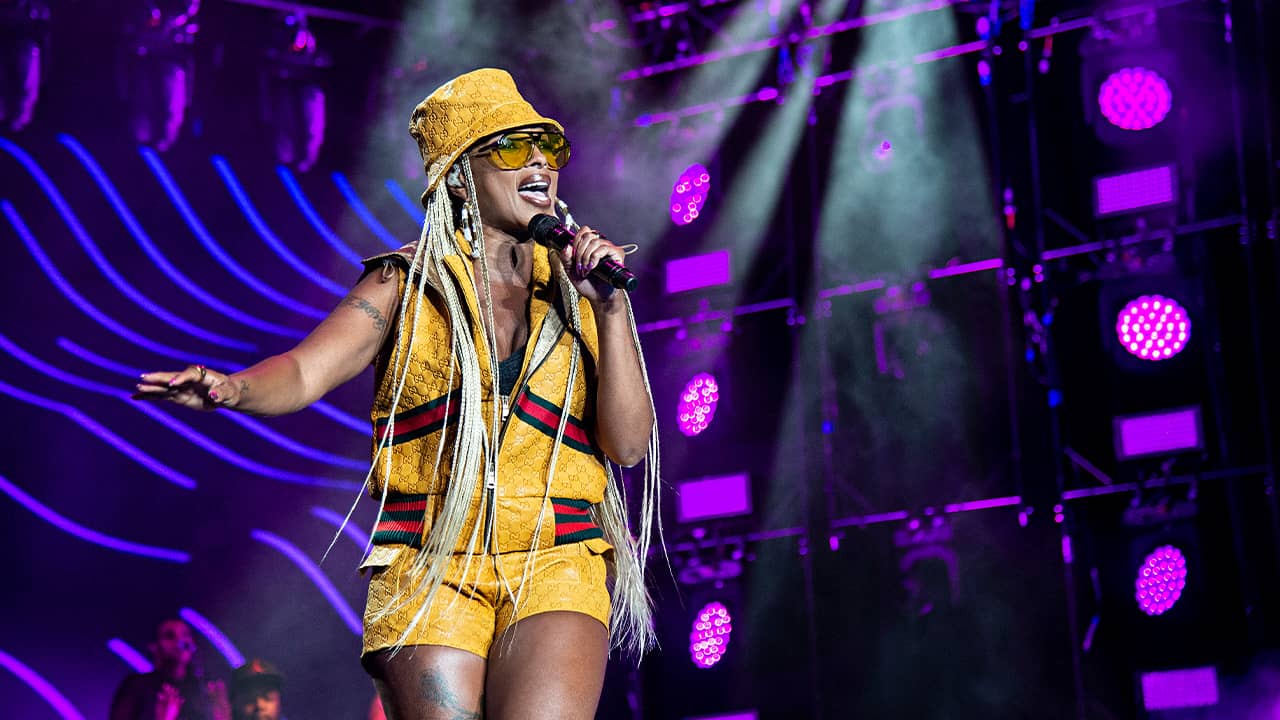 NEW ORLEANS — The Essence Festival, which draws thousands to New Orleans during the Fourth of July week, is celebrating 25 years of bringing African American women of all ages together for thought-proving conversation and performances from top musical acts.
Launched to mark the 25th anniversary of black-owned Essence magazine, the festival has become a yearly celebration to highlight excellence in business, fashion, entertainment, and, of course, music.
It is a destination vacation for African American women, which was showcased in the 2017 hit movie “Girls Trip.” The movie — which starred Regina Hall, Queen Latifah, Jada Pinkett Smith, and Tiffany Haddish — centered on four longtime friends who reunited at Essence.
The festival is July 5-7 and has two parts: daytime activities and panel discussions mainly held at the convention center and nighttime music and concerts at the Superdome.
The Associated Press spoke to some performers and thought leaders who’ve made frequent appearances and to a relatively new performer who is moving up to the main stage this year about what they like about the festival and why they return.

The Grammy Award-winning songstress is no stranger to the festival, having closed the show many times in the past.
She’s scheduled to take the main stage Saturday at the Superdome.

Sharpton has attended and participated in every festival since its inception in 1994. And, as a result, he said he stays on his toes.
“Everywhere I go, people tell me ‘I will see you at Essence,'” he said. “That forces me to think of a new speech every year.”
Sharpton generally appears during the daytime activities at the convention center. Festivalgoers can attend any number of panel discussions or presentations on issues such as politics, economic wealth, health care and entrepreneurship. He said the festival has become the “central meeting place for black people, black women specifically.”
“It’s a celebration of who we are and the diversity of us in terms of our talents and our gifts. It’s the perfect mix of entertainment and information,” he said.
Sharpton recalled when the magazine’s co-founder, Edward Lewis, started the project: “When I was on that first leadership panel at the first festival I thought, this was just a one-time thing.”
But since then, the festival has grown from a few exhibitions to a destination for Fortune 500 companies, top lecturers, business minds and CEOs, Sharpton said.

This year the festival is paying tribute to one of its longtime stars: Maze, featuring Frankie Beverly. 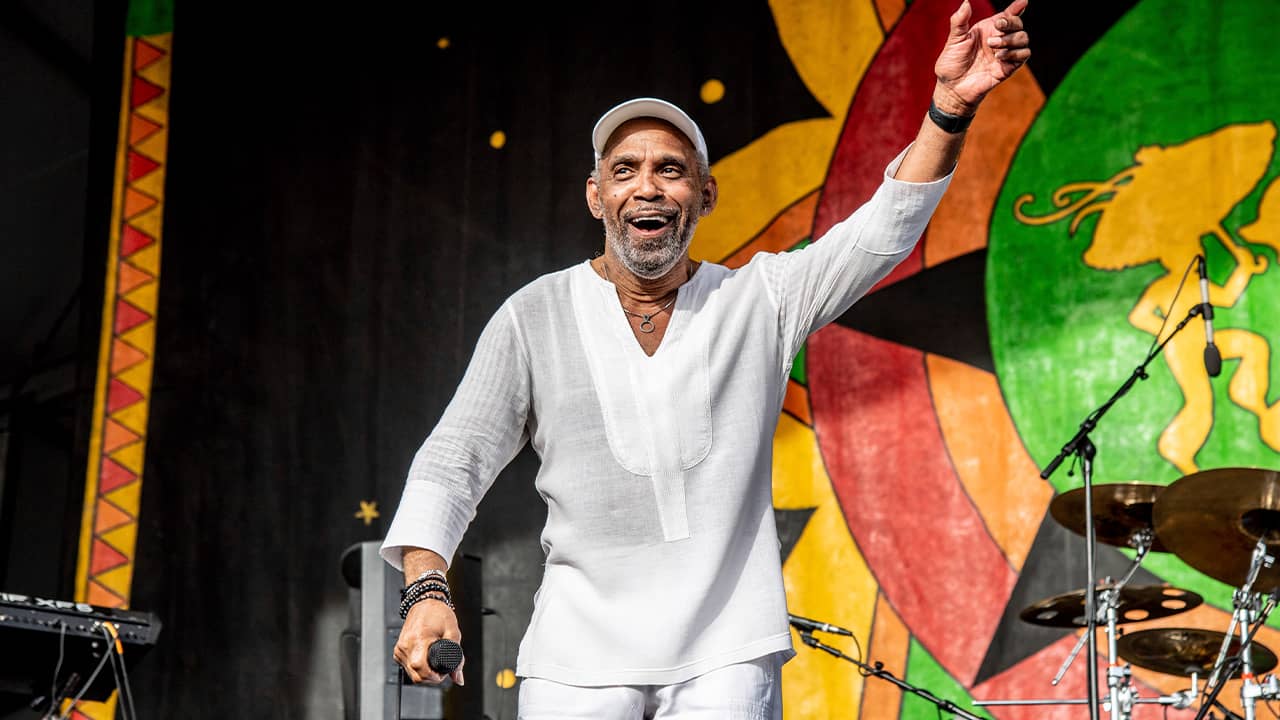 The Grammy winning singer-songwriter returns to the festival this year but moves to the main stage instead of the Superlounges — smaller venues set up in the Superdome’s cavernous halls.
“I’m so excited,” she said. “It’s just honestly crazy but dope too because last year, people were telling me I should have been on the main stage and now I am.”
H.E.R., whose real name is Gabriella Wilson, said she’s looking forward to being on stage the same night as icons Blige and first lady Michelle Obama. She’s also eager to sample New Orleans’ famous cuisine.
“Essence is one of the places you go if you want (to) see all the beautiful black people from all over the world. It’s black excellence at its finest, literally. And having it in New Orleans is the best place because the food is crazy good!”
She hopes her performance is an opportunity to expose those who may not be familiar with her music.
“Expect a lot of musicality. I will be picking up a few different instruments,” she said. “It will be electric. A lot of people who haven’t seen me live are in for a treat. I just plan to sing my heart out and invite them into my world.” 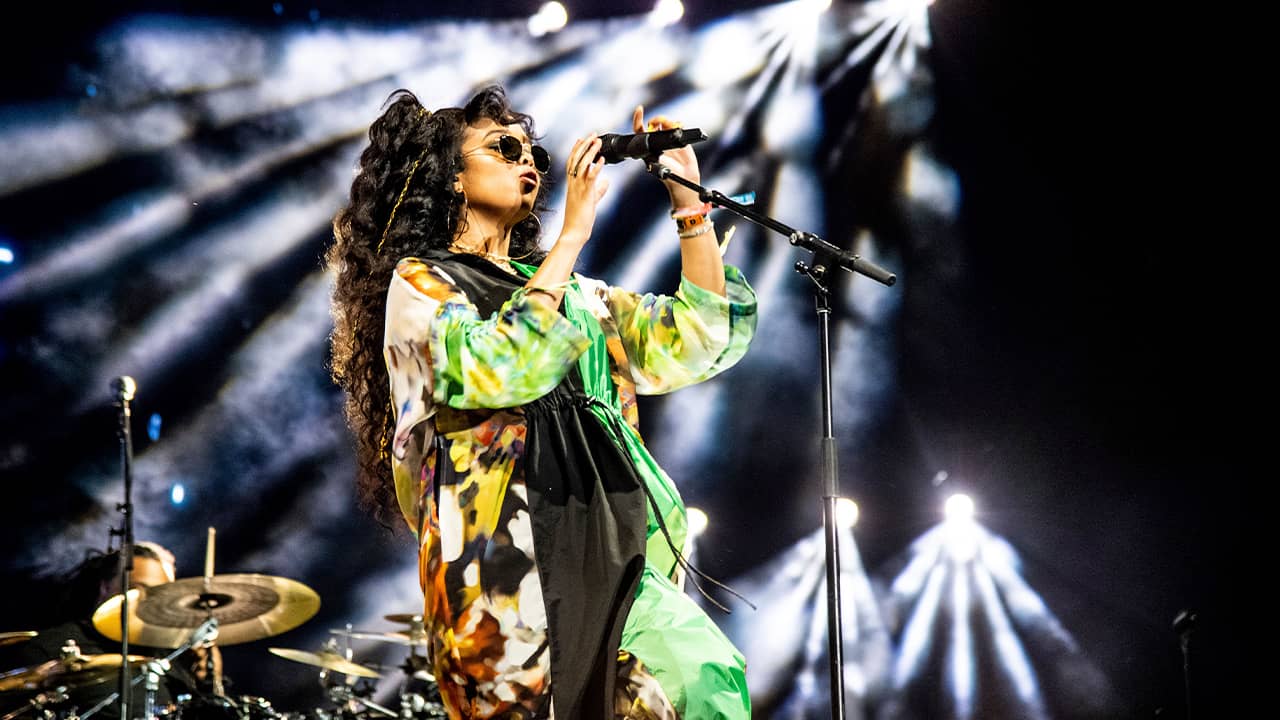 Before the thousands of festival-goers head home Sunday, many of them gather at the convention center for a gospel service to connect spiritually.
McClurkin, a pastor and singer, has performed and hosted the service multiple times and says he’s looking forward to this year’s event.
“It’s really devoted to us as African Americans, not just women, but to the black experience,” McClurkin said. “At this point, it’s got to be one of most sought after tickets in the world.”
The “We Fall Down” singer said he’s awed by the festival’s “diversity and appreciation for ethnic accomplishment” and that the event is also a platform for gospel performers.
“It exposes us to people who may not have known us before and gives us an opportunity to minister to people from all walks of life,” McClurkin said. “A major part of the festival is set aside for a Sunday morning service and people make their way to it whether they’re there to see a Janet Jackson or a Beyonce, they’re crammed into that hall to serve God.”