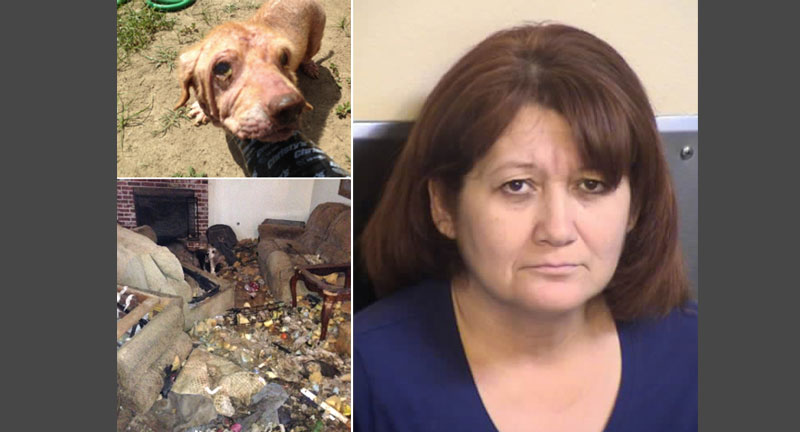 A Kingsburg woman faces charges of animal cruelty after several dead cats and 15 malnourished dogs were found in her home, Kingsburg police said.
Yvette Martinez, 50, surrendered to authorities Monday, police said Tuesday. She was arrested on 16 felony counts of cruelty to animals.
Fifteen dogs were found inside the home. No food or water was available to them, police said, and examinations later at a Kingsburg veterinary hospital determined all the dogs were infested with fleas.

Dogs in Home Filled with Garbage

On Sunday, police went to the home in the 200 block of West Orange Street to investigate neighbors’ reports of continuous barking and a foul odor coming from inside. Officers found several dead cats in the backyard, which was strewn with animal feces and trash.
There was no one at the home, but officers could see dogs in distress inside, police said. Officers entered the home and found the dogs, along with a dead cat in a bedroom. Animal feces and garbage filled the house, sometimes several inches deep, police said.
The dogs were taken to Second Chance Animal Shelter in Selma. The house has been quarantined and city authorities are working to condemn it as a health hazard.
Officers who went to the home underwent medical screenings and consultations to ensure their health and well-being.