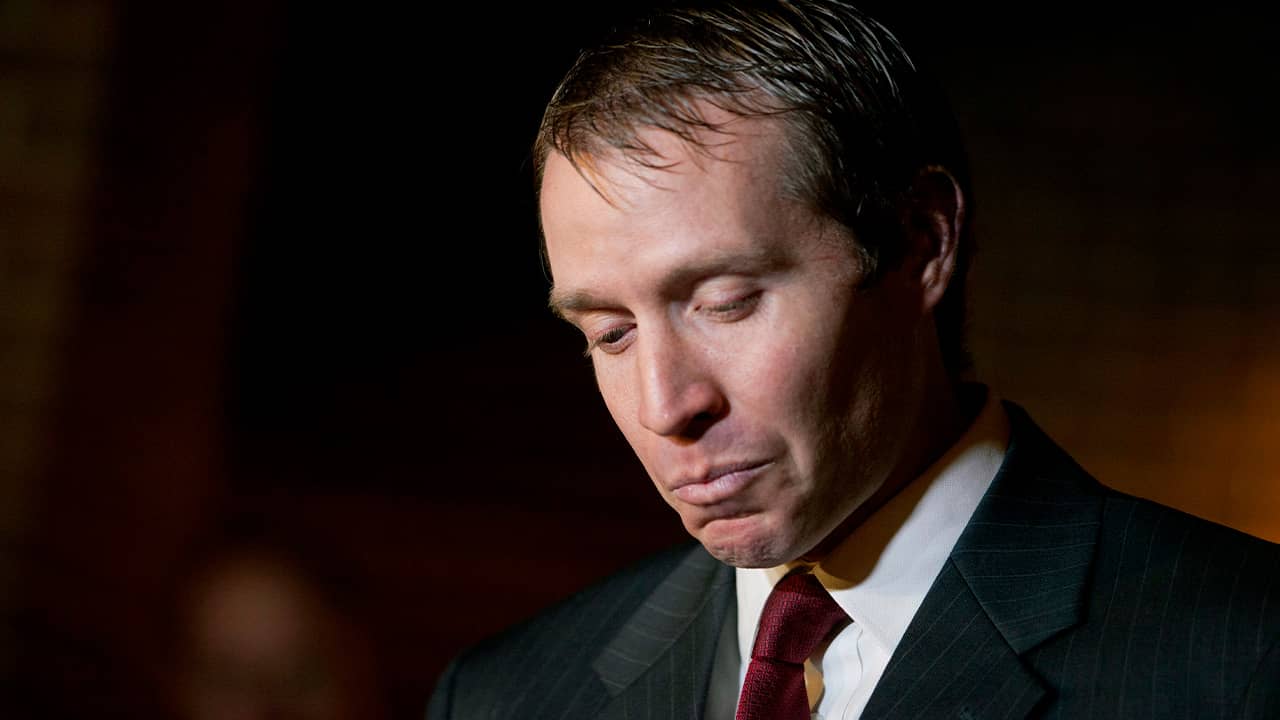 HARTFORD, Conn. — The father of a victim of the Sandy Hook Elementary School massacre has won a defamation lawsuit against the authors of a book that claimed the shooting never happened — the latest victory for victims’ relatives who have been taking a more aggressive stance against conspiracy theorists.
The book, “Nobody Died at Sandy Hook,” also has been pulled from shelves to settle claims against its publisher filed by Lenny Pozner, whose 6-year-old son Noah was killed in the shooting.
“My face-to-face interactions with Mr. Pozner have led me to believe that Mr. Pozner is telling the truth about the death of his son,” Dave Gahary, the principal officer at publisher Moon Rock Books, said Monday. “I extend my most heartfelt and sincere apology to the Pozner family.”
A Wisconsin judge issued a summary judgment Monday against authors James Fetzer and Mike Palacek, a ruling that was separate from the settlement between Pozner and the book’s publisher. A trial to decide damages has been set for October.
Pozner has been pushing back for years against hoaxers who have harassed him, subjected him to death threats and claimed he was an actor and his son never existed. He has spent years getting Facebook and others to remove conspiracy videos and set up a website to debunk conspiracy theories.

Fight Has Been Joined by Others Who Lost Relatives

Lately, the fight has been joined by others who lost relatives in the Dec. 14, 2012, school shooting in Newtown, Connecticut. After quietly enduring harassment and ridiculous assertions for years, some have changed their approach, deciding the only way to stop it is to confront it. Their efforts have turned the tables on the hoaxers, including Alex Jones, host of the conspiracy-driven Infowars website.

Pozner is the lead plaintiff in several of at least nine cases filed against Sandy Hook deniers in federal and state courts in Connecticut, Florida, Texas and Wisconsin.
In the case against Jones, the families of eight victims and a first responder say they’ve been subjected to harassment and death threats from his followers. A Connecticut judge ruled in the defamation case that Jones must undergo a sworn deposition, which is scheduled for July in Texas.

Wisconsin’s Dane County Circuit Judge Frank Remington ruled Monday that Pozner had been defamed by Fetzer and Palacek, whose book claimed, among other things, that Noah’s death certificate had been faked, according to Pozner’s lawyer, Jake Zimmerman.
“If Mr. Fetzer wants to believe that Sandy Hook never happened and that we are all crisis actors, even that my son never existed, he has the right to be wrong. But he doesn’t have the right to broadcast those beliefs if they defame me or harass me,” Pozner said.

‘This Wasn’t a Massacre, It Was a FEMA Drill’

Before the case went to a judge, Fetzer had said “evidence clearly shows this wasn’t a massacre, it was a FEMA drill,” referring to the Federal Emergency Management Agency.