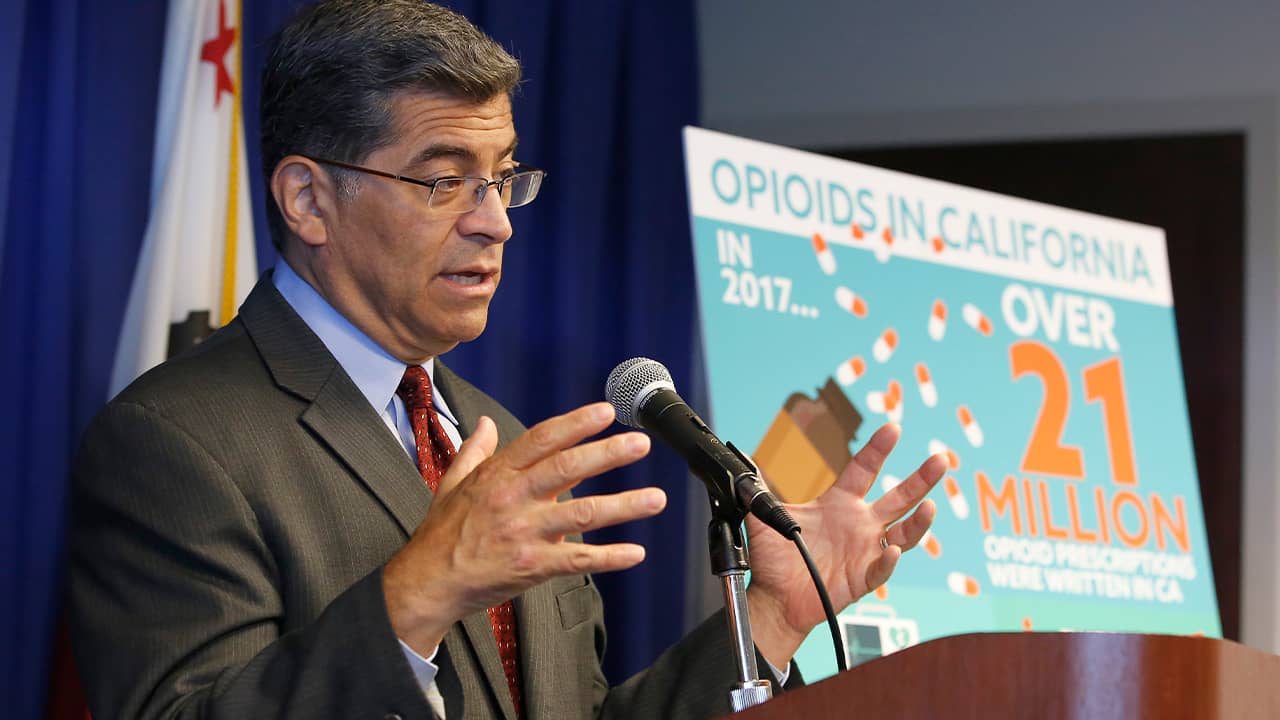 SACRAMENTO — California, Hawaii, Maine and the District of Columbia filed lawsuits Monday against the maker of OxyContin and the company’s former president, alleging the firm falsely promoted the drug by downplaying the risk of addiction while it emerged as one of the most widely abused opioids in the U.S.
The lawsuits were the latest by states and local governments against drugmaker Purdue Pharma as the country grapples with an opioid epidemic. About a dozen states have also targeted Richard Sackler, the company’s former leader, or members of his family.

“Purdue and the Sacklers traded the health and well-being of Californians for profit and created an unprecedented national public health crisis in the process,” California Attorney General Xavier Becerra said at a news conference announcing the legal action by his state. “We will hold them accountable.”
Becerra, echoing allegations lodged against Purdue Pharma by others attorneys general across the country, said the company falsely introduced OxyContin in the 1990s as a safe and effective treatment for chronic pain.
However, the California’s lawsuit alleges that Purdue and Sackler knew in 1997 that drugs containing oxycodone, such as OxyContin, were widely abused. Still, company representatives marketed it as not being addictive and downplayed the potential for abuse, the suit states.

In a statement Monday, Purdue Pharma and former directors of the company denied the allegations and vowed to defend against the “misleading attacks.” FILE – This Feb. 19, 2013, file photo shows OxyContin pills arranged for a photo at a pharmacy, in Montpelier, Vt. Five state attorneys general announced lawsuits Thursday, May 16, 2019, seeking to hold the drug industry responsible for an opioid addiction crisis that has become the biggest cause of accidental deaths across the country and in many states. The new filings in Iowa, Kansas, Maryland, West Virginia and Wisconsin mean 45 states have now taken legal action in recent years against Purdue Pharma, the maker of OxyContin. Some of the states are also suing Richard Sackler, a former president and member of the family that owns the Connecticut-based firm. (AP Photo/Toby Talbot, File)

States Have Cracked Down on Doctors Who Overprescribe the Drug

The company previously said it is pursuing several options, including bankruptcy, which could upend pending litigation by states as well as about 2,000 local and tribal governments across the country.
The lawsuits filed Monday allege that Purdue Pharma pushed doctors to prescribe opioids for longer periods of time at higher doses.
“Our complaint alleges that their unrelenting sales visits to doctors and deceptive practices led to a marked increase in opioid prescriptions, and a corresponding increase in the number of Mainers suffering from opioid use disorder,” Maine Attorney General Aaron M. Frey said.

Maine’s lawsuit names Richard Sackler, Jonathan Sackler, Mortimer D.A. Sackler and Kathe Sackler — all of whom have served on the board of Stamford, Connecticut-based Purdue Pharma.
States have also cracked down on doctors who overprescribe the drug.
Hawaii Attorney General Clare Connors said in a statement Monday that she has filed lawsuits alleging violations of Hawaii’s Unfair and Deceptive Acts and Practices Law.

One complaint alleges Purdue deceptively marketed OxyContin and other opioids. Another says manufacturers and distributors sold more opioids than could be “legitimately prescribed.”