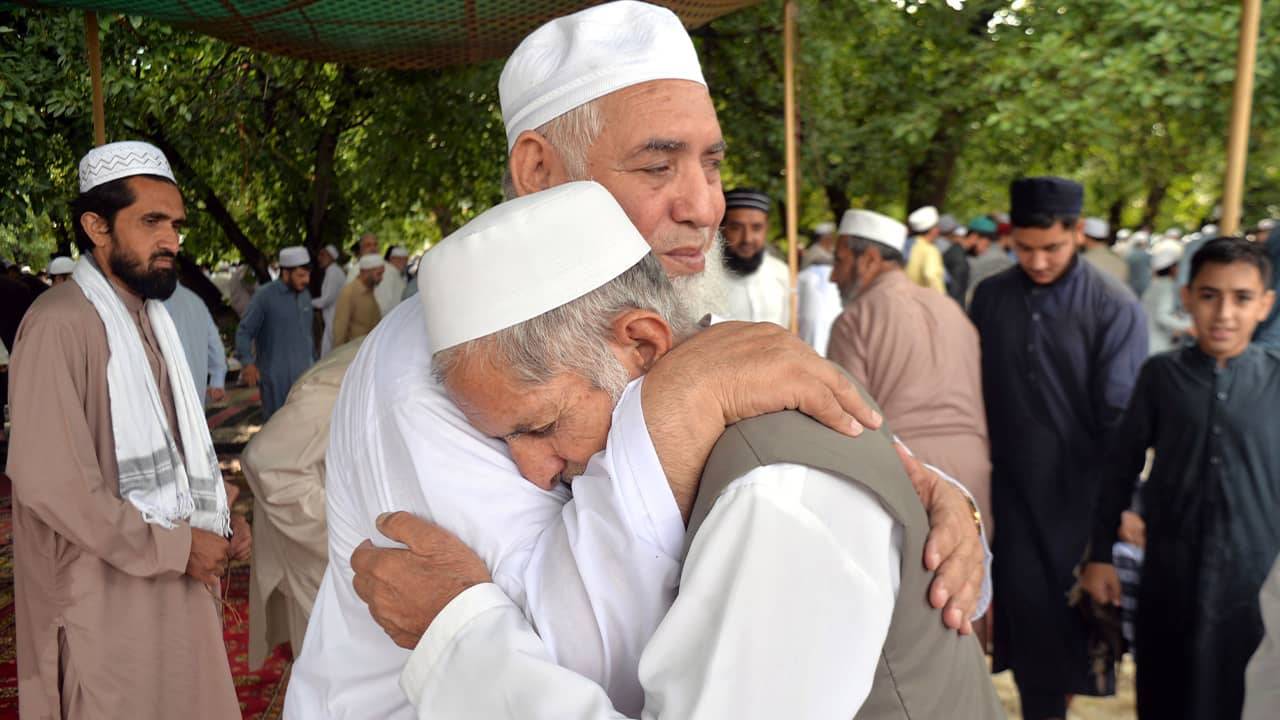 BEIRUT — Muslims across the Middle East and beyond began Tuesday marking the Islamic holiday of Eid al-Fitr, one of the most celebrated holidays for the world’s 1.5 billion Muslims, amid confusion about the start of the three-day holiday fed partly by political differences.

Muslim Sunni powerhouse Saudi Arabia, as well as Kuwait, Qatar and the United Arab Emirates, announced the first day of Eid is Tuesday, whereas Egypt, Syria, Jordan, the Palestinian territories and others said the Shawwal crescent moon was not visible across the country and won’t start till Wednesday.
In Gaza, mosques blared with Eid calls Monday evening, shortly after Saudi Arabia announced the end of Ramadan, only to be interrupted swiftly when the Palestinian Grand Mufti in Jerusalem said they could not spot the crescent, thus extending Ramadan by one more day.

An Imam at al-Khalidi mosque on the Gaza City beach apologized and told worshippers: “We can’t but follow the instructions of our Mufti,” and asked them to stay in the mosque for the Ramadan night prayer known as Taraweeh.
It was not clear why Gaza did not follow Saudi Arabia’s lead, as it usually does. But the change by the local Islamic authorities drew anger, jokes and criticism on social media. Some posts urged the faithful to wake up in the morning and eat, pretending they did not know the Eid decision had changed.
Other criticism was more serious. One post complained the change in timing “stripped our children of Eid happiness.”
A similar blunder occurred in Libya, where religious authorities in the capital Tripoli, the seat of the U.N-supported government, initially said Eid starts Wednesday, only to reverse themselves and say it begins Tuesday.

“Muftis will always and have always questioned astronomers,” Abu Dhair said, adding that it is worsening divisions between Muslims. “If Muslim society could have agreed on astronomical observation it would have been a positive sign for finding common ground in the Arab world.”


Related Story: Here are 6 Things You Should Know About Ramadan

Ordinarily a time for family and festivities, this year’s Eid comes amid war and turmoil in more than one country — and that translated into more Eid confusion. In Sudan, where the ruling military just conducted a deadly crackdown against pro-democracy protesters, killing at least 35, activists defied the government’s decree on when Eid starts.
Sudanese protesters have camped for months outside the military’s headquarters as the two sides negotiated over who would run the country after longtime strongman Omar al-Bashir’s ouster in April. On Monday, the military had had enough and moved to crush the protest movement, overrunning the main sit-in site in the capital, unleashing furious volleys of gunfire, beating protesters with sticks and burning down tents. Kenyan Muslims stand for prayers Tuesday outside Masjid As Salaam during Eid al-Fitr prayers in Nairobi, Kenya. Muslims around the world celebrate the end of the holy month of Ramadan. (AP Photo/Sayyid Abdul Azim)

The SPA urged people across the country to “pray for the martyrs” in their Eid prayers and take to the streets to protest.
Mohammed Yousef al-Mustafa, a spokesman for the SPA, said the military authorities announced Tuesday as a fasting day in efforts to keep people in their homes after Monday’s “massacre.”
In Yemen, the internationally recognized government said Tuesday is the first day of Eid, while the Shiite Houthi rebels who control much of the country including the capital, Sanaa, announced that Eid starts on Wednesday. It was the first time in Yemen’s modern history that its people were split over celebrating Eid.

In Afghanistan, Shiites were told by clerics that the moon was not seen so Ramadan would not begin for them until Wednesday. Sunnis, however, are celebrating Tuesday. The Taliban, who are Sunni hard-liners, have said there will be no cease-fire as in previous years while U.S. and NATO troops are still in Afghanistan.
Pakistan, which is mostly Sunni, traditionally celebrates a day after most of the Muslim world. Pakistan is also split within the country along geographical lines, with residents of Khyber Pukhtunkhwa province, located on the border with Afghanistan and dominated by ethnic Pashtuns, celebrating Eid on Tuesday. The new moon was apparently spotted in North Waziristan, while the rest of Pakistan will celebrate on Wednesday.