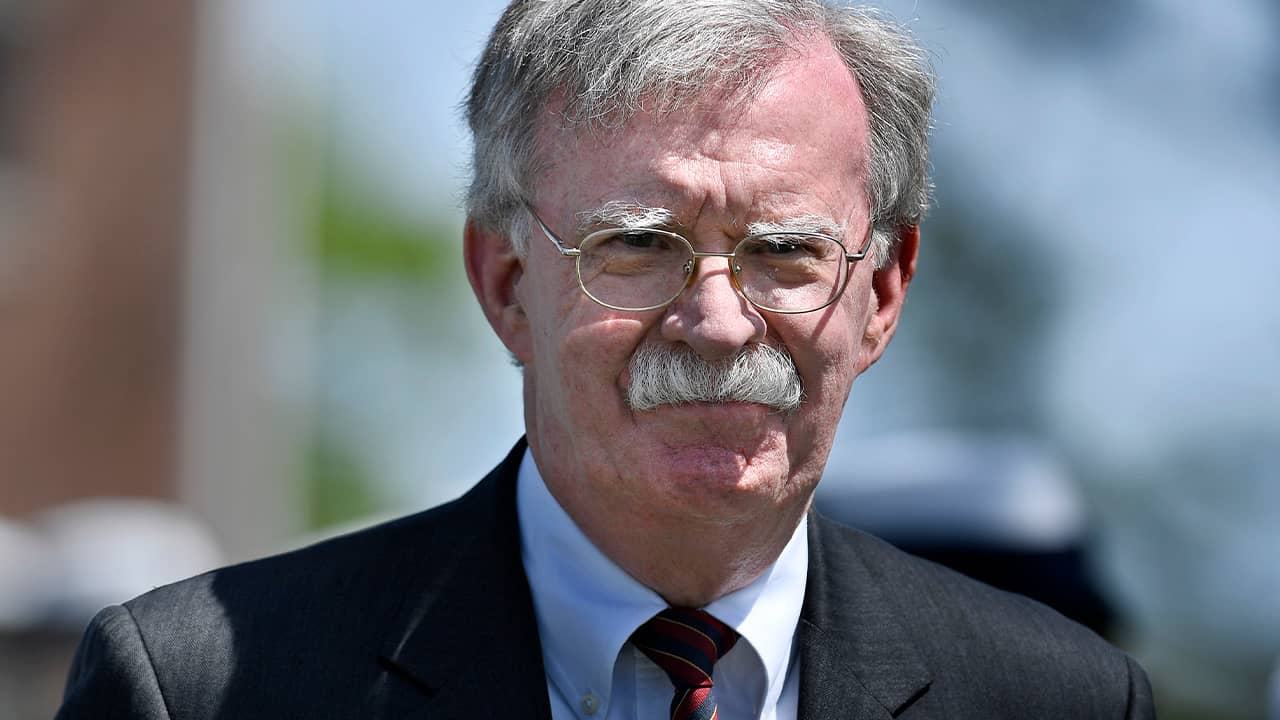 ABU DHABI, United Arab Emirates — President Donald Trump’s national security adviser warned Iran on Wednesday that any attacks in the Persian Gulf will draw a “very strong response” from the U.S., taking a hard-line approach with Tehran after his boss only two days earlier said America wasn’t “looking to hurt Iran at all.”

John Bolton’s comments are the latest amid heightened tensions between Washington and Tehran that have been playing out in the Middle East.

Bolton spoke to journalists in Abu Dhabi, the capital of the United Arab Emirates, which only days earlier saw former Defense Secretary Jim Mattis warn there that “unilateralism will not work” in confronting the Islamic Republic.

The dueling approaches highlight the divide over Iran within American politics. The U.S. has accused Tehran of being behind a string of incidents this month, including the alleged sabotage of oil tankers off the Emirati coast, a rocket strike near the U.S. Embassy in Baghdad and a coordinated drone attack on Saudi Arabia by Yemen’s Iran-allied Houthi rebels.

On Wednesday, Bolton told journalists that there had been a previously unknown attempt to attack the Saudi oil port of Yanbu as well, which he also blamed on Iran. He described Tehran’s decision to back away from its 2015 atomic deal with world powers as evidence it sought nuclear weapons, even though it came a year after America unilaterally withdrew from the unraveling agreement.

Bolton stressed the U.S. had not seen any further Iranian attacks in the time since, something he attributed to the recent military deployments — America recently sent an aircraft carrier and B-52 bombers to the Persian Gulf. But he warned the U.S. would strike back if again attacked.

“The point is to make it very clear to Iran and its surrogates that these kinds of action risk a very strong response from the United States.” — John Bolton

“The point is to make it very clear to Iran and its surrogates that these kinds of action risk a very strong response from the United States,” Bolton threatened, without elaborating.

A longtime Iran hawk, Bolton blamed Tehran for the recent incidents, at one point saying it was “almost certainly” Iran that planted explosives on the four oil tankers off the UAE coast. He declined to offer any evidence for his claims.

“Who else would you think is doing it?” Bolton asked at one point when pressed. “Somebody from Nepal?”

Separately in Tehran, President Hassan Rouhani said that the “road is not closed” when it comes to talks with the U.S. — if America returns to the nuclear deal. However, the relatively moderate Rouhani faces increasing criticism from hard-liners and Supreme Leader Ayatollah Ali Khamenei over the collapsing accord.

Speaking in Abu Dhabi, Bolton linked the rocket fire in Baghdad, the alleged sabotage of the ships and the drone attack by Yemen’s rebels, describing them as a response from Iran and its proxies.

“I think it’s important that the leadership in Iran to know that we know,” Bolton said. He then brought up what he said could be a considered a fourth, previously unknown attack.

“There also had been an attack, an unsuccessful attack, on the Saudi port of Yanbu a couple of days before the attack on the tankers,” he said, without elaborating.

Saudi officials did not immediately respond to a request for comment about Bolton’s claim on Yanbu, which is the terminus, or end point, of the kingdom’s East-West Pipeline. The Houthis have already targeted two pumping stations on that pipeline during a coordinated drone assault.

Bolton also said the U.S. would boost American military installations and those of its allies in the region.

Earlier this month, on the first anniversary of Trump’s withdrawal from the nuclear deal, Tehran announced it would begin to back away from the agreement.

The accord saw Iran limit its enrichment of uranium in exchange for the lifting of economic sanctions. Trump pulled out of the accord as he said it didn’t go far enough in limiting the Iranian nuclear program, nor did it address Iran’s ballistic missile program.

Bolton said that without more nuclear power plants, it made no sense for Iran to stockpile more low-enriched uranium as it now plans to do. But the U.S. also earlier cut off Iran’s ability to sell its uranium to Russia in exchange for unprocessed yellow-cake uranium.

“We’re not looking for regime change — I just want to make that clear. We’re looking for no nuclear weapons.” — President Donald Trump

Iran has set a July 7 deadline for Europe to offer better terms to the unraveling nuclear deal, otherwise it will resume enrichment closer to weapons level. Bolton declined to say what the U.S. would do in response to that.

“There’s no reason for them to do any of that unless that’s part of an effort to reduce the breakout time to produce nuclear weapons,” Bolton said. “That’s a very serious issue if they continue to do that.”

Bolton’s trip to the UAE comes just days after Trump in Tokyo appeared to welcome negotiations with Iran.

“We’re not looking for regime change — I just want to make that clear,” Trump said. “We’re looking for no nuclear weapons.”

But Bolton himself, for years before becoming national security adviser, called for overthrowing Iran’s government in interviews and in paid speaking engagement before an Iranian exile group.

“I don’t back away from any of it. Those are positions I took as a private citizen,” Bolton said when asked about his prior remarks. “Right now I’m a government official. I advise the president. I’m the national security adviser, not the national security decision-maker. It’s up to him to make those decisions.”

He also dismissed reports that he faced criticism from Trump over his hard-line stance with what he described as an old proverb: “The dogs bark and the caravan moves on.”