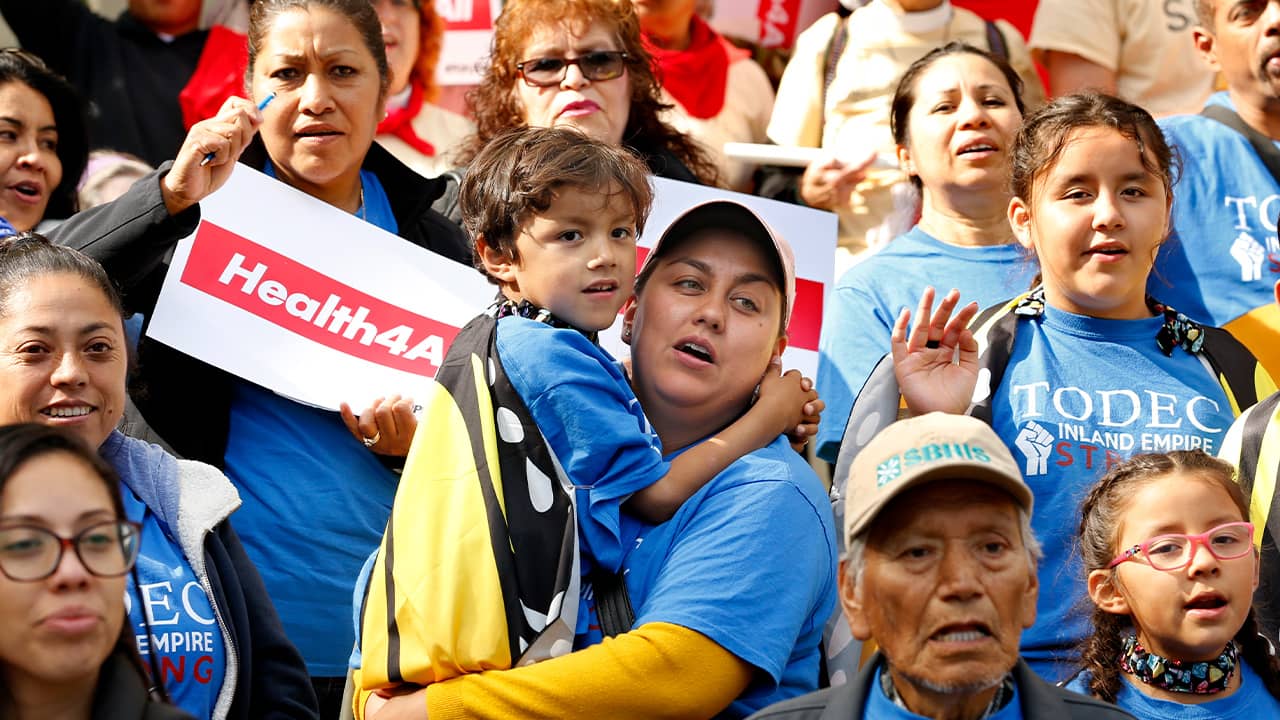 Doctors at a San Diego-area clinic suspected Genoveva Angeles might have cancer, but they could not say for sure because they did not have the equipment to test for it and Angeles, who had been in the country illegally for 20 years, could not afford to see a specialist and did not qualify for state assistance because of her immigration status.

Gov. Gavin Newsom wants to spend about $98 million a year to cover low-income immigrants between the ages of 19 and 25 who are living in the country illegally.

In September, Angeles finally learned she had gallbladder cancer. Serrano said she was in the hospital room when Angeles, in her late 60s, died about two weeks later.

“We don’t know if she would have survived treatment, but she was not even able to access it,” said Serrano, chairwoman of the San Diego Immigrant Rights Consortium.

“She never had a chance to fight cancer.”

Stories like that have prompted California lawmakers to consider proposals that would make the state the first in the nation to offer government-funded health care to adult immigrants living in the country illegally. But the decision on who to cover may come down to cost.

Gov. Gavin Newsom wants to spend about $98 million a year to cover low-income immigrants between the ages of 19 and 25 who are living in the country illegally.

‘3.4 Billion Reasons Why It Is a Challenge’

The state Assembly has a bill that would cover all immigrants in California living in the country illegally over the age of 19. But Newsom has balked at that plan because of its estimated $3.4 billion price.

“There’s 3.4 billion reasons why it is a challenge,” he said.

The state Senate wants to cover adults ages 19 to 25, plus seniors 65 and older. That bill’s sponsor, Sen. Maria Elana Durazo, scoffed at cost concerns, noting the state has a projected $21.5 billion budget surplus.

“When we have, you know, a good budget, then what’s the reason for not addressing it?” she said.

The Senate and Assembly will finalize their budget proposals this week before beginning negotiations with the governor. State law says a budget has to be passed by June 15 or lawmaker forfeit their pay.

At stake, according to legislative staffers, are the 3 million people left in California who don’t have health insurance. About 1.8 million of them are immigrants in the country illegally. Of those, about 1.26 million have incomes low enough to qualify them for the Medi-Cal program.

“Symbolically, this is quite significant. This would be establishing California as a counter to federal policies, both around health care and immigration,” said Larry Levitt, senior vice president for health reform at the Kaiser Family Foundation.

California Would Require Everyone to Purchase Health Insurance

If enacted, it could prompt yet another collision with the Trump administration, which has proposed a rule that could hinder immigrants’ residency applications if they rely on public assistance programs such as Medicaid.

The proposed rule from the Department of Homeland Security says the goal is to make sure “foreign nationals do not become dependent on public benefits for support.”

California is also considering a measure requiring everyone in the state to purchase health insurance. People who refuse would have to pay a penalty, and the money would go toward helping middle-income residents purchase private health insurance plans.

Many immigrants who are in the country illegally are already enrolled for some government-funded programs, but they only cover emergencies and pregnancies.

Serrano was one of hundreds of immigrant activists who came to the Capitol on Monday for “Immigrant Day of Action.” She and her husband spent the day meeting with lawmakers, sharing the story of Angeles.