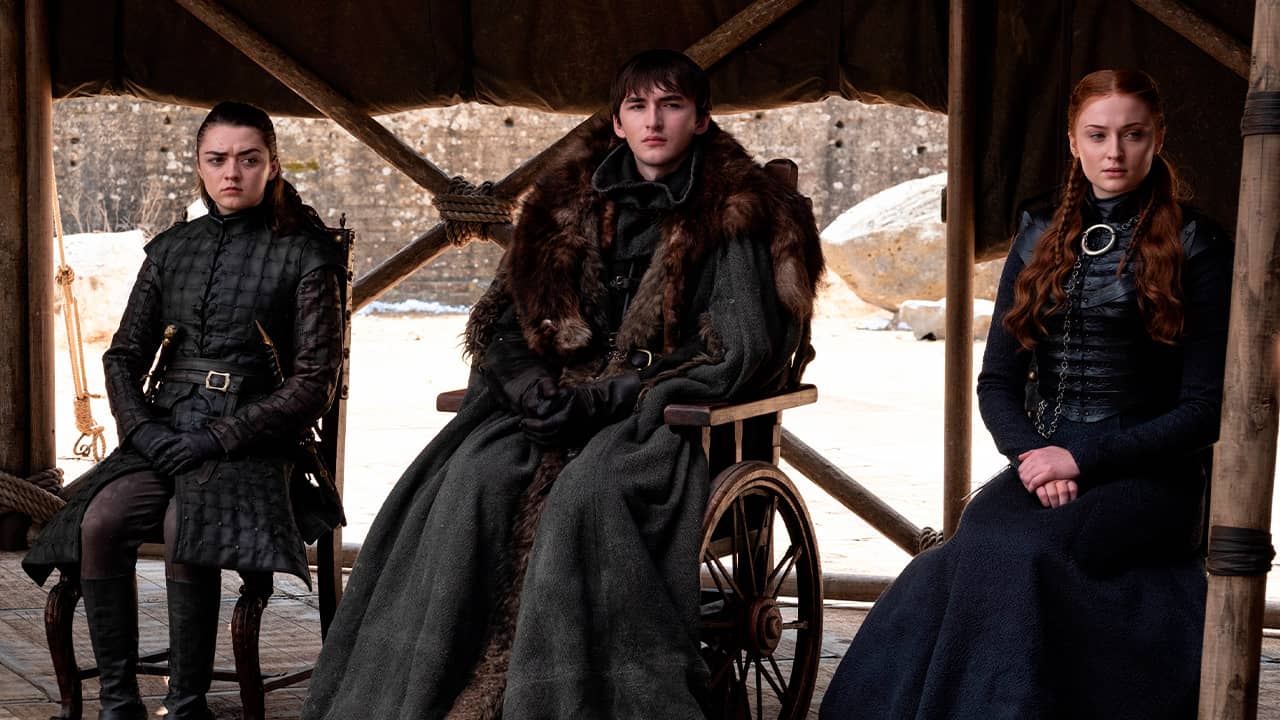 LOS ANGELES — Winter has come and winter has gone, the last of the heads have been lopped off and the last of the dragon fire has been spit as “Game of Thrones” aired its 73rd and final episode Sunday night.

While the results of the game were a split decision as they were in most other episodes in the show’s eight seasons, the finale brought some clear winners, at least one clear loser, and a major upset.

Brandon Stark, who until recently appeared happy to remain a mystic philosopher forever, instead becomes philosopher-king, Bran the Broken.

The show was very much a split decision for critics and the public. The finale had a 57% fresh score among reviewers on Rotten Tomatoes.

Yet he doesn’t get to sit on the Iron Throne (a dragon melted that) or rule the Seven Kingdoms (his sister Sansa broke one off to become queen of an independent North.)

And Daenerys Targaryen became the last of the show’s many, many major character deaths, given a Shakespearean send-off by Jon Snow, who watched her burn thousands of innocents and believed she had become a mad tyrant.

“You are my queen, now and always,” Jon says to Daenerys as he shoves a dagger into her, giving her what may have been the shortest reign of any monarch in Westeros.

The show was very much a split decision for critics and the public, too. The finale had a 57 percent fresh score among reviewers on Rotten Tomatoes.

And while thousands of viewers aired their gripes on social media as they did all season, plenty of others thought it was a fitting end.

Regardless of how they felt about it, they watched. When ratings are released on the show Monday, it will almost certainly be the most-viewed episode in “Game of Thrones” history, which would make it the most viewed episode of any kind in HBO history.

And fans made memes — one, substituting new text for Brienne of Tarth’s completed history of Jaime Lannister, was an early front-runner for favorite from the finale.

Daenerys had always vowed to “break the wheel” of Seven Kingdoms rulers, and in some ways she did, yet the show came full circle anyway. Bran’s surprise ascent to the throne would have been no shock at all to viewers just after the show’s first episode — where he is clearly marked as a chosen figure, forced to witness a beheading by a father teaching him the ways of the world, and pushed from a high window only to survive, paralyzed.

He then over several seasons became a mystical seer known as the Three-eyed Raven, with an essential role but distant presence and personality. He was even written out of the series for an entire season before returning, hard to recognize after a serious bout of puberty.

In the finale, a council of the remaining nobles of Westeros votes for Bran after a suggestion and major speech from Tyrion Lannister on the value of having a king who is both infinitely wise and incapable of having terrible offspring.

While saying that he didn’t really want the job, Bran accepts it without hesitation.

“Why do you think I came all this way?” he says, and quickly rewards Tyrion by making him the hand of the king.

Before Bran is chosen, Samwell Tarly earnestly suggests democracy as a possibility. He is quickly laughed off.

Jon Snow also came full circle on the show. As punishment, the queen-slayer returns to the great northern Wall, the same journey he made when the series began, and is reunited with his dire wolf Ghost, whom he met in episode one. He also finds a spot again among the Wildlings, or “free people,” as they head north beyond the wall.

Author George R.R. Martin still intends to finish and release two more books in the series after the show passed him by years ago.

Sansa’s crowning as queen of Winterfell was as predictable as the finale got — she’d clearly been headed for the role for a while.

While the night brought a big end for “Thrones” fans, its universe was far from over.

Author George R.R. Martin still intends to finish and release two more books in the series after the show passed him by years ago.

And spin-offs are in the planning stages. One pilot in production takes place in the same realm thousands of years earlier, but HBO has said others are in consideration.

Arya Stark, who saved humanity early in the season, decides to sail on to unknown lands, and her departure on a ship is among the series’ final images.

“What’s west of Westeros?” she asks her Stark siblings. “No one knows. It’s where all the maps stop. It’s where I’m going.”