Iran Claims Right to Respond to 'Unacceptable' US Sanctions 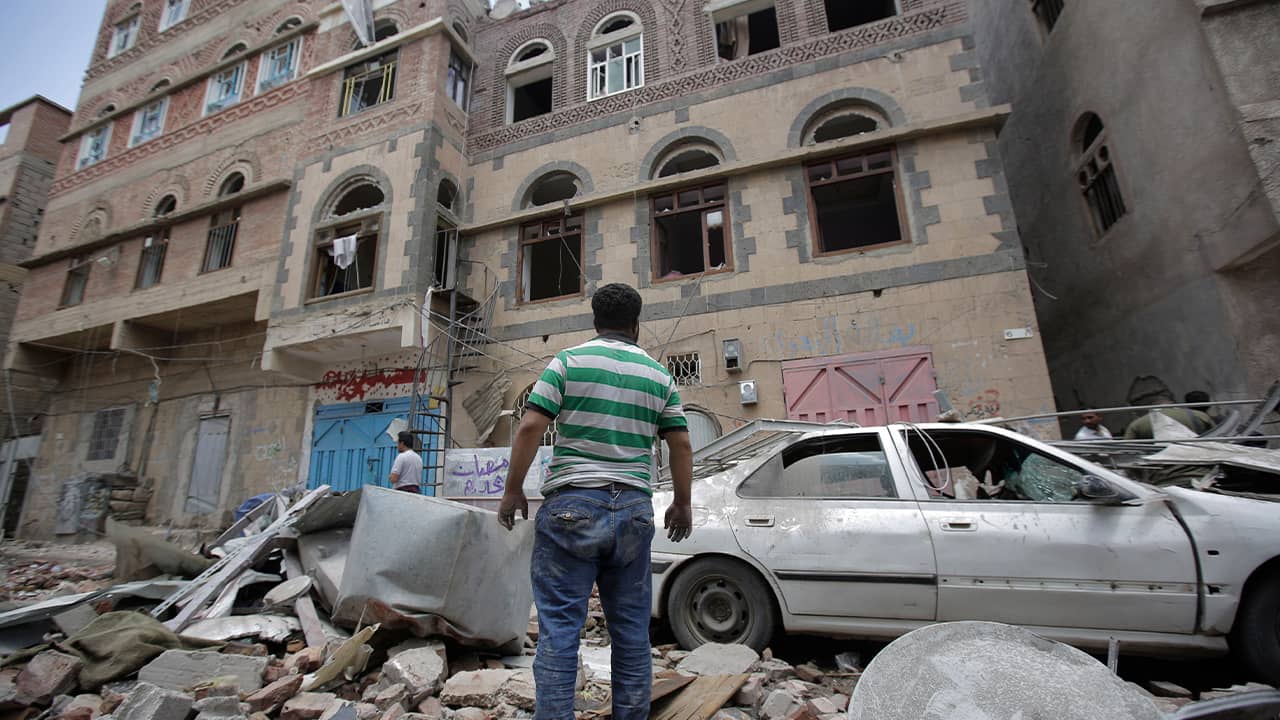 DUBAI, United Arab Emirates — Saudi Arabia on Thursday blamed Tehran for a drone attack by Yemen’s rebels that knocked out a key oil pipeline and a newspaper close to the palace called for the U.S. to carry out “surgical” strikes on Iran, adding a new layer of tension to the standoff in the Persian Gulf.

A state-aligned Saudi newspaper went further, running an editorial calling for “surgical” U.S. strikes on Iran in retaliation. Iran has been accused by the U.S. and the U.N. of supplying ballistic missile technology and arms to the Houthis, which Tehran denies.

Tensions have flared in recent weeks after the U.S. sent warships and bombers to the region to counter an alleged threat from Iran. Four oil tankers were targeted in sabotage attacks Sunday off the coast of the United Arab Emirates, and drones struck a Saudi oil pipeline Tuesday in an attack claimed by Iran-aligned Houthi rebels.

The crisis is rooted in President Donald Trump’s decision last year to withdraw the U.S. from the 2015 nuclear accord between Iran and world powers, and impose massive sanctions that have crippled Iran’s economy.

Saudi Arabia’s deputy defense minister, Prince Khalid bin Salman, tweeted that the drone attack on two Saudi Aramco pumping stations “proves that these militias are merely a tool that Iran’s regime uses to implement its expansionist agenda in the region.”

A state-aligned Saudi newspaper went further, running an editorial calling for “surgical” U.S. strikes on Iran in retaliation. Iran has been accused by the U.S. and the U.N. of supplying ballistic missile technology and arms to the Houthis, which Tehran denies.

The Arab News editorial, published in English, said it’s “clear that (U.S.) sanctions are not sending the right message” and that “they must be hit hard,” without elaborating on what specific targets should be struck.

The Saudi-led coalition conducted airstrikes on Houthi targets in the rebel-held capital, Sanaa, killing at least six people, including four children. At least 40 other people were wounded, according to Yemen’s Health Ministry.

Residents of Sanaa scrambled to pull wounded people from the rubble of a building hit by the airstrikes. Fawaz Ahmed told The Associated Press he saw three bodies in the rubble — a man, a woman and a child, all buried together.

The coalition has been at war with the Houthis since 2015, carrying out near-daily airstrikes. The drone attacks on the pipeline marked one of the rebels’ deepest and most significant strikes inside Saudi territory since the conflict began.

Foreign Minister Mohammad Javad Zarif said during a visit to Tokyo on Thursday that Iran has the right to respond to the “unacceptable” U.S. sanctions, but has exercised “maximum restraint.”

Iran recently said it would resume enriching uranium at higher levels if a new nuclear deal is not reached by July 7. That would potentially bring it closer to being able to develop a nuclear weapon, something Iran insists it has never sought.

A senior diplomat from the United Arab Emirates said late Wednesday it was “very committed to de-escalation” after the alleged sabotage of the oil tankers off its coast. The UAE is a close Saudi ally and a leading member of the coalition fighting in Yemen.

Anwar Gargash, the UAE minister of state for foreign affairs, declined to directly blame Iran for the attack, but he repeatedly criticized Tehran. Officials have not said who they think was behind the tanker attacks, which did not cause any injuries.

Last week, U.S. officials said they had detected signs of Iranian preparations for potential attacks on U.S. forces and interests in the Middle East, but Washington has not publicly provided any evidence to back up claims of an increased Iranian threat.

The U.S. State Department this week ordered all nonessential government staff to leave Iraq, and Germany and the Netherlands both suspended their military assistance programs in the country in the latest sign of tensions.

A senior British officer in the U.S.-backed coalition fighting the Islamic State group told reporters earlier this week that there had been no increased threat from Iranian-backed forces in Iraq and Syria. Maj. Gen. Chris Ghika’s comments exposed international skepticism over the U.S. military buildup.

The U.S. State Department this week ordered all nonessential government staff to leave Iraq, and Germany and the Netherlands both suspended their military assistance programs in the country in the latest sign of tensions.

The movement of diplomatic personnel is often done in times of conflict, but what is driving the decisions from the White House remains unclear. Iraq is home to powerful pro-Iranian militias, while also hosting more than 5,000 American troops. The U.S. military’s Central Command said its troops were on high alert, without elaborating.

Meanwhile, Al-Jazeera reported that Qatar is trying to “defuse escalating tensions” by sending its foreign minister, Sheikh Mohammed bin Abdulrahman Al Thani, to Tehran in recent days to speak with his Iranian counterpart. The Qatar-funded satellite news broadcaster cited an anonymous official for the report, adding that the U.S. was aware of the trip in advance.

Qatar hosts the forward headquarters of the Central Command at its vast Al-Udeid Air Base. Several of the B-52 bombers ordered by the White House to the region amid the latest escalation between Washington and Tehran are stationed there.

Qatar has grown closer to Iran diplomatically in the past two years after four Arab nations, including Saudi Arabia and the UAE, cut ties to protest its regional policies.