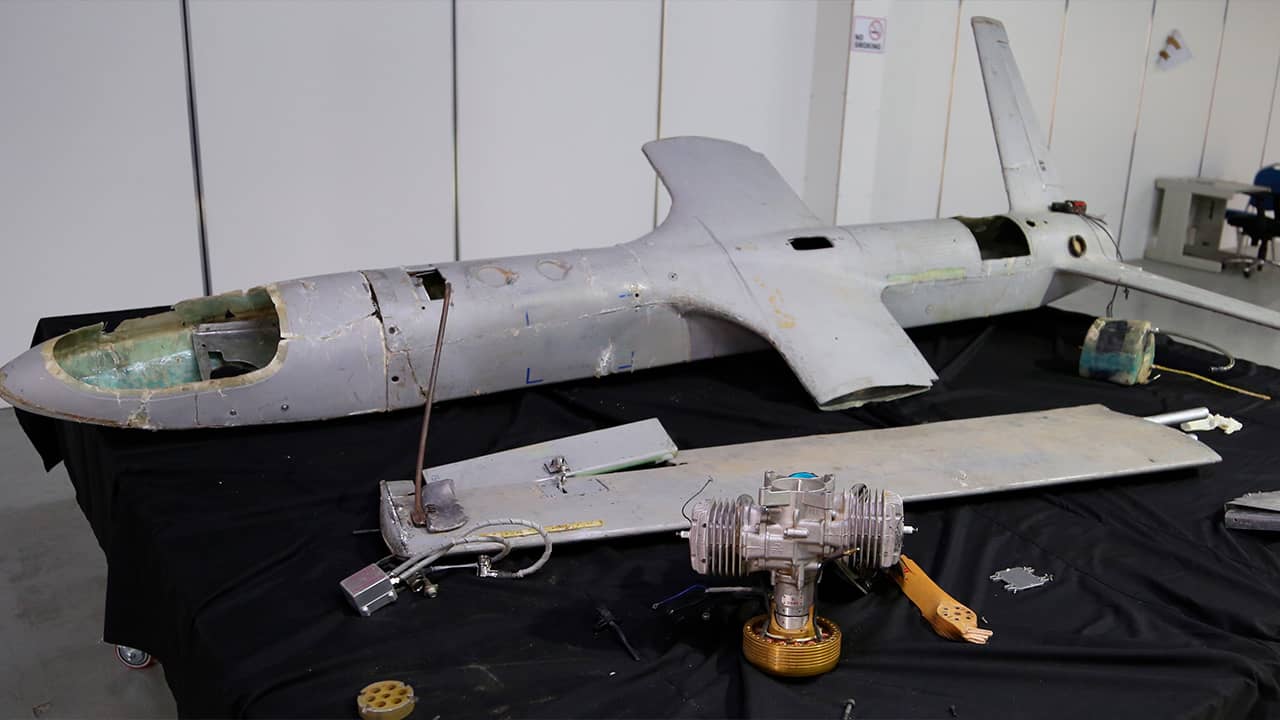 DUBAI, United Arab Emirates — A Yemen rebel drone strike this week on a critical Saudi oil pipeline shows that the otherwise-peaceful sandy reaches of the Arabian Peninsula now are at risk of similar assault, including an under-construction nuclear power plant and Dubai International Airport, among the world’s busiest.

“These installations are easily findable like on Google Earth. Once you get in the vicinity, that alone has that kind of effect of showing that the reach is there.” — Tim Michetti, an expert on illicit weapons technology with experience in Yemen

U.N. investigators said the Houthis’ new UAV-X drone, found in recent months during the Saudi-led coalition’s war in Yemen, likely has a range of up to 930 miles.

That puts the far reaches of both Saudi Arabia and the United Arab Emirates, the two main opponents of the Iranian-allied Houthi rebels in Yemen, within reach of drones difficult to detect and track. Their relatively simple design, coupled with readily available information online, makes targeting even easier, analysts say.

“These installations are easily findable like on Google Earth,” said Tim Michetti, an expert on illicit weapons technology with experience in Yemen. “Once you get in the vicinity, that alone has that kind of effect of showing that the reach is there.”

The drone attacks come amid heightened tensions between Iran and the U.S., a year after President Donald Trump pulled America out of Tehran’s nuclear deal with world powers. The White House has ordered an aircraft carrier and bombers into the region over a still-unexplained threat from Iran, while nonessential employees at U.S. diplomatic posts in Iraq have been ordered to leave the country.

A satellite photo obtained by The Associated Press of one of the pumping stations showed two black marks near where the pipeline passes that weren’t there the day before.

In the months after the March 2015 start of the war in Yemen, Houthi rebels began using drones in combat. The first appeared to be off-the-shelf, hobby-kit-style drones. Later, versions nearly identical to Iranian models turned up. Iran denies supplying the Houthis with weapons, although the U.N., the West and Gulf Arab nations say Tehran does.

The rebels have flown drones into the radar arrays of Saudi Arabia’s Patriot missile batteries, according to Conflict Armament Research, disabling them and allowing the Houthis to fire ballistic missiles into the kingdom unchallenged.

Some have been used for surveillance purposes, while others have been loaded with explosives and ball bearings to deadly effect. In January, a bomb-laden Houthi drone detonated at a military parade near Aden, killing at least six people, including the commander of military intelligence for Yemen’s internationally recognized government.

Saudi officials haven’t offered any photographs of the sites attacked, nor given any explanation of what kind of drone the Houthis used Tuesday. However, the UAV-X is a likely culprit.

The drone, with a wingspan of 14.7 feet, has a V-shaped tail fin. It’s powered by a rear-mounted engine and has been found with what appears to be extra fuel tanks welded it to, a U.N. panel of experts found. It carries 40-pound warhead.

“It would give credence to the claims by the Houthis that they have the capability to hit targets such as Riyadh, Abu Dhabi and Dubai,” the U.N. panel said.

For Saudi Arabia, that range puts the oil fields of its Eastern Province in range. Saudi Aramco declined to comment when reached by the AP.

“It would give credence to the claims by the Houthis that they have the capability to hit targets such as Riyadh, Abu Dhabi and Dubai.” — U.N. panel

In the neighboring UAE, an immediate target is the under-construction Barakah nuclear power plant, which is deep in its western desert. The $20 billion, four-reactor plant being built with help from South Korea, has been considered a target by the Houthis since December 2017, when they claimed without offering evidence to have fired a cruise missile at it, something immediately denied by the UAE.

Asked about the possible drone threat, the UAE’s Federal Authority for Nuclear Regulation said it had “in place regulations to ensure the protection of the nuclear power plant from all kinds of threats, including physical or cyberattacks,” without elaborating.

Also within reach is the skyscraper-studded city of Dubai, a crucial link in worldwide global travel. Dubai International Airport bills itself as the world’s busiest for international travel.

Officials at the airport declined to comment, referring the AP to the UAE’s General Civil Aviation Authority. The authority did not immediately respond to a request for comment. The Houthis have claimed without evidence to have targeted both airports in Abu Dhabi and Dubai, something denied by authorities.

Speaking to journalists Wednesday night, a top Emirati diplomat sought to play down the danger faced by the federation of seven sheikhdoms, while still acknowledging the threats to regional stability.

“We live in a region where we can’t come and be happy because we are the only house in the neighborhood that has not been arsoned or burgled,” said Anwar Gargash, the UAE’s minister of state for foreign affairs.