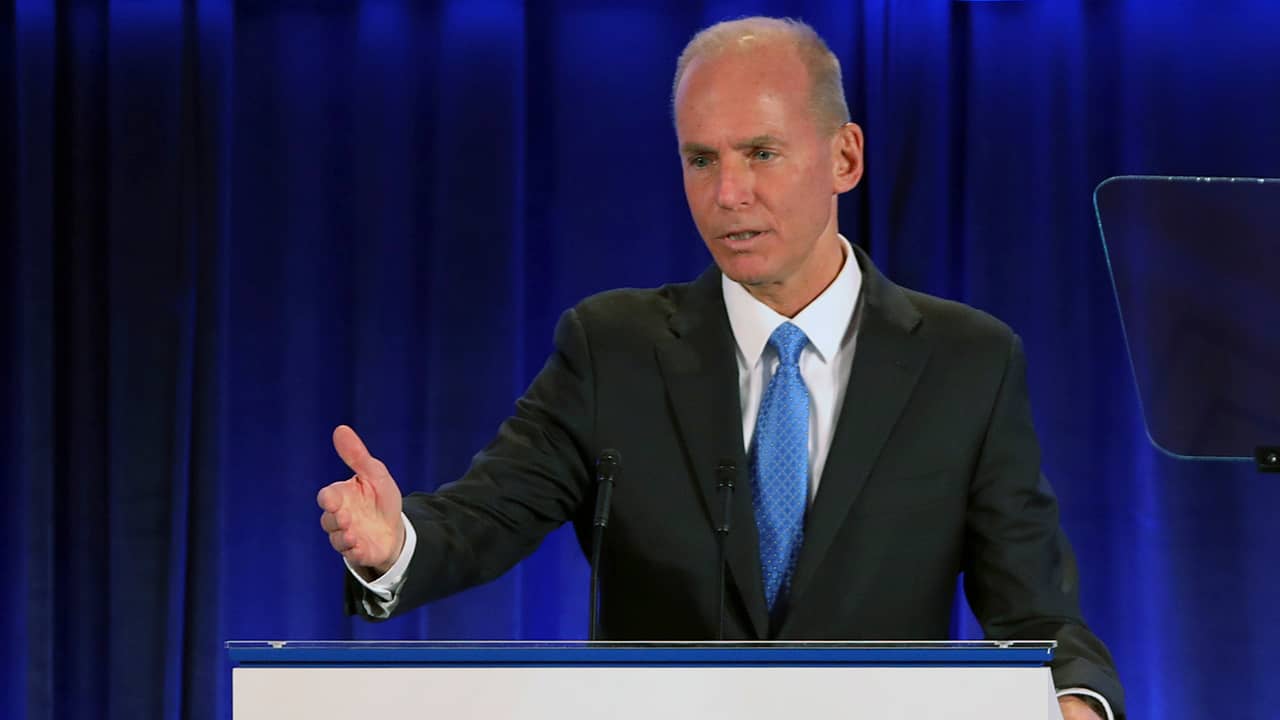 The CEO of Boeing defended the company’s safety record and declined to take any more than partial blame for two deadly crashes of its best-selling plane even while saying Monday that the company has nearly finished an update that “will make the airplane even safer.”

The Accidents Resulted From a ‘Chain of Events’

Published reports said that federal regulators and congressional investigators are examining safety allegations relating to the Max that were raised by about a dozen purported whistleblowers.
And the pilots’ union at American Airlines said Boeing’s proposal for additional pilot training on the Max doesn’t go far enough. For instance, the union for American Airlines pilots wants, at a minimum, mandatory additional training to include video demonstrations of how to respond to failures of systems on the plane.
The annual meeting came six months to the day since the Lion Air crash. Muilenburg told shareholders that Boeing is close to completing an upgrade to flight software on the Max “that will ensure accidents like these never happen again.”

In the brief news conference that followed, Muilenburg said — as he has several times before — that the accidents resulted from a “chain of events” that included the erroneous activation of flight software known as MCAS.
Boeing has conceded that in both accidents, MCAS was triggered by faulty readings from a single sensor and pushed the planes’ noses down.
“We know this is a link in both accidents that we can break. That’s a software update that we know how to do … this will make the airplane even safer,” Muilenburg said.
Muilenburg took six questions from reporters, including whether he will resign — he has no intention of doing that — and left as reporters persisted, including one who pointed to the deaths of 346 people and urged the CEO to take more questions.

Besides the software update, Boeing will present the Federal Aviation Administration with a plan for training pilots on changes to MCAS. The company is pushing for training that can be done on tablet computers and, if airlines want to offer it, additional time in flight simulators when pilots are due for periodic retraining.