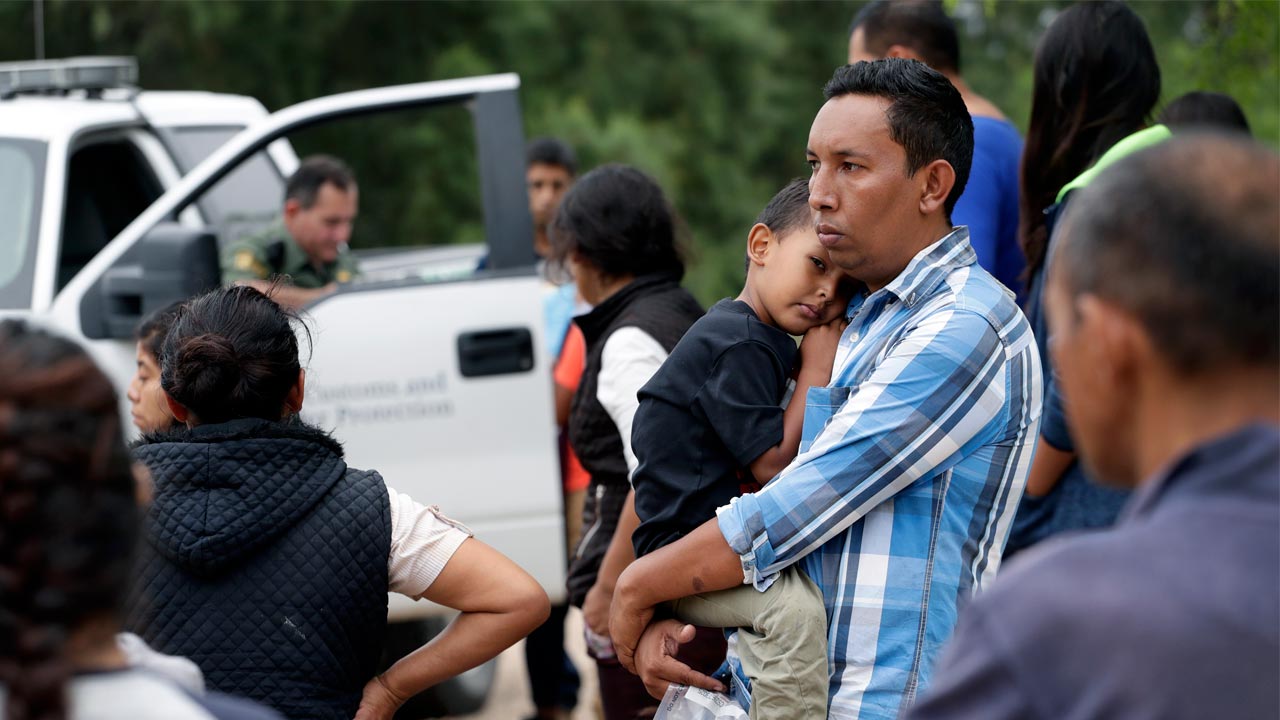 HOUSTON — President Donald Trump has warned that Central American families are staging an “invasion” at the U.S.-Mexico border. He has threatened to take migrants to Democratic strongholds to punish political opponents. And his administration regularly complains about having to “catch and release” migrants.
At the same time, his administration has stopped using one of three family detention centers to hold parents and children and left almost 2,000 beds unused at the other two. It says it does not have the resources to transport migrants to the centers.

Immigrant advocates accuse the administration of closing off family detention to further the perception of a crisis.
The Karnes County Residential Center in Texas used to hold up to 800 parents and children at a time, who would usually be detained before an initial screening to judge whether they qualified for asylum.
But ICE last month started to release families until they were all gone from Karnes. Advocates who work there say ICE is now restricting legal access to the roughly 400 adult women being detained there.
The population at the family detention center in nearby Dilley, Texas, was also reduced and remains at roughly a quarter of its 2,400-person capacity. A 96-person facility in Pennsylvania had only 18 immigrants this week.

Meanwhile, the numbers of parents and children crossing the U.S.-Mexico border have surged, leading immigration officials to declare the situation a crisis. More than 50,000 parents and children were apprehended by the Border Patrol in March, setting a monthly record.
The number of border crossings in one day sometimes exceeds ICE’s total family detention space.
More than 4,800 people crossed the border in a single day this week. Almost 1,000 were traveling in three large groups, the largest of which was 375 people, Kevin McAleenan, the acting secretary of homeland security, said Wednesday.

Migrants Dropped Off at Bus Stations

The Border Patrol has stopped referring many families to ICE and instead releases them directly to nonprofit groups or drops them off at bus stations.
In a statement, ICE said the surge left it “overwhelmed” and unable to transport families from the border to the Karnes and Dilley facilities, even if both detention centers had available beds. As of Wednesday, 427 women were in custody at Karnes.
“As such, ICE has determined that, at this time, Karnes will better meet operational needs by also serving partially as an adult detention facility,” the agency said.
Immigrant advocates say they do not believe that ICE cannot transport people to the facilities. They say the government has reduced family detention space for political reasons — to show that Democrats’ refusal to change laws to allow for longer family detention and more deportations has left officials with no choice but to catch and release.
“We believe that this is part of trying to justify a narrative,” said Peter Schey, executive director of the Center for Human Rights and Constitutional Law. “Trump’s policies have swung from one extreme to the other. There’s no consistency; there’s no strategic planning.”

The legal services group RAICES goes to Karnes daily to consult with detained immigrants about their asylum cases. The group says subtle policy changes at the facility have reduced legal access for detained women seeking asylum.
Since Monday, authorities at Karnes have prevented attorneys and volunteers from meeting with many large groups of migrants at once, which prevents them from quickly consulting with more people, according to Andrea Meza, RAICES’ director of family detention services.
Karnes staff also stopped sending RAICES the names of detainees who put their names on sign-up sheets outside the visitation room, Meza said.
Meza said she received conflicting explanations from ICE for the changes, including that there were complaints by staff from the private contractor GEO Group, which operates Karnes.
ICE confirmed it had reduced group meetings at Karnes because “more residents are represented by private attorneys.” The agency said it provided 12 hours of legal visitation at Karnes every day, more than its detention standards require.
If the changes remain in place, fewer people will be able to consult with a lawyer before asylum interviews, Meza said, and it will be harder for the group to follow up with potential asylum seekers.
“We don’t know what’s happening to people after their interviews,” she said.

Some Polls Show Parents' Growing Fears of Dangers at School