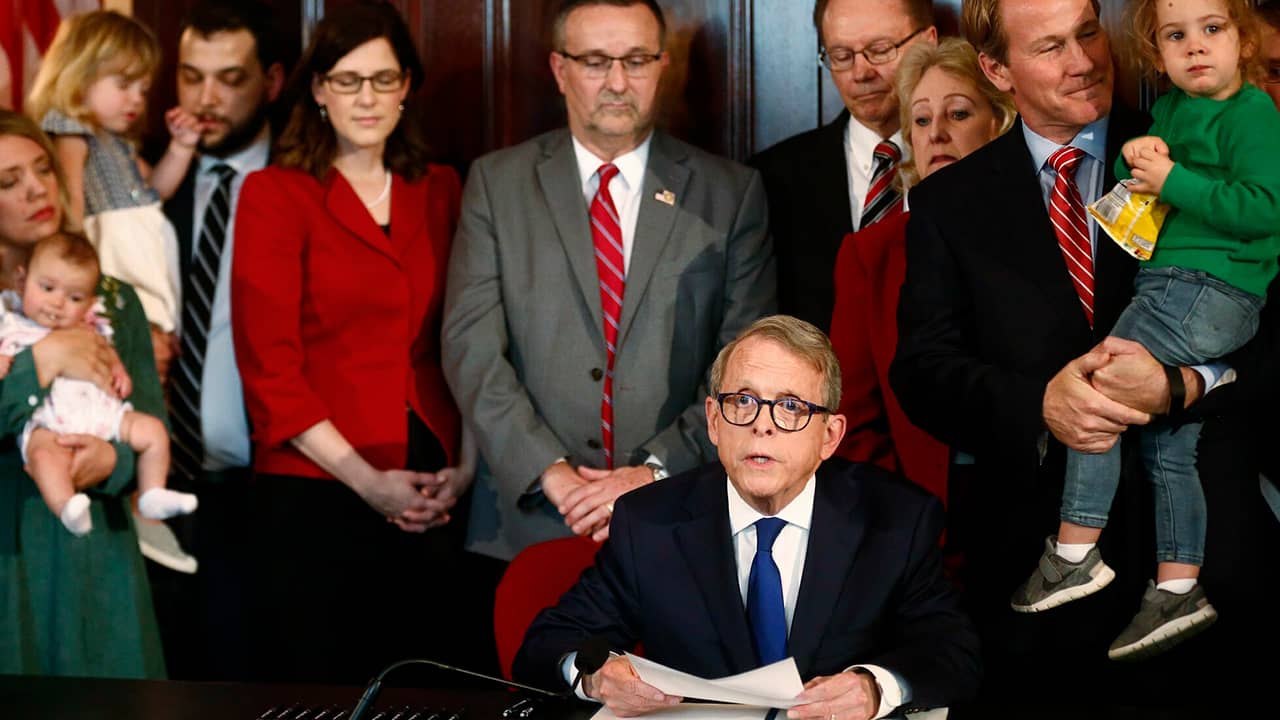 COLUMBUS, Ohio — A bill imposing one of the most stringent abortion restrictions in the nation was signed into law in Ohio on Thursday, banning abortions after a detectable heartbeat in a long-sought victory for abortion opponents that drew an immediate constitutional challenge.

Ohio’s closely divided politics had slowed the progress of the bill as it has caught momentum elsewhere , forcing years of debate in the state where the movement originated. Of five previous states that have passed heartbeat bills, three have seen their laws struck down or blocked by the courts, another faces a legal injunction and the fifth is awaiting governor’s action.
DeWine’s action came a day after the latest version of the bill cleared the Republican-controlled Legislature.

Even before the bill was signed, the ACLU of Ohio said it was preparing a constitutional challenge to the law on behalf of Pre-Term Cleveland and three other Ohio abortion clinics.
The legal challenge is what the bill’s backers have always wanted. They hope to provoke a legal challenge with the potential to overturn the U.S. Supreme Court’s 1973 Roe v. Wade ruling that legalized abortion up until viability, usually at 22 to 24 weeks.
“The heartbeat bill is the next incremental step in our strategy to overturn Roe v. Wade,” said Ohio Right to Life President Mike Gonidakis. “While other states embrace radical legislation to legalize abortion on demand through the ninth month of pregnancy, Ohio has drawn a line and continues to advance protections for unborn babies.”

No Exceptions for Pregnancies Resulting From Rape or Incest

Kellie Copeland, director of NARAL Pro-Choice Ohio, said lawmakers and the governor have plunged the state into “a dystopian nightmare where people are forced to continue pregnancies regardless of the harm that may come to them or their family.”