Derek Franks is now part owner of the Fresno Grizzlies.

Not bad for a guy who started with the team as an intern in 2004 and dressed as a hot dog.

The Pacific Coast League team announced it offered Franks, currently the team president, the opportunity to buy stock in the privately-held team. He accepted

“This ownership group has treated (my wife) Sarah and I like family since they bought the team,” Franks said via email. “This is a proud moment for our family.  To be a part owner of the Grizzlies is a dream come true, especially since it’s my hometown club.  For this to happen during a time when the long-term vision for the franchise has never been greater makes it all the more exciting.”

Fresno Sports and Events purchased the team last season. The team did not disclose details of the transaction.

As one of Franks’ first duties in marketing, he dressed up in a hot dog suit for an on-field promotion.

The Fresno City Council heard about the recently released parking audit at Thursday’s meeting. It was essentially the same information a council committee heard Monday.

He grilled city controller Michael Lima about the nuts and bolts of audits, such as who orders them and who gets to see the rough drafts.

When Arias asked Lima about the timing of the parking audit, City Manager Wilma Quan jumped in. She defended the nine months it took between the end of the audit period (March 2018) and the rough draft’s availability (January 2019).

“I think based upon all the work that was done and all the other audits that the auditors were juggling, and everything else that was going on, that was pretty remarkable in terms of … ,” Quan said.

Arias cut her off.

“Thank you, City Manager, but I have the floor.”

The CMAC public access cameras captured an exasperated look on Quan’s face. A video of the interaction is above.

While no vote took place, Arias asked for draft audit reports to be shared with the council finance and audit committee.

In wake of the tragic death of school administrator by a hit-and-run driver, Assemblyman Jim Patterson (R-Fresno) wants tougher penalties. 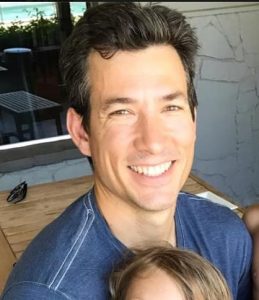 Patterson introduced AB 582 — Gavin’s Law — that could tack on a DUI charge for drivers who leave the scene of a crime. It would also increase the prison time for such drivers depending on the extent of injuries and damages.

Gavin Gladding, a vice principal at Fort Washington Elementary School, died after being struck by a hit-and-run driver on Friant Road last September. Gladding was training for a marathon.

Kimberly Ellis, a candidate for the Democratic Party state chair, spoke to 50 people at a BWOPA meeting Monday night.

Ellis, an Oakland party activist, lost a contest two years ago to Eric Bauman for the leadership role. Bauman resigned in disgrace last year after allegations of sexual harassment.

Other candidates for the job are Southern California labor leader Rusty Hicks, current party vice chair Dakara Karimore-Hall, and Lenore Albert, whose license to practice law was suspended by the State Bar.

The state party convention starts May 31 in San Francisco.

Johnny Amaral left one water job for a new one, moving from the west side of Fresno County to the east. 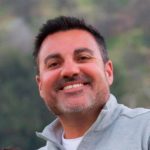 The Friant Water Authority hired Amaral as chief of external affairs. He held a similar role with Westlands Water District.

Previously, Amaral was chief of staff for Congressman Devin Nunes.

“Like other areas of the Valley, there are many issues that need attention and action, and I am proud to be joining a talented team of people that are dedicated to finding solutions and working collaboratively with our neighbors,” Amaral said in a news release.