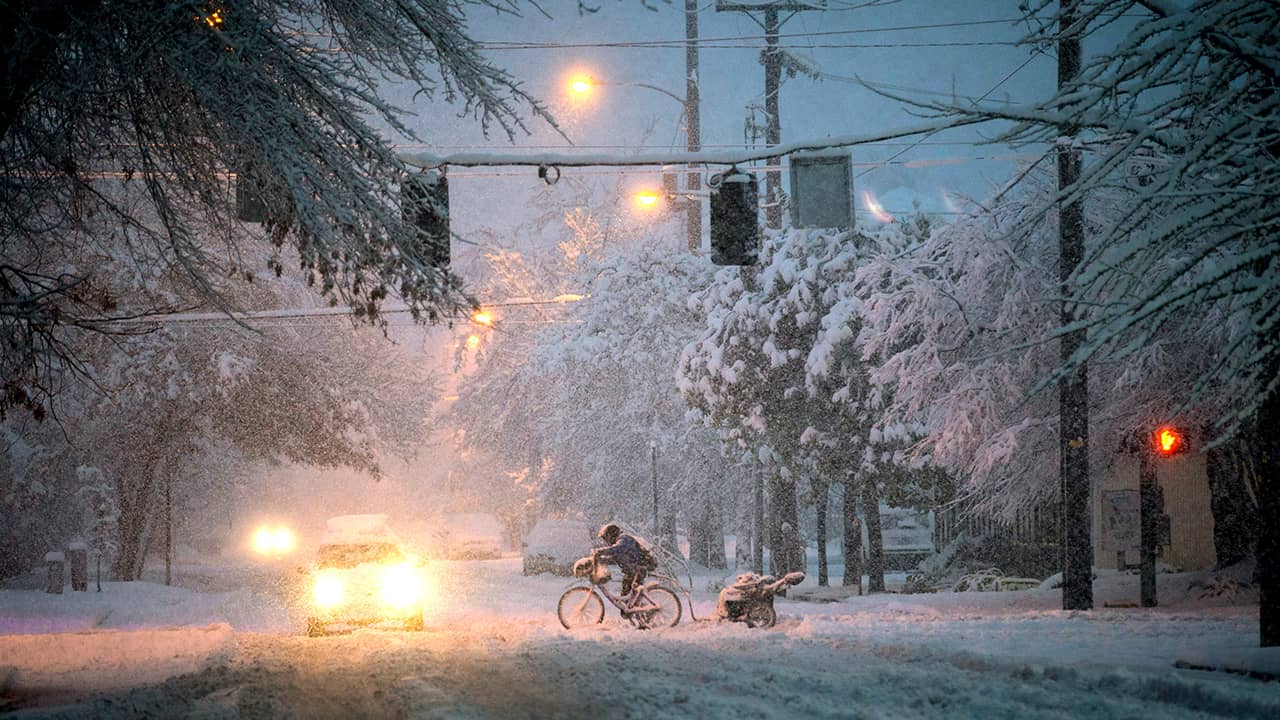 SAN FRANCISCO — A winter storm slamming the western U.S. dumped rain Tuesday in Northern California and raising the threat of floods, while heavy mountain snowfall created a risk of avalanches and whiteout conditions on roads in the Sierra Nevada.

Even so, some areas remained on alert. Sonoma County, where some areas were scarred by 2017 wildfires, activated its Emergency Operations Center.
“This is the time to locate your emergency kits and review your evacuation plans with your family,” said David Rabbitt, chair of the county Board of Supervisors.
Sonoma County officials issued a flood warning, saying the Russian River near the community of Guerneville is expected to hit flood stage early Wednesday.
In neighboring Napa County, the Napa River in San Helena could also overflow.

In the Sierra Nevada along the California-Nevada line, forecasters warned of possible whiteout conditions from blowing snow in the high passes. The mountains could see up to 8 feet (2.44 meters) of snow at higher elevations and winds gusting to 140 mph over ridgetops.


“Heavy snow and gale force winds will create dangerous avalanche conditions.” — National Weather Service warning
“Heavy snow and gale force winds will create dangerous avalanche conditions” into Thursday morning for the Lake Tahoe area, the National Weather Service warned.
Several mountain highways, including Interstate 80 at Donner Summit, were repeatedly closed for short periods Monday because of spinouts or avalanche concerns.
The storm already has barreled through other parts of the West, toppling trucks and trees, triggering power outages and closing roads and schools from Oregon to Montana.
Snow forced flight cancellations at the Portland airport, and prompted a blizzard warning for parts of Montana, where Butte public schools canceled classes Tuesday for the first time in at least 20 years.
Buses were getting stuck, and a superintendent told The Montana Standard that the district’s snowplows haven’t been able to keep up.
A power outage struck several thousand people in the Reno-Sparks area of Nevada.
The storm is the latest in a string that has dumped record levels of snow and rain this winter.
The culprit is an atmospheric river of moisture coming from north of Hawaii. The phenomenon has become frequent enough that scientists in California are introducing a 1-through-5 scale of intensity for atmospheric rivers, similar to those used to gauge hurricanes.
Related Topics:Californiaflood warningsfloodsrainSierra Nevadasnowfallstormwhiteout
Up Next

R. Kelly Out of Jail After Posting $100K in Sex Abuse Case