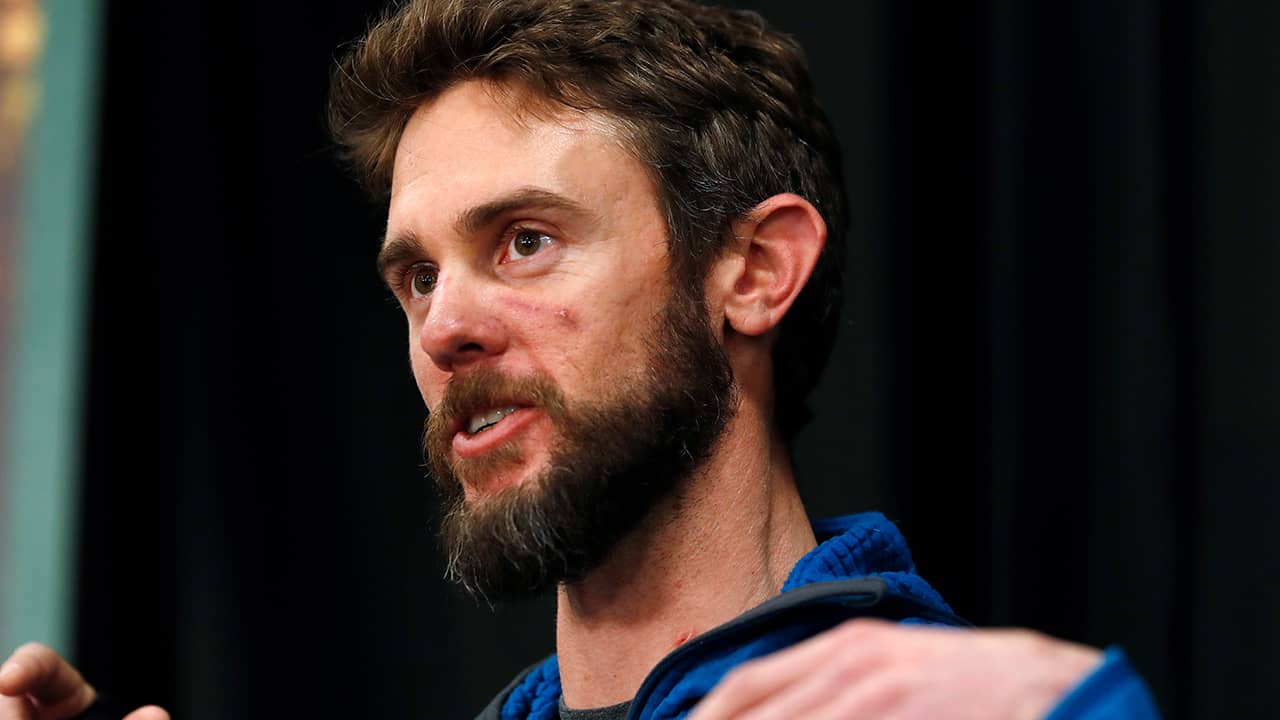 FORT COLLINS, Colo. — When a young mountain lion clamped its jaws onto Travis Kauffman’s wrist and clawed at his face, he screamed a “barbarian yell,” jammed his foot onto the animal’s neck and held it there until the cat quit thrashing and died.
After a couple of minutes, Kauffmann recalled Thursday, “it finally stopped moving and then the jaws opened and I was able to kind of scramble back up the hill and get the heck out of Dodge.”

The animal locked its teeth onto his wrist and they tumbled off the side of the trail.

“Travis is a pretty amazing young man,” said Ty Petersburg, a wildlife manager for the agency.
Kauffman was the 22nd person attacked by a mountain lion in Colorado since 1990, Parks and Wildlife said. Three of the attacks were fatal.
A necropsy report said the lion that attacked Kauffman was male, four or five months old, weighing 35 to 40 pounds. The cat had limited fat, indicating it was hungry but not starving. It showed no sign of rabies or other diseases, the report said, but many of its organs had been scavenged by other animals before the body was recovered.
Adult male mountain lions average about 150 pounds, Parks and Wildlife said.
Petersburg said officers set up cameras and traps in the area for several days after the attack. They saw no large mountain lions but captured two young ones in good health. He said both are in a rehabilitation center, and the agency hopes to release them back into the wild.
Kauffman, an environmental consultant, described himself as an avid runner, cyclist and skier who has a pet cat at home. He said he doesn’t plan to retreat from the outdoors.
“I will go run those trails again,” he said, but added, “I will go with a buddy there.”