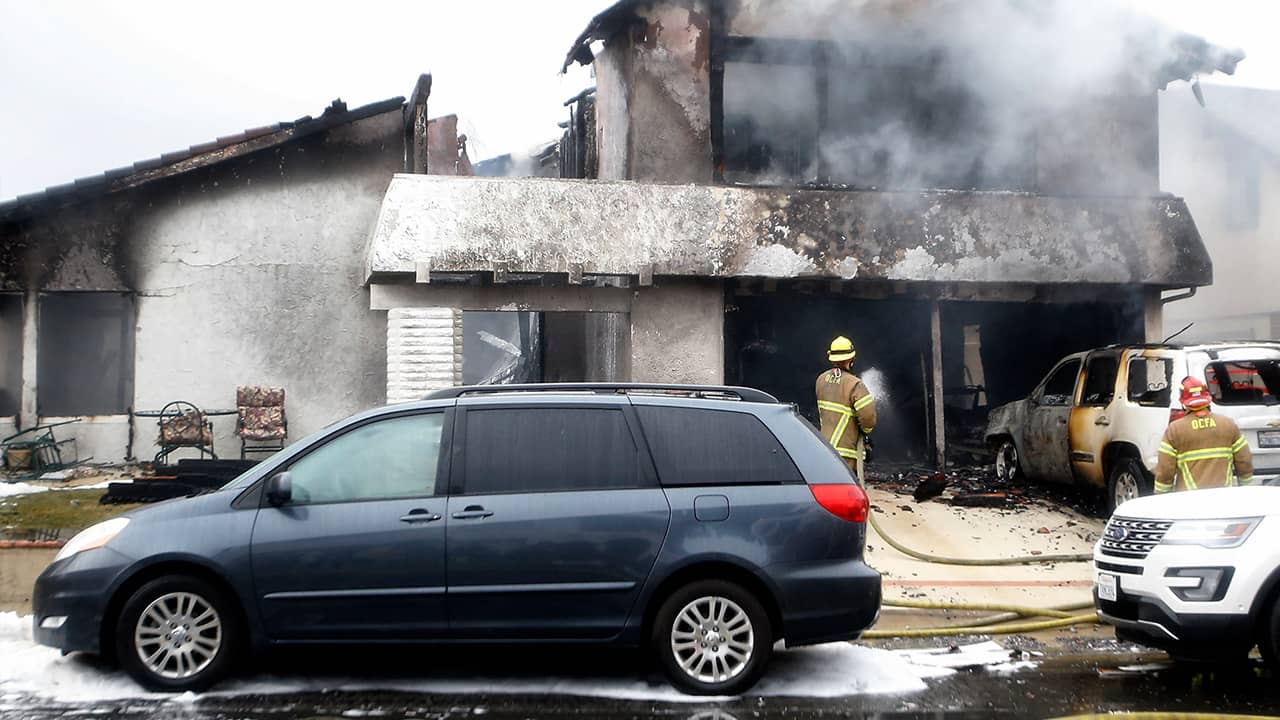 LOS ANGELES — The man piloting a small plane that broke apart over a Southern California neighborhood had false credentials identifying him as a retired Chicago police officer, authorities said Tuesday.

Specific Conditions Encountered by the Flight Were Not Immediately Known

Aviation safety experts cautioned against drawing early conclusions about the cause of the crash.
“At this stage you don’t make assumptions. You let the evidence lead you where it leads you,” said John Cox, a former commercial pilot and a veteran crash investigator who is head of the consulting firm Safety Operating Systems.


“At this stage you don’t make assumptions. You let the evidence lead you where it leads you.” — John Cox, a former commercial pilot and a veteran crash investigator
National Transportation Safety Board investigators have been collecting parts of the aircraft, the plane’s records and information about Pastini, who was described as a commercial pilot with an instrument flight rating.
Preliminary information showed the plane took off around 1:35 p.m. Sunday from Fullerton Municipal Airport, made a left turn and climbed to an altitude of 7,800 feet before starting to descend over Yorba Linda.
Weather was intermittently rainy across Southern California during the weekend, but specific conditions encountered by the flight were not immediately known.
Observers said the plane initially appeared intact when it fell through a cloud ceiling at an altitude of about 2,000 to 3,000 feet, investigator Maja Smith said.
“Witnesses say that they saw the airplane coming out of a cloud at a very high speed before parts of the airplane such as tail and subsequently wings starting to break off,” she said.
The Cessna 414A has a good reputation, said Cox, who said he has flown similar Cessnas since the 1970s. In-flight breakups are uncommon, and causes can range from metal fatigue to instrument failure and forces induced by the pilot, he said.
He said the breakup may have begun earlier than was apparent to the witnesses.

Witnesses Described the Plane as Sounding Like a Missile

“Small pieces may have come off that are leading up to the cataclysmic breakup that people see. You need to make sure that the airplane was fully intact when they first see it,” he said. “As an investigator you have to be careful about that.”
Losing control of an airplane can also lead to a breakup, Cox said.
One of the first things that might fail in that situation, he said, is a horizontal stabilizer — the structures that look like small wings on the tail.

“Once one of them comes off the loads then on the airplane will exceed what it can then withstand and other pieces will fail due to structural overload,” Cox said.
Photos of the wreck showing the outer portions of the wings apparently snapped off are consistent with the type of forces wings are subjected to with the loss of one or more horizontal stabilizers and when the airplane loses aerodynamic balance, he said.
Video showing puffs of smoke erupting in the sky as the plane fell were consistent with an in-flight breakup rather than an in-flight fire aboard the plane, Cox said
Witnesses described the plane as sounding like a missile or a racing motorcycle. Cox said that could be the result of the engines no longer being under control.
Related Topics:CaliforniaChicagocrashfalse credentialspolice officer
Up Next