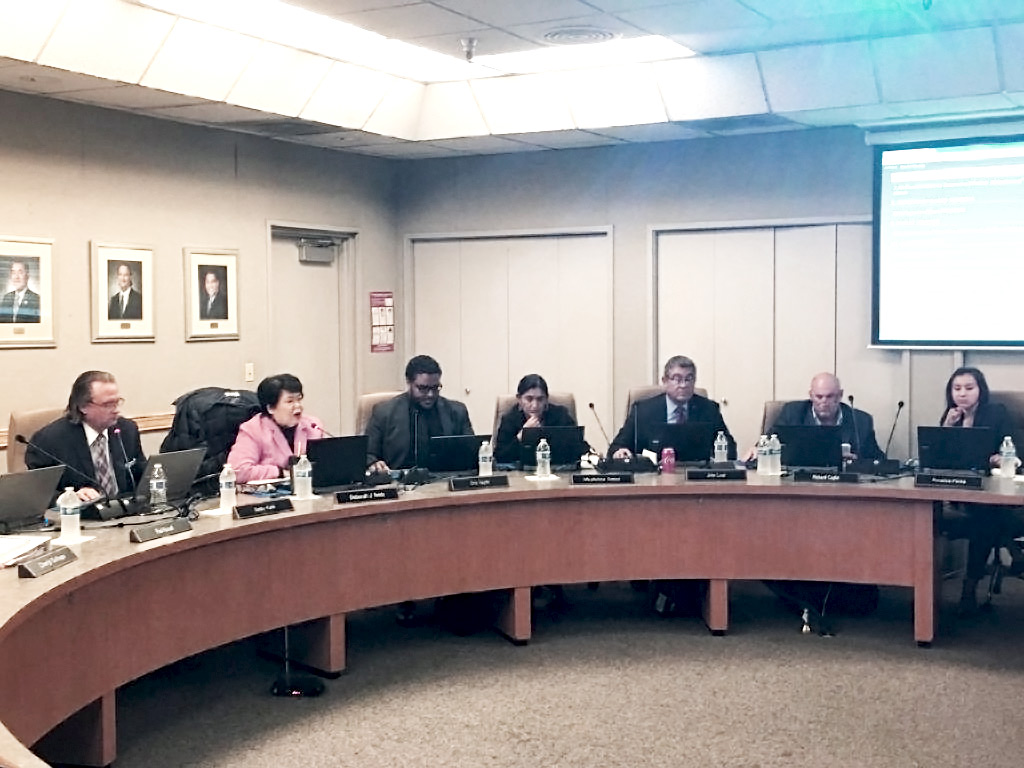 Tensions simmered at the State Center trustee meeting Tuesday (Jan. 8), but did not boil over like the last time the group met.
The board voted 4-3 against forming a special committee to look into ethical misconduct allegations levied mainly at trustee Eric Payne, and to a lesser extent Bobby Kahn. The members tore into each other at a Dec. 11 meeting prompting board president Deborah Ikeda and district chancellor Paul Parnell to ask the board to dive further into the issue.
Watch highlights of the debate in the video above. 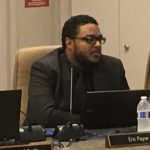 “This…is a waste of taxpayer time and dollars.”—Trustee Eric Payne
During Tuesday’s debate, Payne opposed forming a committee. He acknowledged that boards disagree, and said that he was just responding to attacks against him.
“This is really a distraction from the work that needs to be taking place to better serve our students, to address the issues within our system as it relates to equity, inclusion and diversity,” Payne said from the dais.
He said any disagreement between him and Kahn can be discussed personally, or debated on the floor.
“This … is a waste of taxpayer time and dollars,” Payne said.

Kahn responded by saying that because the committee would only consist of three board members, there would be no additional taxpayer expense.
“It’s an opportunity the board should take to allow trustees to substantiate the claims that were made, or not made,” Kahn said.
The trustee also wanted the committee to establish that Payne is working to settle with the Fair Political Practices Commission, the state agency in charge of investigating campaign finance violations. It is currently looking into a variety of allegations that Payne improperly used campaign funds, and that he failed to turn in required paperwork. 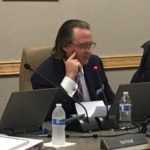 “It’s an opportunity the board should take to allow trustees to substantiate the claims that were made, or not made.”—Trustee Bobby Kahn

The other five trustees chimed in briefly, or not at all.
Annalisa Perea questioned whether some of the allegations have been investigated. Parnell said yes.
John Leal also noted that Payne’s past problems have already been looked into. He wanted the FPPC to complete its investigation before moving forward on that issue.
Leal suggested the board can discuss “these different points of contention” at an upcoming board retreat.
“Perhaps a better use of our time would be to deal with districtwide issues to deal with the demand and needs with the growth of our district,” Leal said.
Ikeda favored forming a committee.
“The board is responsible for policing ourselves. No one else can do it for us,” Ikeda said. “If we do not hold ourselves accountable, the public will.”
Ikeda, Kahn and Richard Caglia voted in favor of forming the committee.
Payne, Leal, Perea and Magdalena Gomez voted against.
“I’m looking forward to moving past this matter and focusing district resources on issues that prioritize student success. This wasn’t one of them,” Perea told GV Wire after the meeting.

Prior Meeting Led to Committee Vote

Parnell pointed to a board by-law which calls for further investigation if the board chooses, when misconduct allegations are brought to light.
At the Dec. 11 meeting when discussing Payne’s nomination to board vice president, Kahn mentioned Payne’s prior scandals, including misuse of a disabled placard, financial improprieties, and the FPPC investigation.
Payne, in turn, accused Kahn of discrimination, and nepotism. Specifically, he brought up the point that Kahn and Claudette Matz, Parnell’s executive assistant, are in a romantic relationship (Kahn confirmed this).
Payne said that Kahn added to the agenda an item to increase the salary for the class of employees that Matz falls under. Kahn abstained from the vote. Payne and the other six trustees voted in favor of it.
The heated five-minute exchange did not dissuade the board from approving Payne as the vice president, by a 4-3 vote.