The Valley delegation split along party lines when it came to voting for Nancy Pelosi as House speaker.

Pelosi, already the first woman to hold the gavel, became the first ex-speaker in more than a half-century to retake it. She received 220 votes. Republican Kevin McCarthy of Bakersfield received 192 votes.

Interestingly, 15 Democrats — 10 freshmen and five longtime critics — refused to back Pelosi for the job. That left her just four votes above the 216 needed to become speaker.

“She is clearly the most qualified to serve in this position, and I believe she will provide strong leadership in restoring checks and balances to our nation’s capital,” Costa said in an email statement. “While we have not always agreed in the past, I expect to work with her on issues that affect our constituents and nation, and from time to time we will disagree.”

In his successful re-election campaign, Costa said he would not vote for Pelosi.

“While we have not always agreed in the past, I expect to work with (Pelosi) on issues that affect our constituents and nation, and from time to time we will disagree.” — Rep. Jim Costa

A Costa spokesperson said he kept his vow by opposing Pelosi during the earlier caucus vote to nominate her as a candidate.

“The congressman wanted a more unified caucus, so they can move forward,” Costa’s office said of his floor vote.

Elizabeth Heng, the Republican defeated by Costa, noted his vote in a tweet.

On the campaign trail, Jim Costa claimed he wouldn’t vote for Pelosi as Speaker. He DID today. Jim is walking in Nancy’s 👠.

This is the sixth out of eight votes for House speaker that Costa sided with Pelosi on the floor.

McCarthy now serves as the minority leader. It is the first time in U.S. history that both House leaders hail from the same state.

Republicans Already on the Attack vs. Cox, Harder

Voters in Cox’s and Harder’s districts received text messages from the National Republican Congressional Committee on Thursday. The texts assailing Cox and Harder for backing Pelosi as speaker.

The texts were the NRCC’s first paid campaign ads of the 2020 election cycle.

Ted Howze, a Turlock Republican, has already announced his 2020 challenge of Harder.

It’s the time for swearing-in ceremonies.

Today (Jan. 3), the House of Representatives swore its 434 members in (one race in North Carolina is still up in the air). The list includes newcomers Cox and Harder, who unseated Republicans David Valadao and Jeff Denham respectively in the election.

Costa, McCarthy, McClintock, and Nunes are the other members of the Valley delegation starting new terms.

On the judicial front, an informal ceremony Monday marks the start for Robert Mangano and Billy Terrence. Both men won seats to the Fresno County bench in June. A more official enrobing ceremony takes place in the spring. 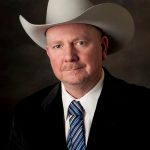 Outgoing Fresno County Agricultural Commissioner Les Wright will be honored at next Tuesday’s (Jan. 8) Board of Supervisors meeting.

“My career has taken me too many locations in the state, but Fresno County ranks at the top of great places to be. The agricultural industry has welcomed me and made me feel at home. This has allowed me to direct the Department to best serve you, despite what happens in the Sacramento and beyond. The trust and support given me over the years is one of the reasons that makes this decision hard. I will truly miss the people,” Wright said in a statement about his retirement in November.

The county is in the process of naming a replacement.