Trump: Shutdown Could Last 'for a Very Long Time’ 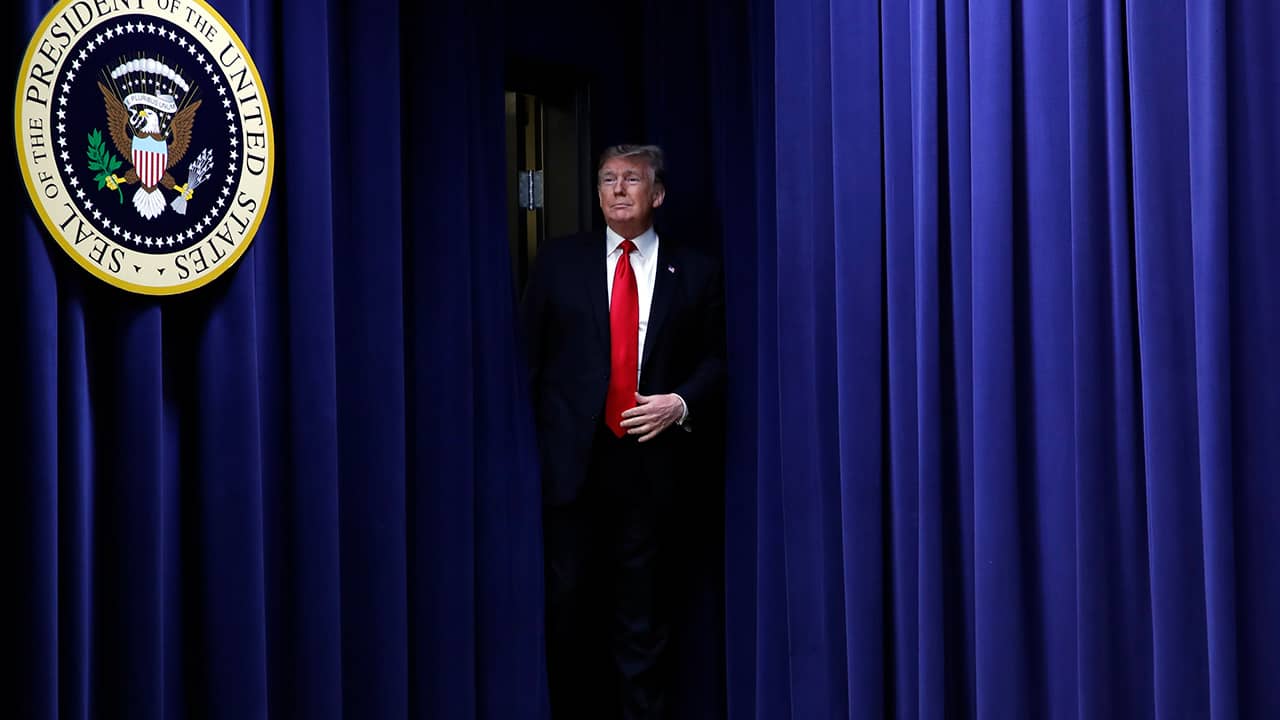 WASHINGTON — Facing a midnight deadline to avoid a partial government shutdown, President Donald Trump said Friday a closure could drag on “for a very long time” and he tried to lay blame on congressional Democrats if there’s no deal over his demand for U.S.-Mexico border wall money.
Trump’s tweet came ahead of a meeting with Senate Republicans to discuss the budget deal and border security. Senate Majority Leader Mitch McConnell declined to answer questions as he left the Capitol with other GOP senators on their way to the White House.
Only a week ago, Trump said he would be “proud” to shut down the government, which Republicans control, in the name of border security. “I will take the mantle. I will be the one to shut it down,” he asserted.
But with the hours dwindling before the midnight deadline, Trump sought to reframe the debate and make Democrats the holdouts to settling an impasse that threatens hundreds of thousands of federal workers on the eve of the end-of-the-year holidays.
And he exhorted McConnell to corral enough Democratic votes to send a House-passed plan to the White House, even though the measure is almost certain to be rejected in the Senate.

“The Democrats Now Own the Shutdown!”

“Senator Mitch McConnell should fight for the Wall and Border Security as hard as he fought for anything. He will need Democrat votes, but as shown in the House, good things happen. If enough Dems don’t vote, it will be a Democrat Shutdown!” Trump tweeted.

Senator Mitch McConnell should fight for the Wall and Border Security as hard as he fought for anything. He will need Democrat votes, but as shown in the House, good things happen. If enough Dems don’t vote, it will be a Democrat Shutdown! House Republicans were great yesterday!

Later in the morning, not even waiting for a Senate vote, Trump tweeted that “the Democrats now own the shutdown!”
Trump also encouraged McConnell, R-Ky., to change Senate rules in order to pass the spending bill, by lowering the threshold for ending debate on legislation from 60 votes to 51, as it currently stands for judicial appointments in the Senate, where Republicans hold a slim majority.
“Mitch, use the Nuclear Option and get it done! Our Country is counting on you!,” Trump tweeted, though McConnell has previously resisted the rules change.


“Mitch, use the Nuclear Option and get it done! Our Country is counting on you!” — President Donald Trump
A McConnell spokesman reiterated McConnell’s opposition, saying McConnell “has said for years that the votes are not there” among Republicans for the change.
“Just this morning, several senators put out statements confirming their opposition, and confirming that there is not a majority in the conference to go down that road,” David Popp said.
The Senate has been called back into session to consider the package approved by House Republicans late Thursday, which includes the $5.7 billion Trump wants for the border with Mexico.

More Than 800,000 Federal Workers Will Be Facing Furloughs

Senators had passed their own bipartisan bill earlier in the week to keep the government running, with border security at existing levels, $1.3 billion, but no money for the wall. Both bills would extend government funding through Feb. 8.
The White House said Trump would not go to Florida on Friday as planned for the Christmas holiday if the government were shutting down.

One of the Final Acts of the House GOP Majority

The shutdown crisis could be one of the final acts of the House GOP majority before relinquishing control to Democrats in January.
Congress had been on track to fund the government but lurched when Trump, after a rare lashing from conservative supporters, declared Thursday he would not sign a bill without the funding. Conservatives want to keep fighting. They warn that “caving” on Trump’s repeated wall promises could hurt his 2020 re-election chances, and those of other Republicans as well.
The GOP-led House voted largely along party lines, 217-185, to attach the border wall money to the Senate’s bill. House Republicans also tacked on nearly $8 billion in disaster aid for coastal hurricanes and California wildfires.
Some Republican senators cheered on the House, but prospects in the Senate are grim amid strong opposition from Democrats.
One possibility is that the Senate strips the border wall out of the bill but keeps the disaster funds and sends it back to the House. House lawmakers said they were being told to stay in town for more possible votes.

Trump Call With Turkish Leader Led to US Pullout From Syria