Is Denham Next in Line for Interior Secretary? 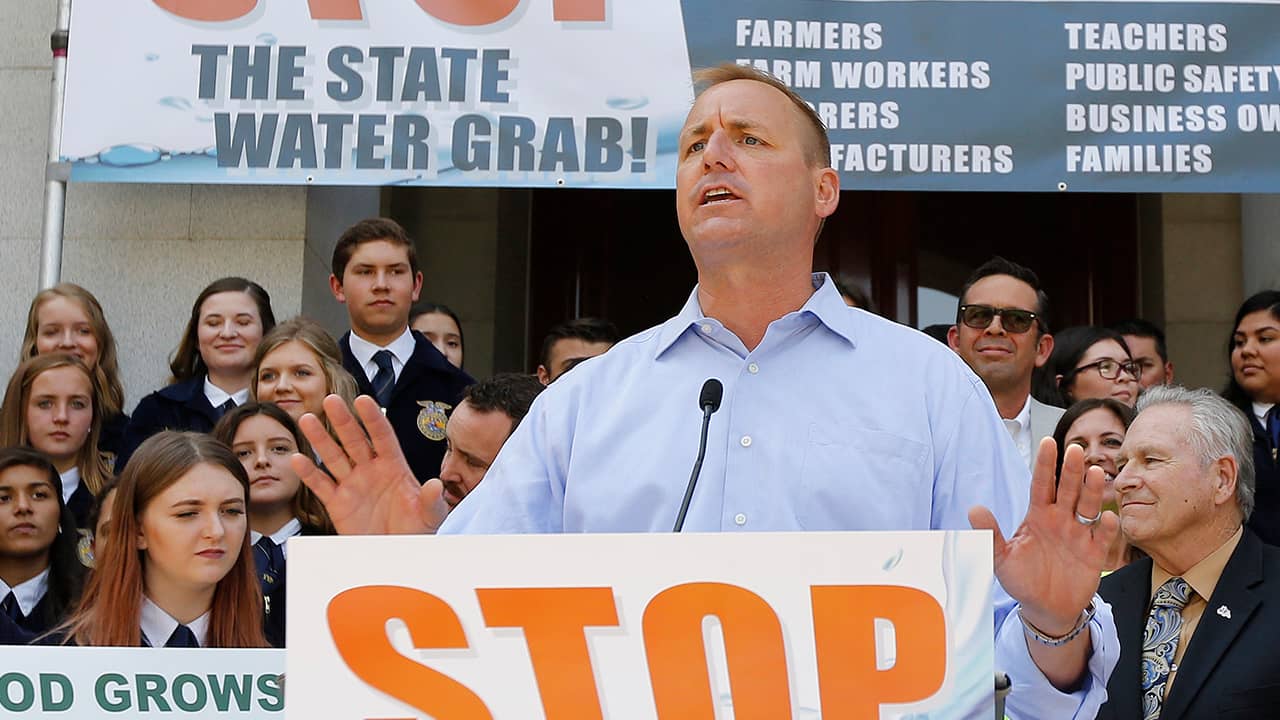 Congressman Jeff Denham (R-Turlock) is under consideration to be the next U.S. Secretary of the Interior, after the announcement that current jobholder Ryan Zinke is leaving at the end of the year.
Denham, who lost his re-election bid last month to Democrat Josh Harder, could replace Zinke, according to inside sources who asked not to be named because they are not cleared to speak on the issue.
President Donald Trump tweeted this morning (Dec. 15) that Zinke would be leaving his post at the end of the year, and that his replacement would be announced at the end of the week.

Secretary of the Interior @RyanZinke will be leaving the Administration at the end of the year after having served for a period of almost two years. Ryan has accomplished much during his tenure and I want to thank him for his service to our Nation…….

…….The Trump Administration will be announcing the new Secretary of the Interior next week.

In his resignation letter, obtained by The Associated Press, Zinke said “vicious and politically motivated attacks” against him had “created an unfortunate distraction” in fulfilling the agency’s mission.
Zinke is leaving weeks before Democrats take control of the House, a shift in power that promises to sharpen the probes into his conduct. His departure comes amid a staff shake-up as Trump heads into his third year in office facing increased legal exposure due to intensifying investigations into his campaign, business, foundation and administration.
Zinke’s resignation letter, obtained from a Zinke aide on Saturday, cites what he calls “meritless and false claims” and says that “to some, truth no longer matters.”
The letter, dated Saturday, said Zinke’s last day would be Jan. 2. It was not clear whether Zinke had already submitted the letter when Trump tweeted.

Denham will conclude his fourth term on congress on Jan. 3. Water has been of his core issues in the eight years he’s served. The Interior department manages the nation’s natural resources, including water rights.
A Trump loyalist, Denham stood by Trump as he signed the America’s Water Infrastructure Act of 2018, authorizing more than $6 billion in spending over 10 years for projects nationwide, including water storage in the San Joaquin Valley.
He was also on hand as Trump signed a water memorandum at an October event in Arizona, flanked by Denham and other members of the Valley GOP delegation. Some political experts are guessing on Denham too, including California political consultant Matt Rexroad.

With OK from Congress, US Hemp Market Set to Boom