Trump Signs Water Infrastructure Bill That Will Help the Valley 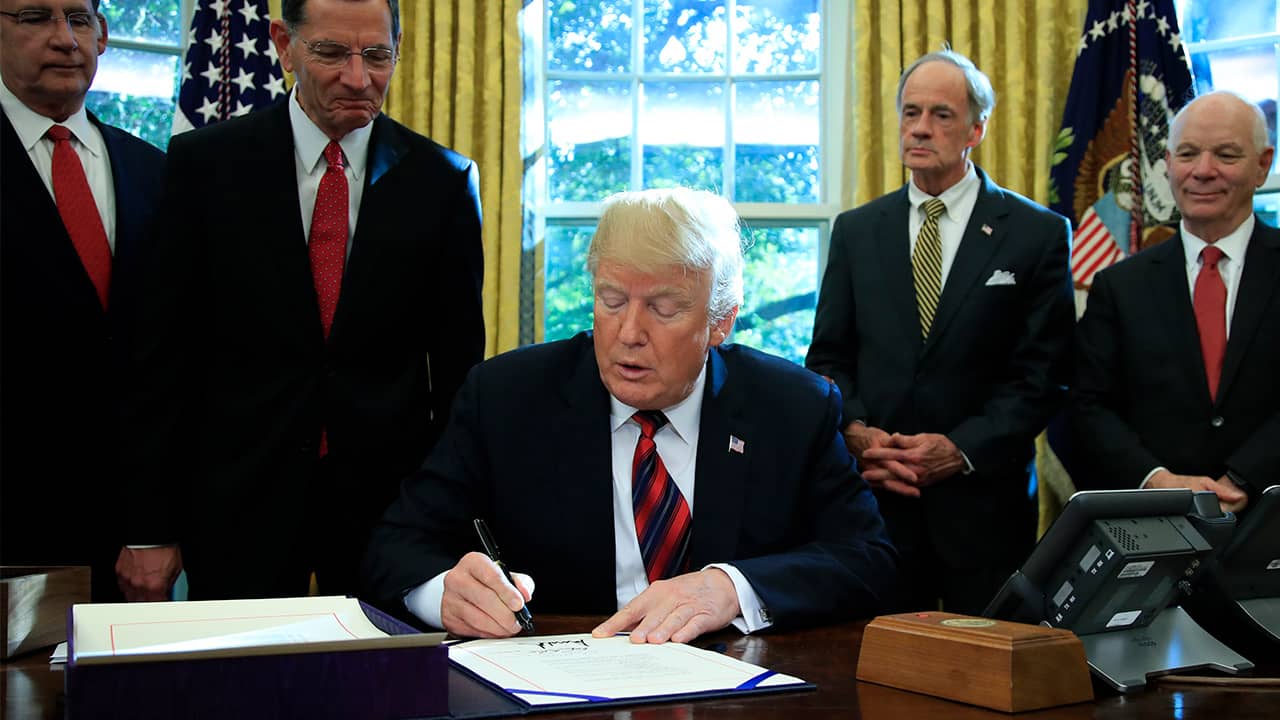 WASHINGTON — President Donald Trump signed a wide-ranging bill Tuesday to improve the nation’s water infrastructure, including adding water storage in the San Joaquin Valley.
America’s Water Infrastructure Act of 2018 authorizes more than $6 billion in spending over 10 years for projects nationwide.
The law also boosts projects to restore Gulf Coast wetlands damaged by Hurricane Harvey and improve harbors in Seattle, Savannah, Georgia, and San Juan, Puerto Rico.
The act passed the House of Representatives and the Senate on a bipartisan basis before going to Trump’s desk.
The new law incorporates legislation written by Rep. Jeff Denham (R-Turlock) to authorize financing of new water storage projects. He attended the signing ceremony at the White House. 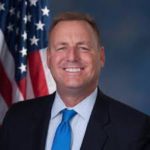 “With the signing of this bill into law, we are bringing water home to the Valley I’ve been fighting since day one in Washington to build more water storage for our farmers and neighbors. Today, we celebrate future generations having access to the water they need and deserve.” — Rep. Jeff Denham

“With the signing of this bill into law, we are bringing water home to the Valley,” Denham said. “I’ve been fighting since day one in Washington to build more water storage for our farmers and neighbors. Today, we celebrate future generations having access to the water they need and deserve.”
Denham’s New Water Act provides financing for water projects throughout the western United States, including new reservoirs, below ground storage projects, recycling and desalination projects, Denham’s office said. For Sites Reservoir, the legislation will save hundreds of millions of dollars in construction costs and significantly lower prices for water users.
Additionally, the act enhances flood protection for more than 50,000 Valley residents.
Denham and Rep. Jim Costa (D-Fresno) led a bipartisan effort to see that the Valley wasn’t overlooked in the massive water infrastructure law.
“Water is the lifeblood of our Valley, and we must have safe, reliable sources of water in both wet and dry years,” said Costa in a statement. “America’s Water Infrastructure Act uses multiple approaches to help increase surface water storage in the Valley, which will strengthen our resilience to drought. This will provide our communities with more than just water. It also increases the certainty our local economy needs to thrive and protects our way of life.” 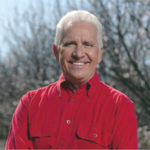 This will provide our communities with more than just water. It also increases the certainty our local economy needs to thrive and protects our way of life.” — Rep. Jim Costa (D-Fresno)

Said Hicham ElTal, deputy general manager of Merced Irrigation District: “We have worked on this issue for many years and this represents a key first step for MID in enhancing storage in Lake McClure. We appreciate the work of Congressman Costa and other local Congress members, as well as the community for supporting us in this endeavor.” 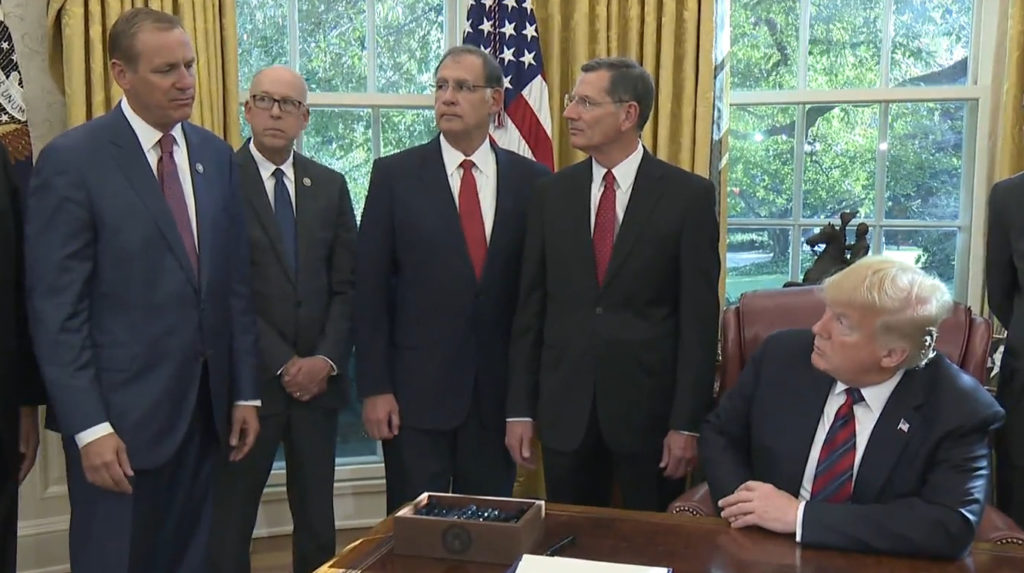 The law also sets up a new framework intended to increase local input on large water projects run by the U.S. Army Corps of Engineers.
Sen. John Barrasso, R-Wyo., chairman of the Senate Environment and Public Works Committee, said the new law helps the economy, cuts red tape and improves aging drinking water systems in communities such as Flint, Mich.
Just as important, the law demonstrates that lawmakers from both parties and all regions can join together for projects to improve infrastructure, Barrasso said.
“It doesn’t get a lot of press — conflict is what gets covered — but this is a good, solid, major piece of infrastructure legislation,” he said in an interview. The next step is an infrastructure bill to improve roads and bridges, Barrasso said, acknowledging that such a bill was unlikely before the next session of Congress.

The law covers a Florida project intended to reduce toxic algae blooms that have devastated coastal marine life and emptied beaches.
The new law will help create a reservoir south of Lake Okeechobee designed to filter out toxins that contribute to harmful algae blooms that have killed turtles, fish and other marine life — even manatees — and have ravaged South Florida’s tourism-driven economy.
Sen. Bill Nelson, a Democrat who is locked in a close re-election fight with Republican Gov. Rick Scott, hailed the water bill. Nelson praised Republican Sen. Marco Rubio for working with him to advance a $1.3 billion Everglades project.
“This reservoir is particularly important right now to help mitigate the toxic algae crisis that’s sweeping the state, but it’s also critical for our broader Everglades restoration effort,” Nelson said.
Rubio said on Twitter he was glad Trump signed the legislation, which also was pushed by Florida Republican Rep. Brian Mast.
“This is an important step toward solving Florida’s water challenges,” Rubio said.
Eric Eikenberg, CEO of the nonprofit Everglades Foundation, said approval of the reservoir project is almost two decades late. He urged the Army Corps of Engineers to build the project in four years — not 10 or 15 years, as some have speculated.
“Florida’s estuaries, coastlines and America’s Everglades are imperiled, and the people of Florida cannot afford to wait,” Eikenberg said. 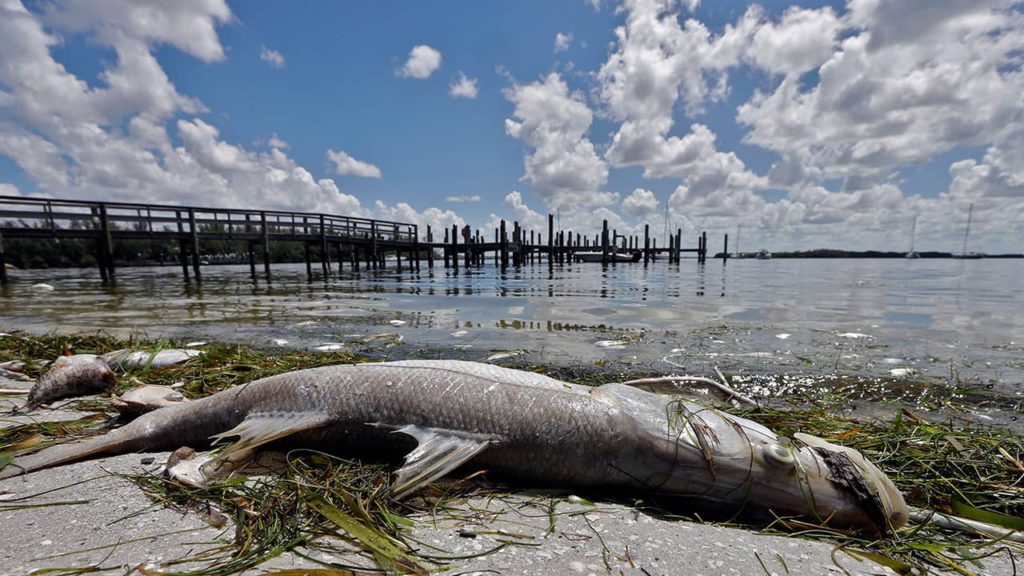 In this Aug. 6, 2018, photo, a dead snook lies along the water’s edge in Bradenton Beach, Fla. Experts say Hurricane Michael failed to break up a patchy and toxic algae bloom in the Gulf of Mexico off Florida. That means the red tide could continue to cause problems in the weeks ahead. (AP File Photo/Chris O’Meara)

Trump’s signing of the AWIA Act comes on the heels of his executive memorandum Friday that a senior White House official called “the most significant action by a president on western water issues.”
That action would streamline regulations to help speed up deliveries from the Central Valley Project and State Water Project, the two main systems delivering water to Valley farmers.
The move also would designate one official for each project to complete environmental reviews. The point person would then identify burdensome regulations to “suspend, revise or rescind.”
House Majority Leader Kevin McCarthy of Bakersfield said that the White House action could bring more than 1 million acre-feet of water to the Central Valley.
“After years of fighting obstruction from California senators, this executive action is a giant leap toward reducing regulatory burdens and improving water deliveries to California’s Central Valley,” Rep. David Valadao (R-Hanford) said Friday.

Sandy Hook Shooter's Belongings Ordered to Be Released to Public