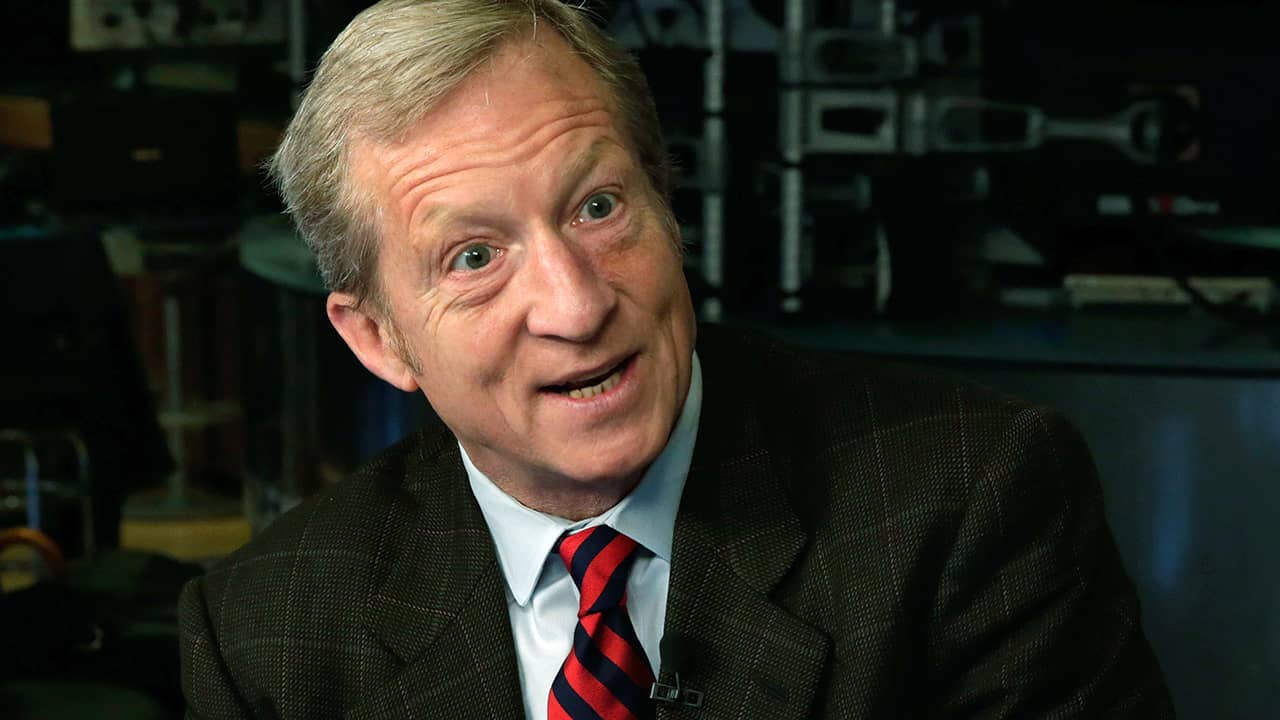 There are a few signs someone is running for president at this point in the game.  Release a book and go on a signing tour. See Kamala Harris.
Another is holding town halls throughout the country. See Tom Steyer. He is bringing his 5 Rights tour to Fresno on Thursday night (Dec. 13).

The billionaire, top Democratic donor, and general Donald Trump agitator will focus on the right to clean air and clean water while in the Valley, 5:30 p.m. at the Falls Event Center (4105 W. Figarden Drive). The event is open to the public.
Steyer will hold a roundtable discussion with the likes of UFW legend Dolores Huerta, and local activist Veronica Garibay of the Leadership Counsel for Justice and Accountability. That will be followed by a town hall.
By his own account, Steyer spent $120 million in the 2018 campaign, supporting progressive candidates. He also advocates for Trump’s impeachment.
This is the second of five U.S. stops for Steyer. He spoke last week in South Carolina.

In the final scheduled 2018 meeting for the Fresno City Council, in addition to voting on cannabis regulations, it will vote on:
— Two items related to homelessness: Allocating $420,000 for the HERO (Homeless Engagement Resource Outreach) team, and ordering an audit of the city’s homeless services.
— Spending $586,000 on software to synchronize the traffic lights on Herndon Avenue between Golden State and Willow. Earlier this year, the council spent $1 million for infrastructure to make the synchronization happen.
— Approving water and sewer services in unincorporated northwest Fresno for the proposed Fresno Humane Animal Services building. However, that project is on hold after neighbors filed a lawsuit.
— Approving a deal with Pepsi for exclusive rights at the convention center. It’s on the agenda again, but it’s been pulled off more times than Lucy pulled a football from Charlie Brown.
— Declaring the results of the Nov. 6 election. The city clerk pulled this item last week and returned it to include that Measure P (the sales tax initiative for parks) failed. Measure P received 52% of the vote but needed two-thirds to pass. Litigation in San Francisco could change the threshold to a simple majority, but that case may be years from being decided.
— Amending the council rules for two minor things: Change the agenda order for approving the minutes and taking up the consent calendar, and limit proclamations to no more than four per meeting. There are four proclamations at this meeting, plus the Pet of the Month.

Kevin Hall is a last minute entrant into the vacant Fresno County supervisor seat vacated by Andreas Borgeas. However, Fresno County election officials said he did not qualify to run, based on the number of verified signatures.
He is listed as an air quality consultant, and his Twitter feed contains many posts about Valley air issues.
The deadline was at 5 p.m. today (Dec. 12).
The three other candidates who took out papers to run for the vacant Fresno County supervisor seat have qualified for the ballot.
Voters will choose among Steve Brandau, Steve Hosey, and Nasreen Johnson on March 5 to serve the remainder of Andreas Borgeas’ term. Borgeas left office when he won election as a state senator.
Brandau is a Fresno city councilman, Hosey is a businessman and former Major League Baseball player, and Johnson is the marketing and communications director for the Fresno EOC.
If no candidate receives a majority, the top two candidates meet in a June 4 runoff.