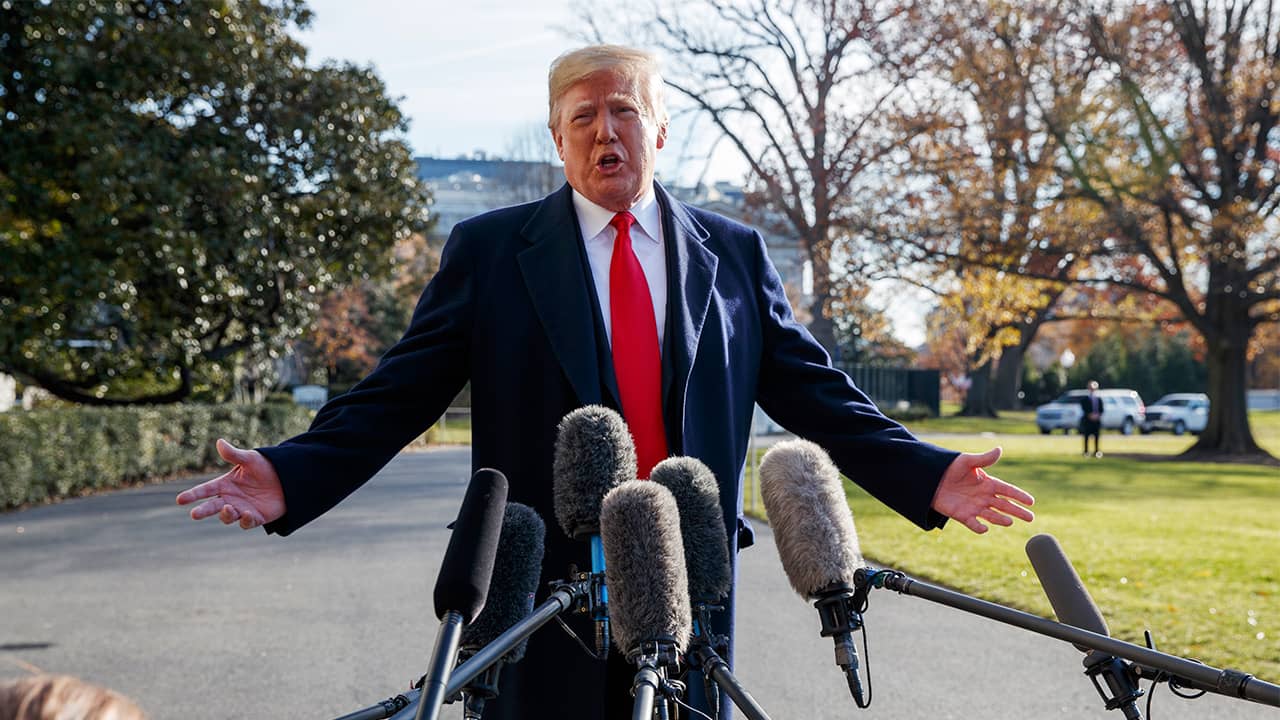 WASHINGTON — President Donald Trump inched closer to his long-teased major White House shake-up Friday, gearing up for the twin challenges of battling for re-election and dealing with the Democrats’ investigations once they take control of the House. The biggest piece of the shifting picture: Chief of Staff John Kelly’s departure now appears certain.
Trump announced he was picking a new U.S. attorney general and a new ambassador to the U.N., and at the same time two senior aides departed the White House to beef up his 2020 campaign. But the largest changes were still to come. Kelly’s replacement in the coming weeks is expected to have a ripple effect throughout the administration.
According to nearly a dozen current and former administration officials and outside confidants, Trump is nearly ready to replace Kelly and has even begun telling people to contact the man long viewed as his likely successor.
“Give Nick a call,” Trump has instructed people, referring to Vice President Mike Pence’s chief of staff Nick Ayers, according to one person familiar with the discussions.
Like all of those interviewed, the person spoke on condition of anonymity to discuss sensitive personnel matters.

Weighing Changes Over Past Several Months

Trump has hardly been shy about his dissatisfaction with the team he has chosen, and has been weighing all sorts of changes over the past several months. He delayed some of the biggest until after the November elections at the urging of aides who worried that adding to his already-record turnover just before the voting would harm his party’s electoral chances. FILE – In this Nov. 26, 1991, file photo, President George H.W Bush, right, and William Barr wave after Barr was sworn in as the new Attorney General of the United States at a Justice Department ceremony in Washington. President Donald Trump says he will nominate William Barr, former President George H.W. Bush’s attorney general, to serve in the same role. Trump made the announcement while departing the White House for a trip to Missouri Friday. (AP Photo/Scott Applewhite, File)

“Now is the best opportunity to be laser-focused on further building out the political infrastructure that will support victory for President Trump and the GOP in 2020,” campaign manager Brad Parscale said in a statement.


“Now is the best opportunity to be laser-focused on further building out the political infrastructure that will support victory for President Trump and the GOP in 2020.” — campaign manager Brad Parscale
The moves had long been planned, and will give Kelly’s eventual successor room to build a new White House political team.
Kelly was not at the White House Friday, but was expected to attend an East Room dinner with the president and senior staff.
Ayers, who is a seasoned campaign veteran despite his relative youth — he’s just 36 — has the backing of Ivanka Trump and Jared Kushner, the president’s daughter and son-in-law and senior advisers, for the new role, according to White House officials. But Ayers has also faced some resistance. During Trump’s flight home from a recent trip to Paris, some aides aboard Air Force One tried to convince the president that Ayers was the wrong person for the job, according to two people familiar with the matter.
Trump and Kelly’s relationship has been strained for months — with Kelly on the verge of resignation and Trump nearly firing him several times. But each time the two have decided to make amends, even as Kelly’s influence has waned.
Kelly, a retired Marine Corps four-star general, was tapped by Trump in August 2017 to try to normalize a White House that had been riven by infighting. And he had early successes, including ending an open-door Oval Office policy that had been compared to New York’s Grand Central Station and instituting a more rigorous policy process to try to prevent staffers from going directly to Trump.

Working for Trump Hard on Kelly

But those efforts also miffed the president and some of his most influential outside allies, who had grown accustomed to unimpeded access. And his handling of domestic violence accusations against the former White House staff secretary also caused consternation, especially among lower-level White House staffers, who believed Kelly had lied to them about when he found out about the allegations.

Trump Prods McConnell on Sentencing Bill: 'Go for It Mitch!'