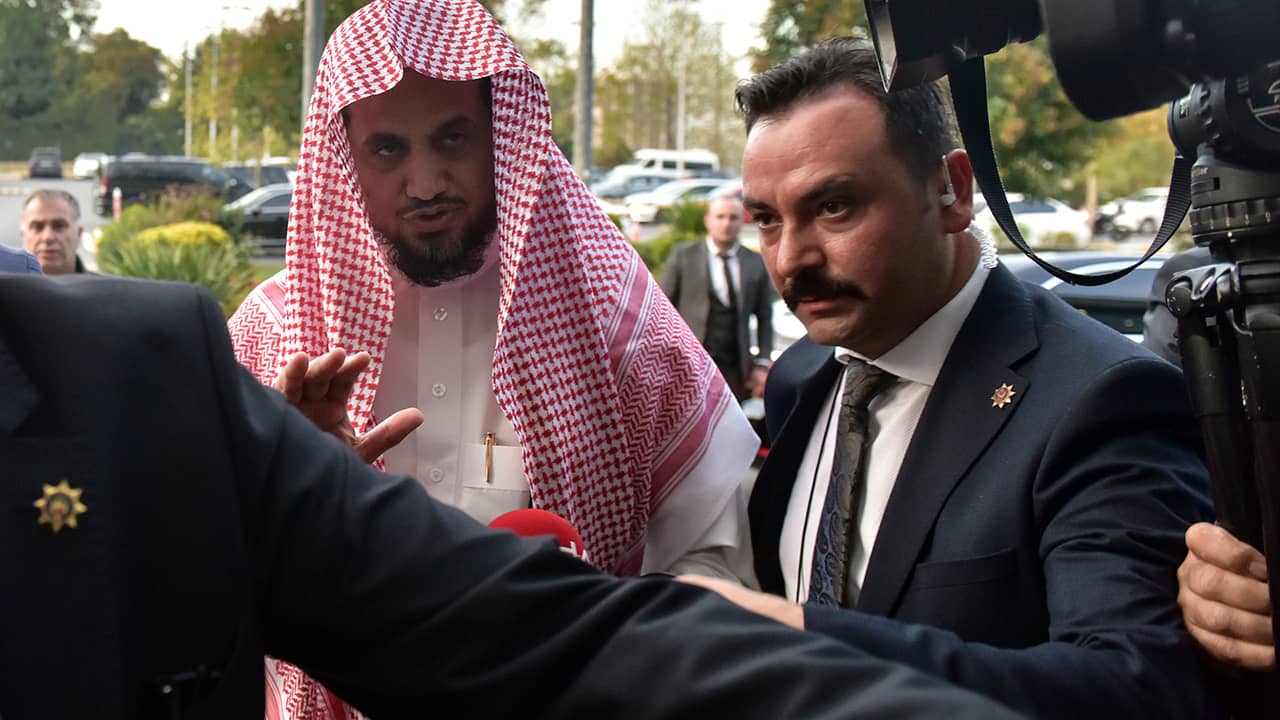 ISTANBUL — Saudi journalist Jamal Khashoggi was strangled as soon as he entered the Saudi Consulate in Istanbul as part of a premeditated killing, and his body was dismembered before it was removed, a top Turkish prosecutor said Wednesday.

Seeking the Extradition of 18 Suspects

Turkey is seeking the extradition of 18 suspects in the journalist’s slaying who were detained in Saudi Arabia. It also is pressing Saudi Arabia for information about who ordered Khashoggi’s killing and the location of his remains.
Turkish President Recep Tayyip Erdogan has called on Riyadh to disclose the identity of an alleged local collaborator said to have been involved in getting rid of Khashoggi’s body.
Saudi chief prosecutor al-Mojeb met with Fidan twice and also visited the Turkish intelligence agency’s Istanbul headquarters this week before leaving for Riyadh on a private jet Wednesday.
Saudi Arabia has not commented directly on the prosecutor’s visit and al-Mojeb did not respond to journalists’ questions at the airport as he departed.
Fidan’s office said the Saudi delegation submitted a written statement and invited the Turkish delegation to come to Saudi Arabia bringing “evidence obtained during the course of the investigation.”

A Joint Interrogation by Turkish and Saudi Investigators

The Saudi representatives said the whereabouts of Khashoggi’s remains and whether the killing was premeditated or not would only come to light through a joint interrogation by Turkish and Saudi investigators, according to the statement.
The statement said Turkey renewed its request for the 18 suspects to be extradited. It did not say if Turkish officials would travel to Saudi Arabia.
Khashoggi, a 59-year-old columnist for The Washington Post, vanished after entering the consulate in Istanbul to pick up paperwork he needed for his upcoming marriage. His Turkish fiancee was waiting for him outside. A critic of the Saudi crown prince, Khashoggi had been living in exile in the United States.
Turkey alleges a Saudi hit squad from Saudi Arabia — including a member of Saudi Crown Prince Mohammed bin Salman’s entourage during a trip to the United States— went to Istanbul to kill the journalist and then tried to cover it up.