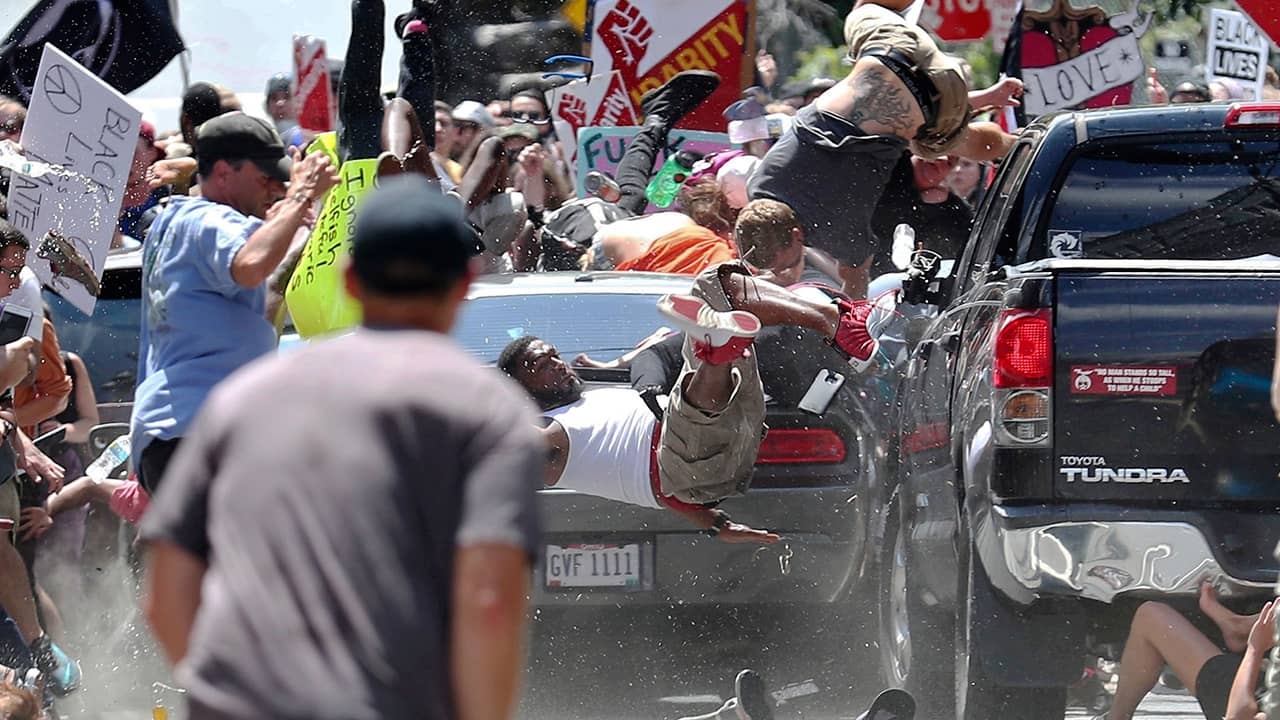 LOS ANGELES — The leader of a Southern California white supremacist group and two other members were arrested on charges of inciting a deadly riot in Charlottesville, Virginia, last year, prosecutors said Wednesday.
The arrests come weeks after other group members were indicted in Virginia on similar charges.
Rise Above Movement leader Robert Rundo was arrested Sunday at Los Angeles International Airport and was denied bail in Los Angeles federal court on Wednesday, U.S. Attorney’s office spokesman Thom Mrozek said.
Two others, Robert Boman and Tyler Laube, were arrested Wednesday morning and Aaron Eason remains at large, Mrozek said. All four are charged with traveling to incite or participate in riots. Attorney information for the defendants could not immediately be found.

The Intent to Incite and Carry on Riots

The men allegedly took actions with the “intent to incite, organize, promote, encourage, participate in, or carry on riots” last year in Charlottesville and in the California cities of Huntington Beach, Berkeley and San Bernardino, according to a complaint from the U.S. Attorney’s office.

Protesting the Removal of Statue of Gen. Robert E. Lee

Hundreds of white nationalists descended on Charlottesville in part to protest the planned removal of a statue of Confederate Gen. Robert E. Lee.
Clashes erupted Aug. 11 as a crowd of white nationalists marching through the University of Virginia campus carrying torches and chanting racist slogans encountered a small group of counter-protesters.