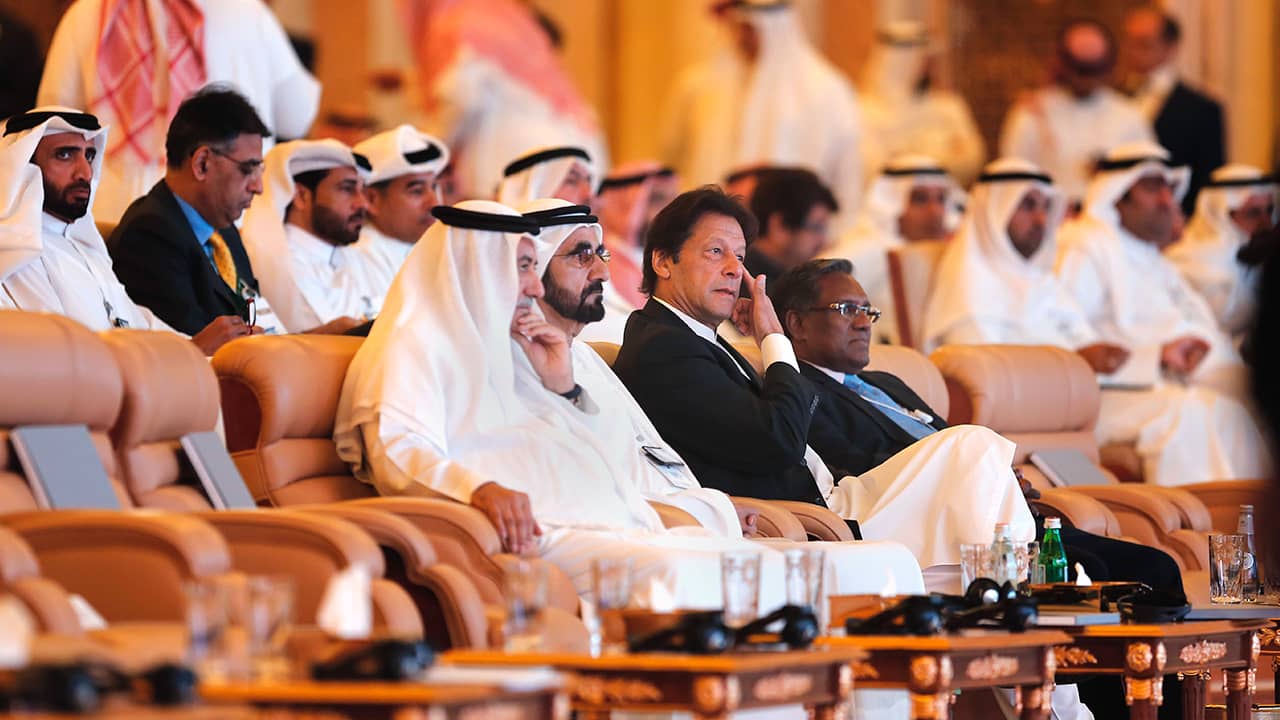 RIYADH, Saudi Arabia — A high-profile economic forum in Saudi Arabia began on Tuesday in Riyadh, with the crown prince making a brief public appearance at the kingdom’s first major event since the killing of writer Jamal Khashoggi at the Saudi Consulate in Istanbul earlier this month.
Khashoggi’s death loomed large over the start of the event, known as the Future Investment Initiative, which came as Turkish President Recep Tayyip Erdogan said Tuesday that Saudi officials murdered Khashoggi in their Istanbul consulate after plotting his death for days.
The Turkish leader demanded the kingdom reveal the identities of all involved in the killing, regardless of rank.
Saudi Arabia, which for weeks maintained Khashoggi had left the consulate, on Saturday acknowledged he was killed there in a “fistfight.” Turkish media and officials say a 15-member Saudi team was flown in to kill Khashoggi. They say the team cut off his fingers before killing and dismembering the 59-year-old Washington Post columnist, who had written critically about Saudi Crown Prince Mohammed bin Salman.
Prince Mohammed has come under mounting pressure, with critics suspecting he ordered the high-profile operation or at least knew about it. Saudi authorities say they have arrested suspects and dismissed senior officials, but the crown prince has thus far escaped blame.

Describing the Journalist’s Killing As “Abhorrent”

On Tuesday, King Salman and Prince Mohammed received Khashoggi’s son, Salah, and his brother, Sahel, at the Yamama Palace in Riyadh, where the two royals expressed their condolences. A friend of the Khashoggi family told The Associated Press that Salah has been under a travel ban since last year. The individual spoke on condition of anonymity, fearing reprisal.

Some $50 Billion in Deals Were Signed at the Forum

Despite the absence of key executives and speakers from the United States and other Western partners, some $50 billion in deals were signed Tuesday at the forum, with Russian and Asian businesses and officials eager to do business with the kingdom.
“Those partners who are here with us today to continue that journey with us are certainly going to look back and find out … how committed the kingdom is to its partners that stay the course,” al-Falih said, just moments before several deals were inked on stage.
The forum last year grabbed headlines when Prince Mohammed wowed the crowd of global business titans with pledges to lead the ultraconservative kingdom toward “moderate Islam.” He also announced plans to build a $500 billion futuristic city in the desert.
At the time, Prince Mohammed spoke on stage alongside Stephen Schwarzman of U.S. private equity firm Blackstone.
Schwarzman is among those who’ve backed out of attending this year. Others include U.S. Treasury Secretary Steven Mnuchin, who met with Prince Mohammed separately before the forum, according to Saudi state television.
Among its many investments domestically and abroad, Saudi Arabia’s sovereign wealth fund, which the crown prince oversees, has invested $20 billion in a U.S.-focused infrastructure fund with Blackstone. 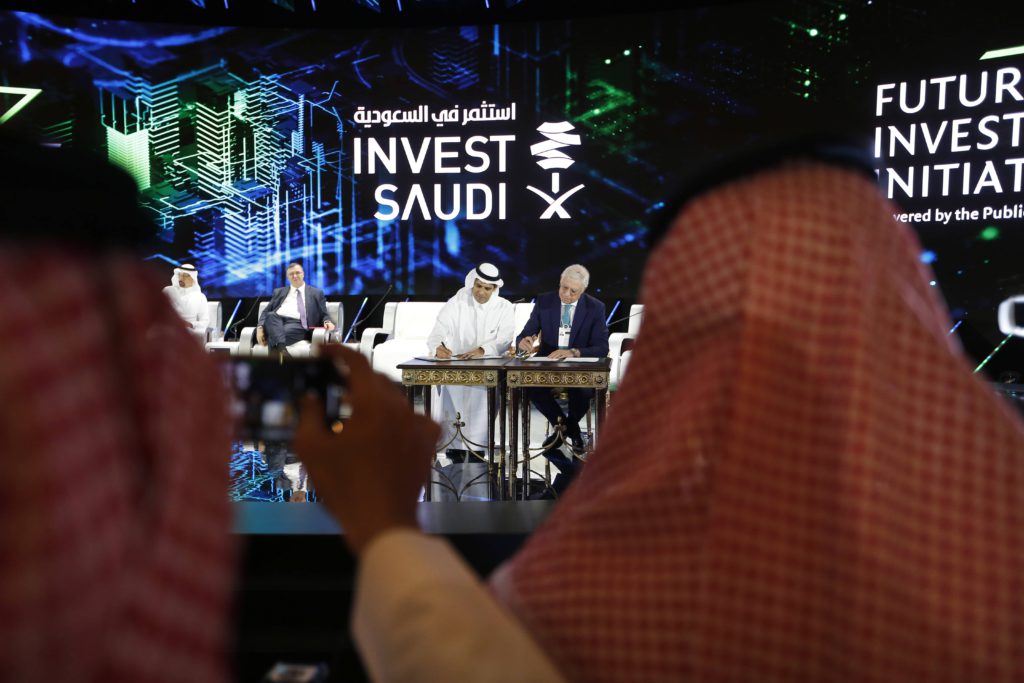 Cameramen film signing accords between Jorge Segrelles Garcia, Executive President of Haramain High Speed Railway, and a Saudi official during the Future Investment Initiative conference, in Riyadh, Saudi Arabia, Tuesday, Oct. 23, 2018. The high-profile economic forum in Saudi Arabia has begun in Riyadh, the kingdom’s first major event on the world stage since the killing of writer Jamal Khashoggi at the Saudi Consulate in Istanbul earlier this month. (AP Photo/Amr Nabil)