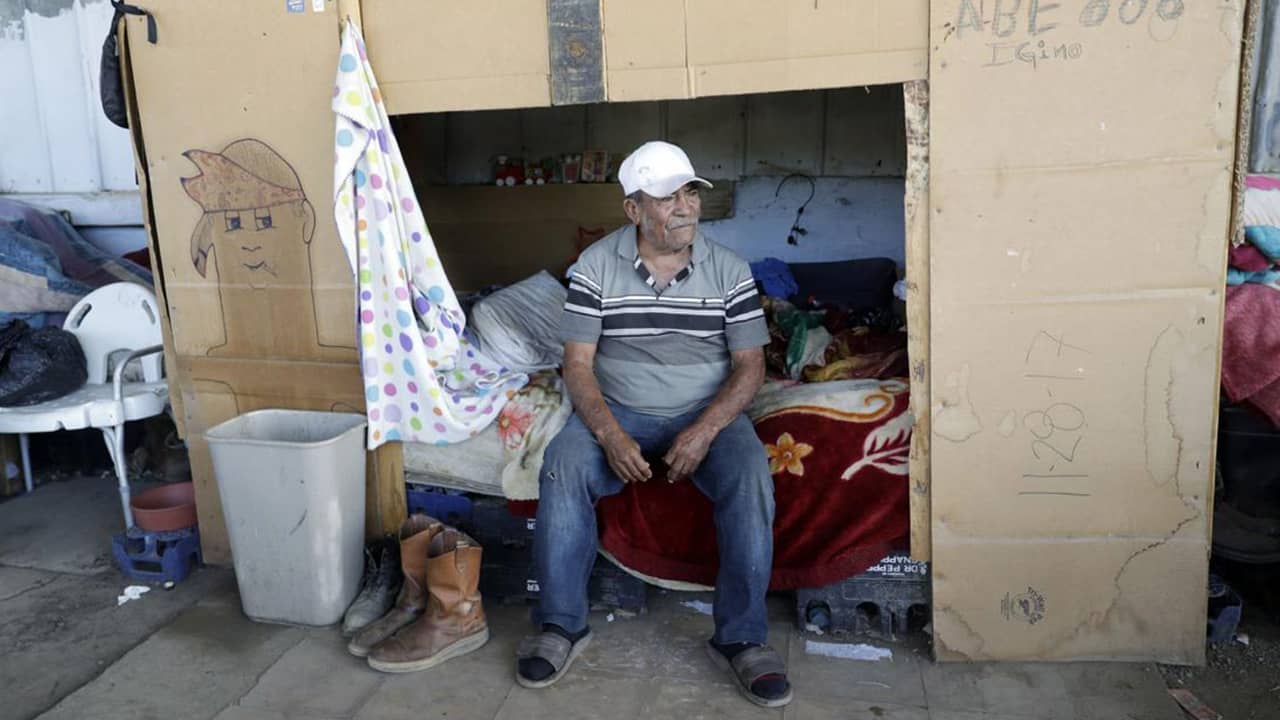 HURON — A rooster signals the start of the day as workers wearing sombreros and ball caps emerge from the shadows and shuffle past boarded-up businesses in this tiny farm town. They converge on a dimly lit dirt lot outside Panaderia de Dios, a bakery sweetening the air with the aroma of Mexican cookies and bread as workers catch rides to the fields.

Despite a big voter-registration advantage for Democrats in the district that includes Huron, they have struggled to unseat a three-term GOP congressman. In mid-September, campaign signs were nonexistent in town, where residents either can’t vote because they’re in the U.S. illegally or don’t vote because they’re more concerned about putting food on the table.

“We’re in the Appalachians of the West,” Mayor Rey Leon said. “I don’t think enough urgency is being taken to resolve a problem that has existed for way too long.”

Huron feels like a village in Mexico, which is where most of its inhabitants hail or descend from. Nearly all residents are Latino, and Spanish is the primary language.
“We didn’t go to school, we didn’t study, so we’re here,” Benito Bautista, 63, said in Spanish, shooing flies with a cowboy hat as he sat in the shade of an apartment building.
Picking or packing crops pays about $11 to 12.50 an hour, but jobs are seasonal, and many people go months without work.
Signs of hard times are easy to spot. More than three dozen cars gathered dust outside Ralph’s Triangle Service, waiting for their owners to earn enough to pay for repairs.
A shuttered melon packing shed down the road has become a homeless encampment where several men and a woman live in large boxes under a roof hanging over a loading dock. One man pointed to five empty King Cobra beer bottles to explain his absence from the fields that day.
At a laundromat where a Mexican soccer match was on TV, 23-year-old Paola Espinoza said she wanted to move out of town. Espinoza, who works as a medical assistant at nearby Naval Air Station Lemoore earning about $20 an hour, fears a lack of things to do could lead to bad influences on her two young daughters. 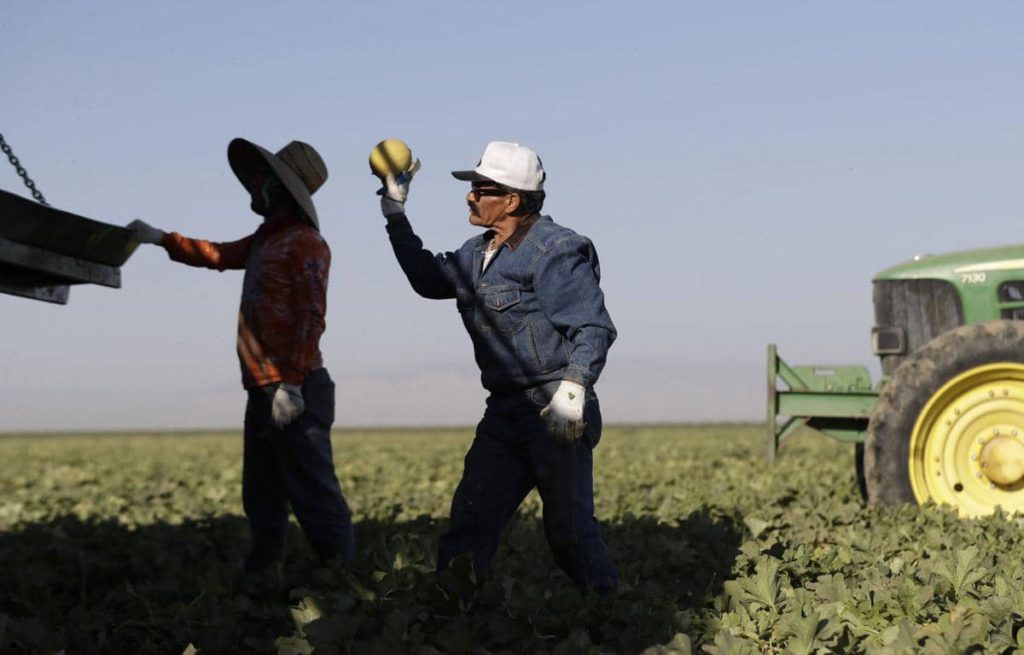 In this Thursday, Sept. 20, 2018 photo, farmworker Melesio Gonzalez, center, picks melons near Five Points, Calif. The region is unrivaled for farm production, but the rich earth has not given back equally to those who toil out of view of millions of tourists and Californians who pass through the valley each year. (AP Photo/Marcio Jose Sanchez)

There’s Nothing for the Kids to Do

There are only a few playgrounds and no arcade or movie theater, though a soccer league was started last year to keep kids from joining gangs.
“There’s nothing for the kids to do,” said Espinoza, who grew up in Huron. “We’re in the middle of nowhere.”
The 1.5-square-mile city is surrounded by lettuce, cotton and tomato fields, where technology has replaced the work of many hands.
“There’s less need for us,” said Higinio Castillo Ruiz, 73, who only works occasionally. “That’s the way things are.”
Large harvesters that cost $450,000 spit out 26 tons (24 metric tons) of tomatoes every 15 to 20 minutes. In a pistachio orchard, machines throttle tree trunks, sending nuts raining down and dust clouds rising up.
Stuart Woolf, who runs a family farm spanning 30,000 acres, said planting nut trees instead of seasonal row crops like lettuce or asparagus allows farmers to earn more per acre.

It’s Only Getting Tougher

Those changes have brought harder times for towns like Huron, which once doubled in size during late fall and early spring when Fresno County supplied most of the nation’s lettuce.

Everyone Gets Their Kicks at School's Special Olympics Event