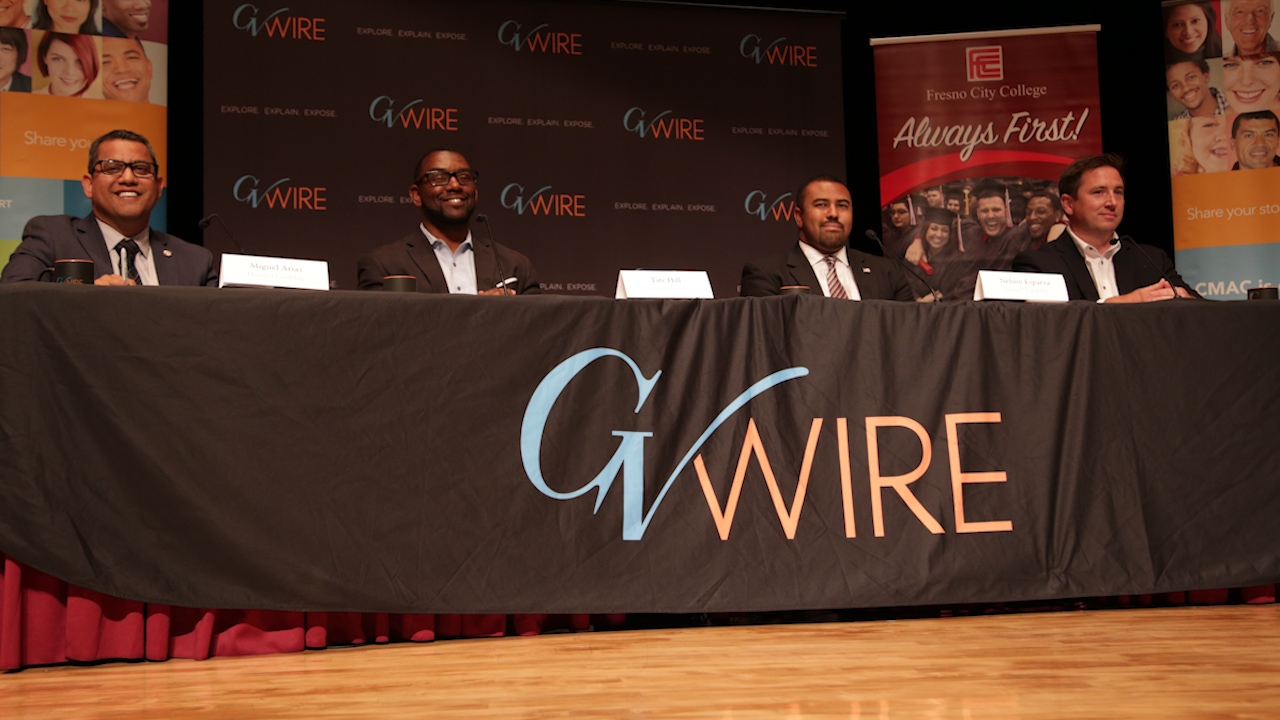 Candidates vying for two Fresno City Council seats debated issues in a lively forum Oct. 16  hosted by GV Wire.
Miguel Arias and Tate Hill are seeking to represent District 3 in southwest Fresno while Nelson Esparza and Brian Whelan are battling in central Fresno’s District 7 race. All four participated in the forum.
District 5 incumbent Luis Chavez and challenger Paula Yang both withdrew from the program, held at Fresno City College, on the day of the event.

The candidates discussed their positions on Measure P, services for immigrants, Fresno’s economy and downtown development, among other topics.
GV Wire’s forum was co-sponsored by Fresno City College (Office of the President) and the Community Media Access Collaborative.
You can view the entire forum above.