Whelan, Esparza Compete to Represent the Heart of Fresno 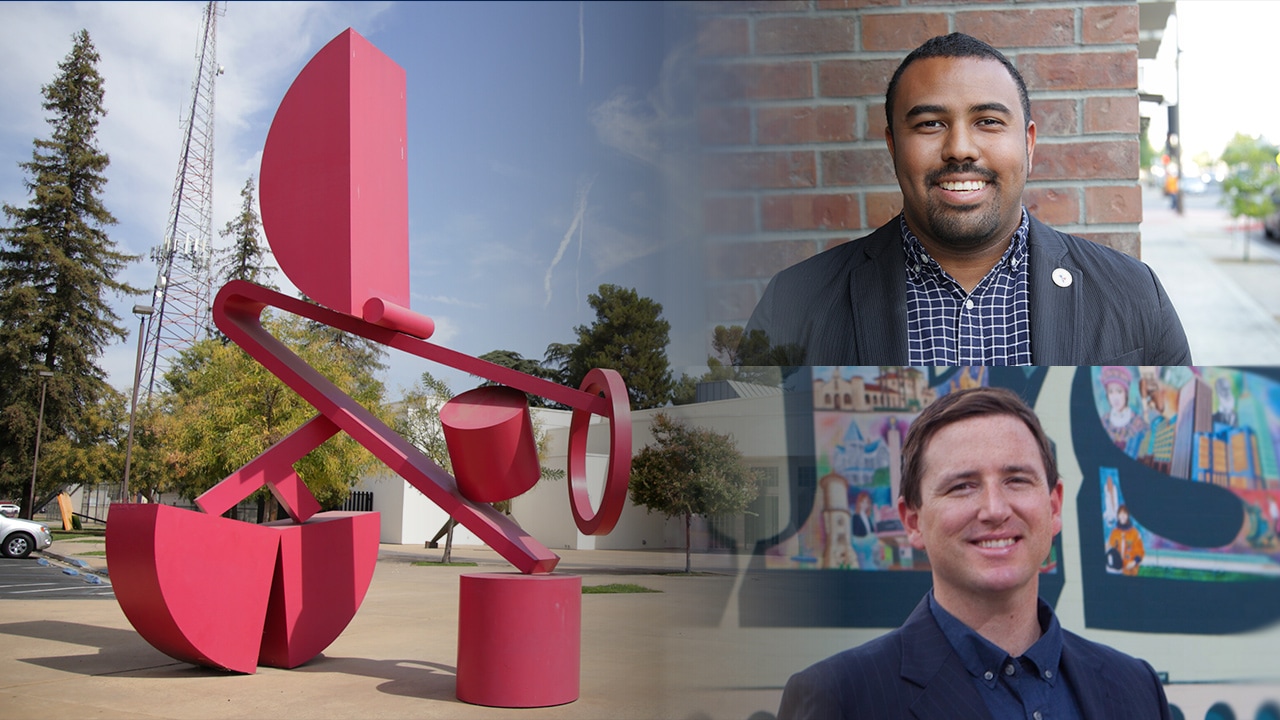 The ideological balance of the Fresno City Council hangs in the district carved out of the city’s center.
Brian Whelan is a Republican. Nelson Esparza is a Democrat. Many of their views are consistent with their party ideology.
Both want to succeed termed-out Republican Clint Oliver to become the District 7 representative. Balance on Council Centered in District 7

Olivier’s departure means that only two seats are guaranteed to be in Republican hands come January. Steve Brandau (District 2) and Garry Bredefeld (District 6) represent north Fresno and are both in the middle of four-year terms.
Democrats Esmeralda Soria (District 1) and Paul Caprioglio (District 4) are also returning. They will be joined by the winner of the all-Democrat race in District 3 between Miguel Arias and Tate Hill as well as the winner in District 5 between Democratic incumbent Luis Chavez and Paula Yang (registered with no party preference).
Though the race is officially nonpartisan, the winner in the District 7 contest will clearly affect the ideological balance of the council.

Whelan, a 35-year-old attorney, says his legal background makes him the best choice.
“I am a professional problem solver, using the law to solve problems for people. That gives me a competitive edge,” Whelan said. “The message is about raising neighborhoods through community involvement, community engagement.”
Esparza, a 28-year-old economics instructor at Fresno City College, says he has the name recognition. He is a Fresno County Office of Education trustee, winning his seat in 2016.


“I see this more as a tipping point between those who are pro-business council people than those who are not pro-business council people.” — District 7 candidate Brian Whelan
“Going to their doors, making the phone calls to folks in the district, it’s not an introduction to me … it’s a pre-existing relationship. It’s more of a check-in, it’s more of a follow-up of how things are going in the neighborhood,” Esparza said.
He downplays accusations that he started campaigning for the city council job shortly after voters chose him to the FCOE board.
“A lot of that was falsely manufactured,” Esparza said. He denied reports that he announced his city council candidacy at a private meeting in the spring of 2017. “There were rumors floating around me running for this seat long before I decided. I feel comfortable because I’m going to be representing these exact same people I represent already.”

“I am an economics instructor. I see things from that perspective. That is sort of my viewpoint of the world. But, I have a lot of compassion. I do share some of the values of the Democratic platform.” — District 7 candidate Nelson Esparza

Esparza said he favors Measure P, the November ballot measure asking voters to approve a 3/8 sales to tax to fund parks and related programs. Supporters estimate it would raise $38 million a year.
He listed several parks in the district he wants to be improved or made safer — including Radio Park.
“It’s hit or miss. Depending on the time of day, it’s more of a homeless encampment than it is a park,” Esparza said.
Whelan told GV Wire he would want to see how the people in his district would vote on the issue. When pressed he said, “I will vote for Measure P, sure.” 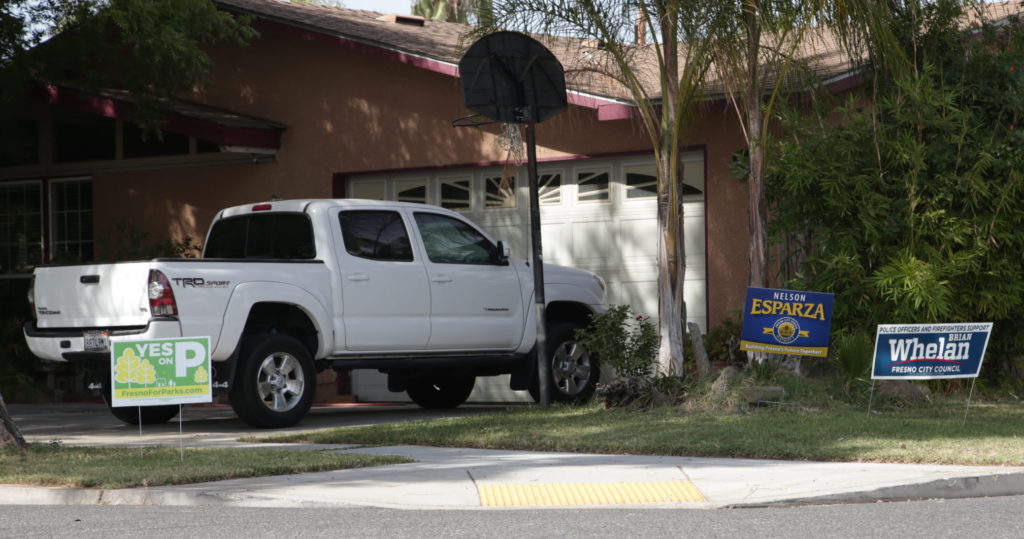 The argument against Measure P, made by the Fresno Chamber of Commerce, Fresno Police Officers Association and Mayor Lee Brand, is that the tax measure should include money for public safety.
Those three entities endorse Whelan.
“This harkens back to what my obligations will be as a city councilperson. I want to be a good steward for the people I represent,” Whelan said. “There are a lot of people who are polarly opposed to it. There are a lot of people who support me that are on the opposite side of the fence.”
Whelan wouldn’t commit to supporting a future public safety tax but is willing to have the conversation.
Esparza would only consider a public safety tax after examining how that money would be spent. He said such a tax would have to include an accountability component.
“I was very disappointed that we weren’t able to have both, a combined measure,” Esparza said. “My personal view is it was a failure on the part of the administration to cobble together that coalition of a support and bring people together so we don’t have to choose.” 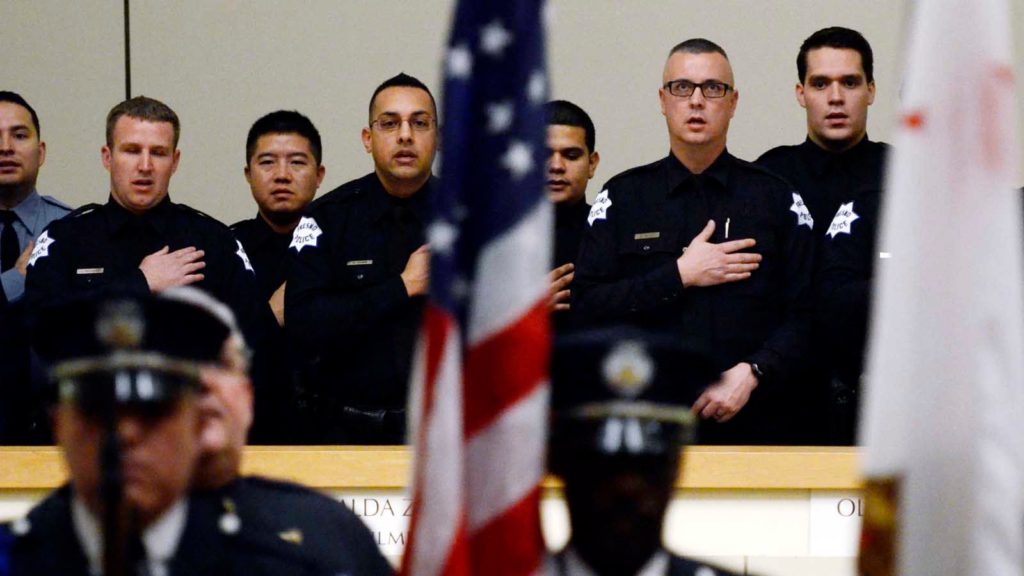 Nelson Esparza and Brian Whelan would like to see the Fresno Police Department grow to 1,000 officers. (YouTube Image)

Whelan and Esparza say they hear constituents concerns about public safety. Both support increasing the police force to 1,000 officers.
“I had conversations with the FPOA and also with the mayor,” Whelan said. “Lee Brand talked about that being the number that was achievable, attainable and one that would be helpful for our area.”
Said Esparza: “I can’t disagree with the chief or the mayor. They’re the experts.”

“It’s a dire situation. There’s a real crisis in District 7 with homelessness, throughout the city, in fact,” Whelan said. “The Housing First solution is a good one, a positive one. That would help bridge a transition from people who are down on their luck to those that can bounce back on their feet and be productive members of society.”
Esparza wants to know the causes of homelessness.


“It’s a dire situation. There’s a real crisis in District 7 with homelessness, throughout the city in fact.” — Brian Whelan
“Maybe some people can literally not afford a shelter, put a roof over their head. Some folks may be mentally ill. Some folks may do drugs. I can’t speak on their behalf. But, what we need is data,” Esparza said.
Both agree that the city should build another shelter, a plan discussed recently by the council. Whelan says it should be a public-private partnership. 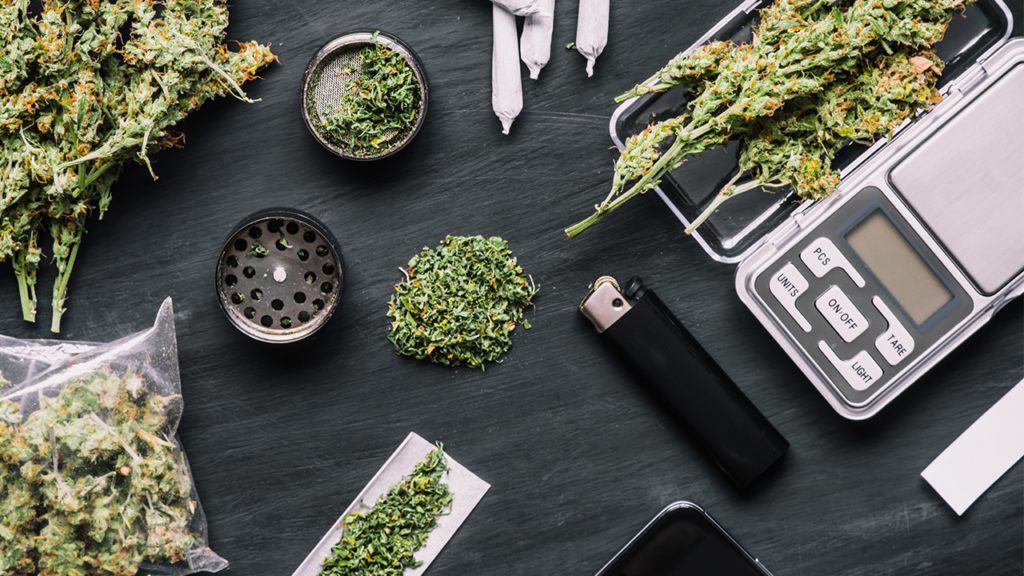 Throughout the primary, Whelan expressed doubts on cannabis regulation. He noted that despite California approving Proposition 64 allowing recreational use in the state, it’s at odds with federal law.