“Leftists sacrificed thousands, including their own, on the altar of Political Correctness.” — Rep. Steve King, an Iowa Republican

But politicians who quickly expressed outrage about the immigrant suspect charged with killing runner Mollie Tibbetts have been silent or more restrained about the white homeless man accused in the death of a college golf star from Spain.

Hours after Cristhian Bahena Rivera was arrested last month in Tibbetts’ death, President Donald Trump declared that the farmhand had killed the “beautiful” young woman because of the nation’s “disgraceful” immigration laws. The president recorded a video citing Tibbetts’ slaying in his case for building a wall on the border with Mexico and adopting other policies intended to keep immigrants from entering illegally.

So far, Trump and many others who followed his lead have not weighed in on the death of Celia Barquin Arozamena, who was attacked Monday while golfing on a course near Iowa State University. The White House press office did not respond to a request for comment Wednesday on Barquin, who was the Big 12 women’s golf champion this year and a 22-year-old engineering student.

Neither has Rep. Steve King, an Iowa Republican who tweeted that Tibbetts would be alive if immigration laws were enforced and added: “Leftists sacrificed thousands, including their own, on the altar of Political Correctness.”

Richards Repeatedly Received Chances to Turn His Life Around 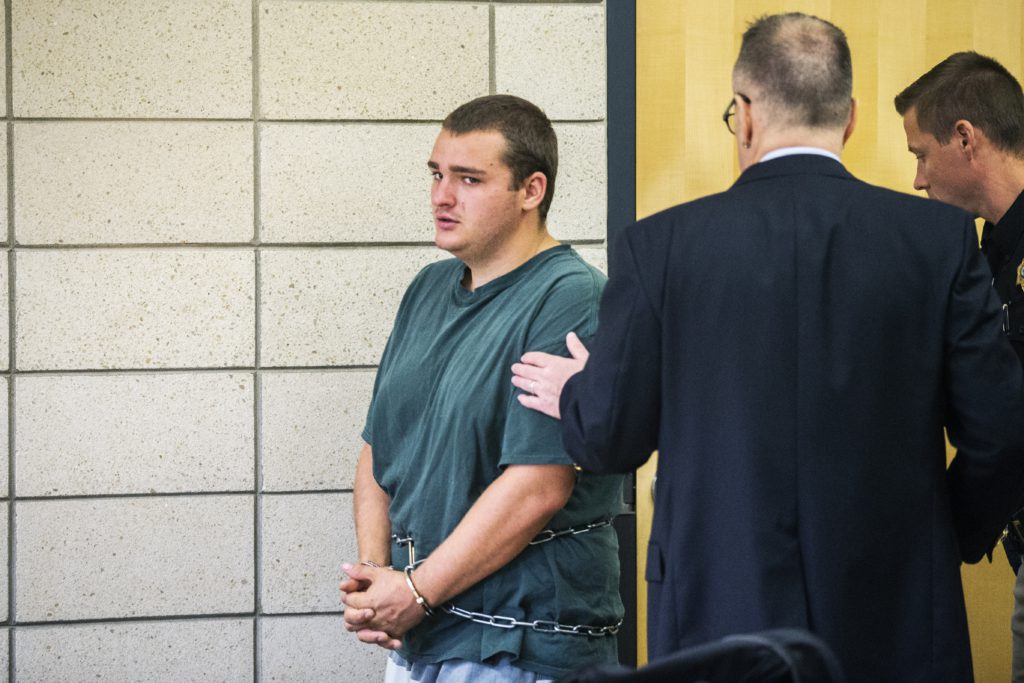 King represents Ames, which includes the university, and a part of western Iowa where the suspect accused in Barquin’s death lived as a teenager and young adult in small towns. Court records show that 22-year-old Collin Richards repeatedly received chances to turn his life around but instead kept committing crimes and violated probation again and again.

Richards once threatened to “shoot up” a convenience store where he was caught shoplifting. He dragged his ex-girlfriend out of a home in a headlock, allegedly cutting off her airway and leaving her injured. He got high and stole a pickup truck after wrecking his own car. He burglarized a gas station to steal tobacco and beer and stole from his own grandparents’ home. He was found with an illegally long knife during a traffic stop, and he injured a police officer during a scuffle.

None of that earned Richards prison time or a felony conviction, in part because prosecutors agreed to plea deals that reduced charges to misdemeanors and judges imposed sentences of probation.

Richards was sent to prison last year only after he tested positive for methamphetamine and marijuana, failed to complete an anger-management course he started four times and didn’t pay court-ordered fees to a halfway house, court records show.

Even then, the two-year sentence was reduced to about seven months after credit for good behavior and some jail time already served.

After his release, Richards was arrested weeks later for public intoxication. Soon, he was living in a tent in a homeless encampment in the woods near the Coldwater Golf Links in Ames. He told an acquaintance that he had an urge to “rape and kill a woman,” police said. He allegedly stabbed Barquin and left her body in a pond near the ninth hole. 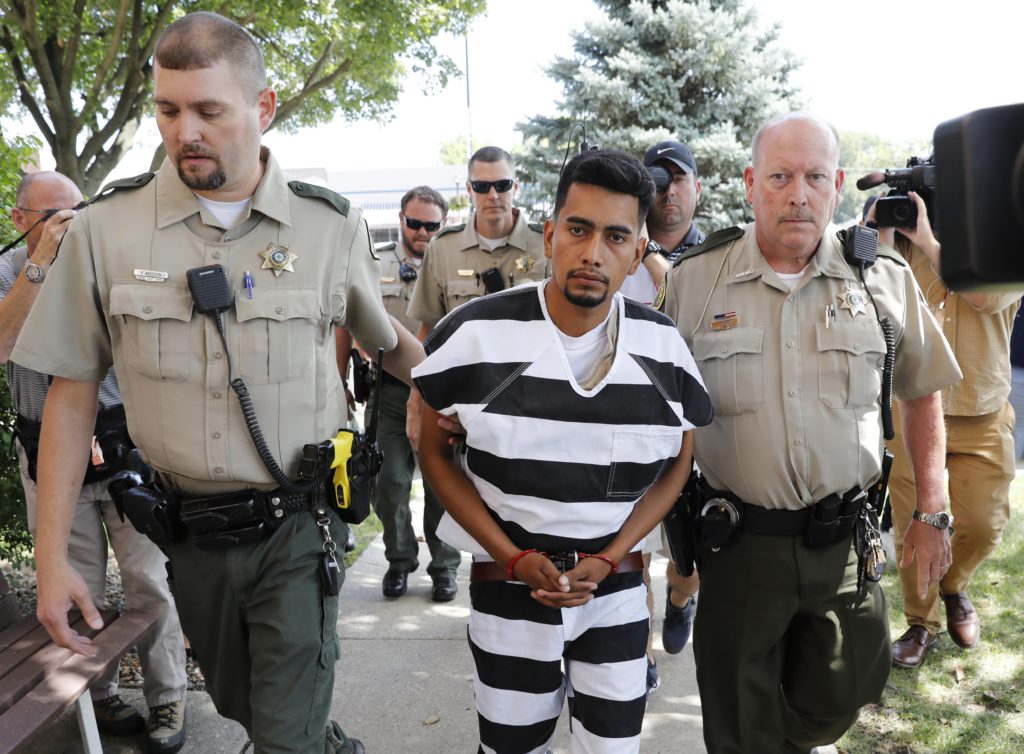 Cristhian Bahena Rivera is escorted for his initial court appearance. Rivera is charged with first-degree murder in the death of Mollie Tibbetts, who disappeared July 18 from Brooklyn, Iowa. Rivera pleaded not guilty during a court appearance Wednesday, Sept. 19. (AP Photo/Charlie Neibergall, File)

Rivera followed a different path, allegedly entering the country from Mexico illegally as a teenager and later getting hired at a dairy farm by providing false identification documents. He was described as a reliable worker.

He had no prior criminal record in Iowa before, police say, he followed Tibbetts, a 20-year-old University of Iowa student, in a car while she was running on July 18 in the small town of Brooklyn. He’s accused of killing her and leaving her body in a cornfield. He pleaded not guilty Wednesday, and his trial is scheduled for April.

After Tibbetts’ death, Iowa Gov. Kim Reynolds said residents were angry “that a broken immigration system allowed a predator like this to live in our community.” She also said she might be open to considering a plan to require Iowa employers to use the government’s E-Verify system to check their workers’ eligibility to be in the U.S., although it’s not clear whether that would have prevented the farm from hiring Rivera.

On Tuesday, Reynolds referred to Barquin’s death as “horrific” and “senseless” but said it was premature to determine whether any changes needed to be made to keep young women safe.

“As we all learn more about what happened in this senseless tragedy again, we will look for opportunities and ways that we can do better.” — Iowa Gov. Kim Reynolds

“As we all learn more about what happened in this senseless tragedy again, we will look for opportunities and ways that we can do better,” she told reporters, according to the Des Moines Register.

Meanwhile, a third slaying of a young woman was drawing attention in the nation’s capital. Wendy K. Martinez, 35, was jogging in Washington’s Logan Circle neighborhood Tuesday evening when she was fatally stabbed in what police said was probably a random attack. She staggered into a restaurant where customers tried to save her life.