Drifter Charged in Stabbing Death of Champ Golfer in Iowa 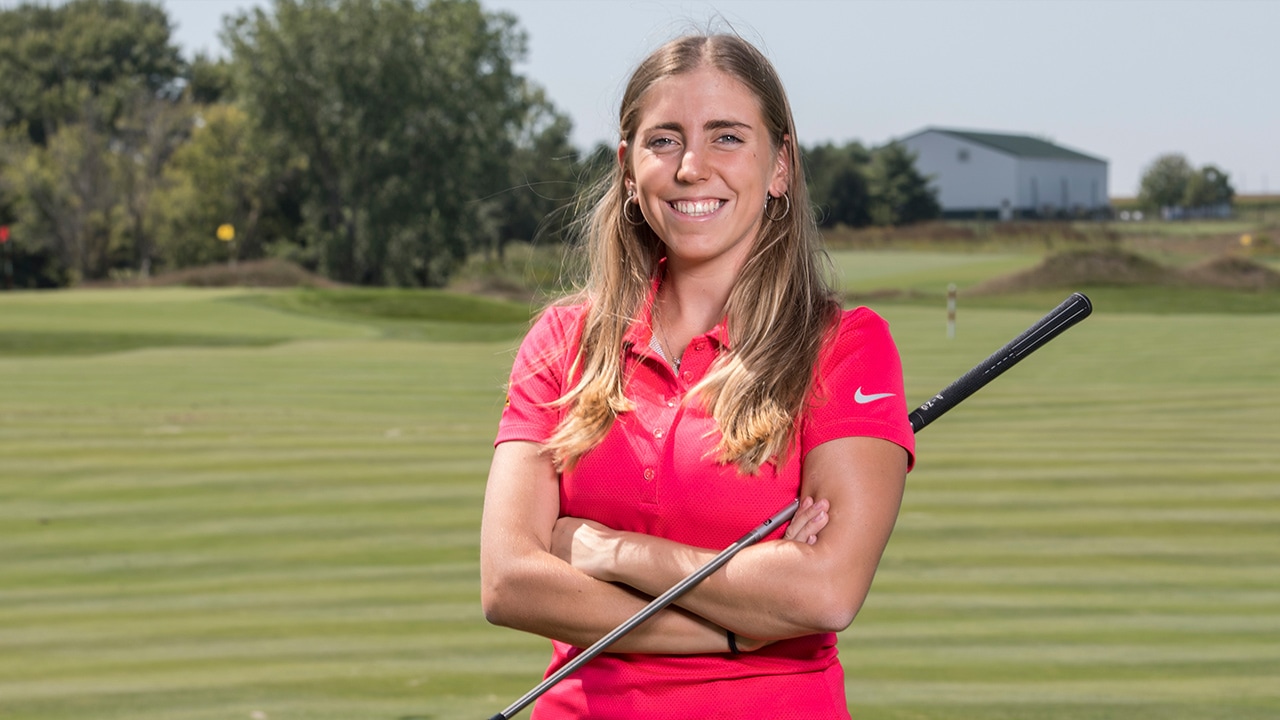 AMES, Iowa — A homeless man attacked and killed a top amateur golfer from Spain who was playing a round alone near her university campus in central Iowa, leaving her body in a pond on the course, police said Tuesday.
Collin Daniel Richards, 22, has been charged with first-degree murder in the death of Celia Barquin Arozamena, a student at Iowa State University.
He was ordered jailed Tuesday on a $5 million, cash-only bond.
Barquin was found Monday morning at Coldwater Golf Links in Ames, about 30 miles north of Des Moines. Police were called to the course around 10:20 a.m. to investigate a possible missing female after golfers found a golf bag with no one around it.
Officers found Barquin’s body some distance from the bag, with several stab wounds to her upper torso, head and neck, according to the criminal complaint filed Tuesday.
“It’s still very troubling for something like this to happen in broad daylight in a community that is as safe as Ames is,” Ames police Cmdr. Geoff Huff said at a news conference Tuesday.

It is the second fatal stabbing of a female student in Iowa in recent months. An immigrant from Mexico is charged in the July 18 kidnapping and stabbing of University of Iowa student Mollie Tibbetts, who vanished while out for a run in the small town of Brooklyn.

The university said Barquin, a native of Puente San Miguel, Spain, was finishing her civil engineering degree this semester after exhausting her eligibility at Iowa State in 2017-2018. Iowa State President Wendy Wintersteen said in a statement on Twitter that she was “deeply saddened” by Barquin’s death:

Our hearts are broken. President Wintersteen: “We were deeply saddened to learn of the tragic death of Celia Barquin Arozamena…dedicated civil engineering student…talented student athlete and an acclaimed golfer with a bright future…a terrible, tragic, senseless loss.” https://t.co/QdkEd8U83N

She was one of the most accomplished players in Cyclone golf history. In April, she became the second women’s golfer at Iowa State to earn medalist honors at a conference tournament when claiming the 2018 Big 12 Championship. She did it with a three-shot victory.