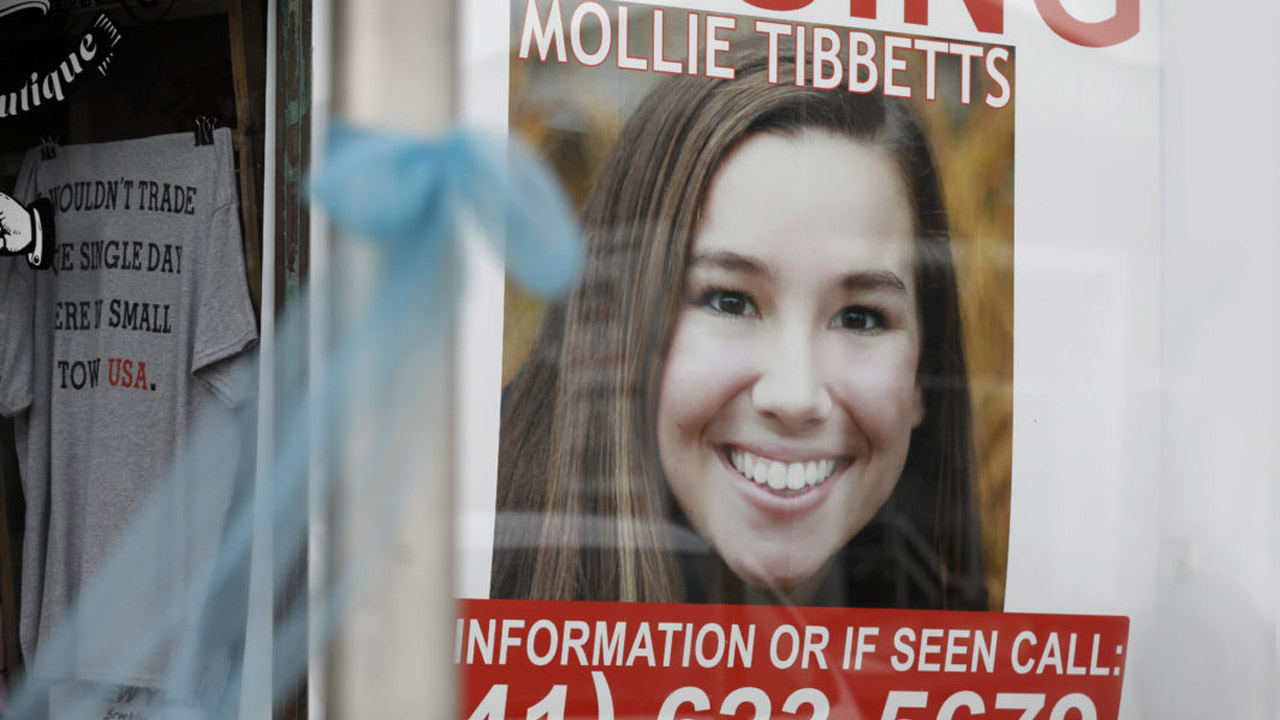 The daughter of a Fresno couple, whose disappearance five weeks ago in Iowa attracted national attention, has been found dead.
And police say the suspect, in custody, confessed to the crime. A man from Mexico living in the U.S. illegally has confessed to kidnapping college student Mollie Tibbetts while she was running in her small Iowa hometown, killing her and dumping her body in a cornfield, authorities said Tuesday.
Cristhian Bahena Rivera, 24, was arrested and charged with first-degree murder in the death of Tibbetts, whose July 18 disappearance set off a massive search involving state and federal authorities.
Tibbetts’ father, Rob, lives in Fresno with his wife, Kacey Auston-Tibbetts.
Auston-Tibbetts runs a government and public relations firm and is known around Fresno City Hall for helping her clients navigate the bureaucratic maze.
Mollie served as her father’s best man during Rob and Kacey’s wedding ceremony this past June, according to a Des Moines Register story.
Mollie moved to Iowa with her mother after her parents separated when she was a child. 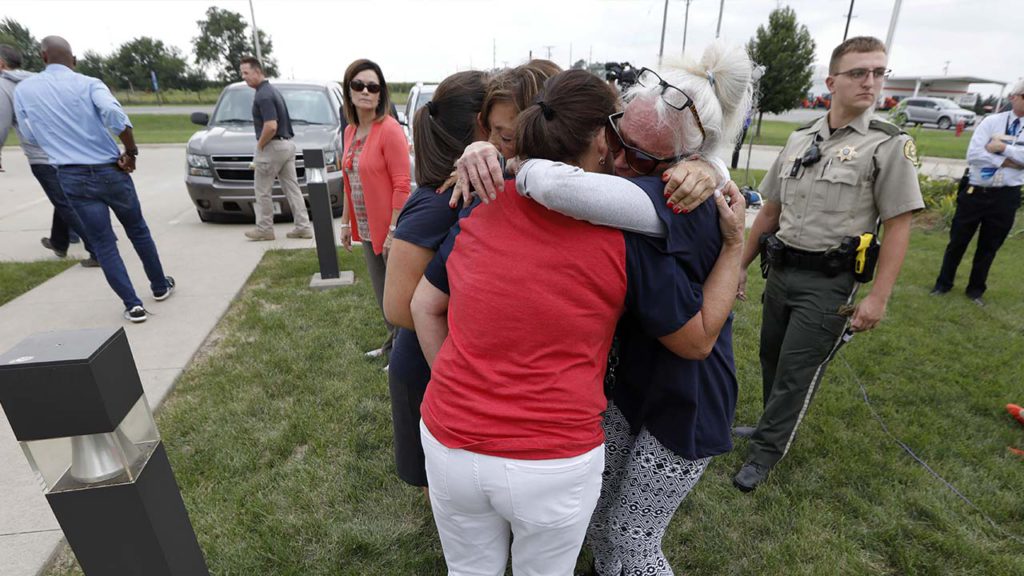 “]”We are angry that a broken immigration system allowed a predator like this to live in our community, and we will do all we can to bring justice to Mollie’s killer.” — Iowa Gov. Kim Reynolds

Rivera led investigators early Tuesday to a body believed to be Tibbetts in a cornfield about 12 miles southeast of Brooklyn, Iowa, where Tibbetts was last seen running, Division of Criminal Investigation special agent Rick Rahn said.
“I can’t speak about the motive. I can just tell you that it seemed that he followed her, seemed to be drawn to her on that particular day, for whatever reason he chose to abduct her,” Rahn told reporters at a news conference outside the sheriff’s office in Montezuma, where Rivera was being jailed. 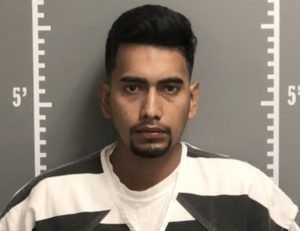 This undated photo provided by the Iowa Department of Public Safety shows Cristhian Bahena Rivera. Authorities said on Tuesday, Aug. 21, 2018, that they have charged a man living in the U.S. illegally with murder in the death of Iowa college student, Mollie Tibbetts, who disappeared a month ago while jogging in a rural area. Iowa Division of Criminal Investigation Special Agent Rick Rahn said that Rivera, 24, was charged with murder in the death of Tibbetts. (Iowa Department of Public Safety via AP)

The news that the highly publicized and gruesome crime was allegedly committed by a person in the country illegally drew immediate outrage. Iowa Gov. Kim Reynolds, a Republican, said: “As Iowans, we are heartbroken, and we are angry.”
“We are angry that a broken immigration system allowed a predator like this to live in our community, and we will do all we can to bring justice to Mollie’s killer,” she said in a statement.
The arrest is likely to spark calls for a further crackdown on illegal immigration, which President Donald Trump has made a core policy of his administration.

President Donald Trump asked his audience at a rally Tuesday in Charleston, West Virginia, whether they had heard about the “illegal alien” from Mexico charged with the Tibbetts’ murder.
Trump said, “You saw what happened to that incredible, beautiful young woman. Should have never happened.”
Trump called the nation’s immigration laws “a disgrace” that need to be overhauled.
He added, “We’re getting them changed, but we have to get more Republicans. We have to get ’em.”
Trump has often has claimed widespread crime by people living in the country illegally, citing among other things the indictments of 11 suspected MS-13 gang members from El Salvador charged in connection with the slayings of two Virginia teens. Trump also has held events at the White House with members of “angel families,” whose relatives were killed by immigrants.
Although Trump claims legal U.S. residents are less likely to commit crime, several studies from social scientists and the libertarian think tank Cato Institute find that isn’t accurate and states with a higher share of people living in the country illegally have lower violent crime rates.
U.S. Immigration and Customs Enforcement said that it lodged a federal immigration detainer for Rivera after he was arrested on the murder charge. That move means the agency has probable cause to believe he is subject to deportation.

More About the Suspect

Investigators said they believed Rivera had lived in the area from four to seven years. Rahn declined comment on his employment history, but described Rivera as someone who lived in a rural area and kept to himself. A search of Iowa court records revealed no prior criminal history, and it’s unclear whether he had ever been subject to prior deportation proceedings.
Investigators said they zeroed in on Rivera after obtaining footage from surveillance cameras in Brooklyn. The footage showed a Chevy Malibu connected to Rivera that was driving back and forth as Tibbetts was running in the area, Rahn said.
An affidavit attached to the criminal complaint against Rivera alleged that he admitted to investigators he got out of his car and started running alongside Tibbetts.
Tibbetts grabbed her phone and said she was going to call the police. The affidavit says Rivera panicked and then said he blacked out. Rivera next remembers seeing her earphones on his lap, and taking her bloody body out of the trunk of his car, it said.
“The defendant further described during the interview that he dragged Tibbetts on foot from his vehicle to a secluded location in a cornfield,” the affidavit said.
Investigators said they had earlier searched the area for Tibbetts but didn’t find her, noting the body was covered by corn stalks when recovered early Tuesday.
Rahn said that Rivera was cooperating with investigators and speaking with the help of a translator. He said an autopsy would be performed on the body Wednesday by the state medical examiner’s office, which would assist investigators in understanding whether Tibbetts had been assaulted or tried to fight him off.

No Death Penalty in Iowa

A conviction on first-degree murder carries a mandatory sentence of life in prison without parole in Iowa, which doesn’t have the death penalty.
Tibbetts’ disappearance set off a massive search involving dozens of officers from the FBI, as well as state and local agencies. They focused much of their efforts in and around Brooklyn, searching farm fields, ponds and homes. Investigators asked anyone who was around five locations, including a car wash, a truck stop and a farm south of town, to report if they saw anything suspicious on July 18.
Last week, Vice President Mike Pence met privately with the Tibbetts family during a visit to Iowa and told them that “you’re on the hearts of every American.”
At Brooklyn City Hall, city clerk Sheri Sharer said Tuesday was a sad day for the town.
“It never crossed our mind that she wouldn’t come home safe,” she said.
The University of Iowa mourned the loss of Tibbetts, a psychology major who would have started her junior year this week.
“We are deeply saddened that we’ve lost a member of the University of Iowa community,” said university official Melissa Shivers, who urged students to seek counseling and other support services as needed.
AP writer Ryan Foley contributed to this story.