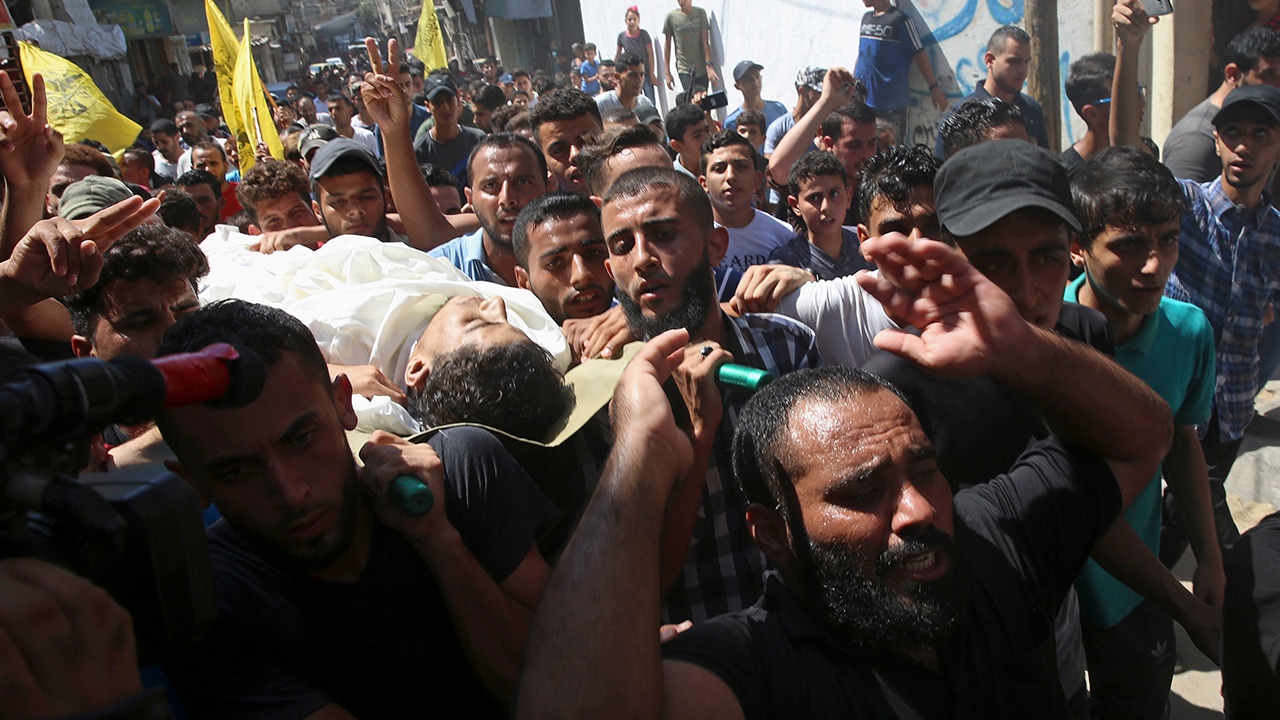 GAZA CITY, Gaza Strip — Palestinians protested Wednesday at a new location along the perimeter fence between Israel and Gaza as Hamas intensified demonstrations at the border after Egyptian-led cease-fire talks stalled.

Protests Have Persisted Since Late March

The protests have persisted since late March, driven in large part by the desperation of living under the blockade.
Hamas was close to reaching a deal and the mediation efforts reached their peak in August, but intervention by President Mahmoud Abbas of the Palestinian Authority resulted in “confusing and slowing” the discussions, Qassem said.
With limited options, Hamas resorted to escalating the protests in response to “its feeling that it was let down,” said independent Gaza analyst Akram Attallah.
Hamas expects the persistence of the protests will become “annoying to Israel and invite a renewal of mediation diplomacy,” he said.
Israeli gunfire has killed 133 people who were either present or participating in the demonstrations, including three paramedics and two journalists. In July, an Israeli soldier was killed by a Palestinian sniper from Gaza.
At the protests, Palestinians burn tires, hurl rocks and sometimes firebombs at Israeli forces and snipers perched atop earthen mounds behind the boundary fence. For some time, protest activists sent incendiary kites and balloons across the fence to set fire to Israeli farmland.