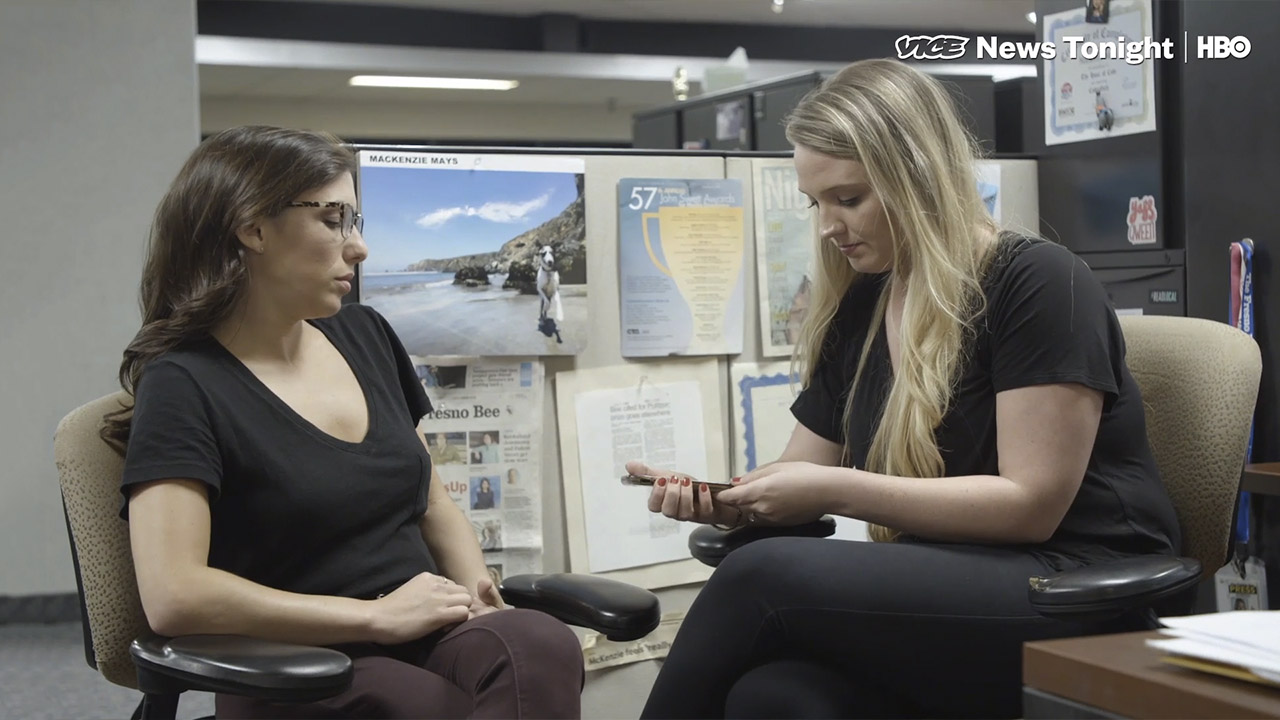 Vice News Tonight aired a report about Congressman Devin Nunes’ attacks on The Fresno Bee on its HBO show Tuesday.
(Click on the image above to view the segment.)
Correspondent Alexandra Jaffe spoke with Bee reporter Mackenzie Mays and editor Joseph Kieta. The story focused on Nunes’ accusations that The Bee engages in “fake news.” The congressman’s allegations followed a story by Mays that Nunes disagreed with.
Vice’s six-minute piece included footage from an Aug. 14 protest outside of Nunes’ office in Clovis, a weekly event that usually doesn’t attract much local media attention. Mays was there that day.

The Vice story focused on Mays’ May 23 story about a lawsuit settlement between Alpha Omega Winery and an employee regarding events on a charity yacht cruise. The employee alleged she was subjected to sexual harassment while working as a server on the ship. Guests won the right to use the winery-owned yacht that night through a charity auction.
Nunes, as Mays’ story explained, is an investor in the winery but had no involvement in the activities on the yacht or the settlement.
The Republican congressman struck back, airing a two-minute ad, defending himself and attacking The Bee. It aired online and on local radio stations.
Nunes continues to make The Bee’s coverage an election issue. He recently mailed out a flyer attacking the newspaper.

Jaffe talked to Mays about the blowback she received. The Bee reporter played a voicemail message: “Nice little hit job, you little radical socialists. You need to apologize to the American people.”
Vice also discussed the newspaper’s struggles, including a loss of about 100,000 subscribers since 2004, and cutbacks in the size of the reporting staff.
Jaffe opined that Nunes “is not considered at risk of losing this fall in his deep red district.”
In fact, Nunes’ election opponent, Democrat Andrew Janz, wasn’t mentioned in the story — other than showing his campaign signs.
GV Wire reached out to Mays, Nunes’ office, and reelection campaign staff, and Jaffe via Vice’s publicist. No one responded before publication of this story.