Devin Nunes took to YouTube to launch an attack ad on The Fresno Bee.

The congressman representing parts of Fresno and Tulare counties is upset over a May 24 story about a winery he invested in, Alpha Omega. According to The Bee, Alpha Omega was subject to a lawsuit over inappropriate behavior on a company-owned yacht used as a prize for a charity fundraiser.
While the lawsuit did not name Nunes, it listed Alpha Omega Winery, LLC, as the defendant. Napa County Superior Court Rodney Stone dismissed the case in November 2016 following a settlement.
In the two-minute video narrated by Nunes, he accused The Bee of “(working) closely with radical left wing groups to promote fake news stories about me.”
Nunes said Bee reporters crept around the homes of his neighbors and relatives.
Nunes demanded an apology and retraction from the paper.
Joseph Kieta, editor of The Bee, is having none of it. 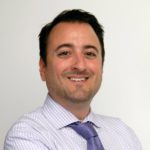 “The Fresno Bee stands behind its coverage of Rep. Devin Nunes,” Kieta wrote in an email. “Just because Nunes doesn’t want the story out there does not make it ‘false,’ as he proclaims.
“It’s interesting to now hear from the congressman, since we made multiple attempts to reach him for comment prior to publication of the winery story, and every story that we’ve produced about him. That’s what good journalists do. It was his choice not to speak with us, as it is his choice to spend his campaign funds to produce an ad attacking The Bee.”

The ad, funded by Nunes’ campaign, included a statement from Alpha Omega that said the Bee “cited false information stating the people aboard the boat were Alpha Omega investors. In fact, as we informed the Bee, those aboard the boat had no personal or business connections to the winery or its owners.”
The statement concluded by asking The Bee to “stop regurgitating false stores when it has the facts.”
The passage in The Bee’s story referenced by Alpha Omega reads:
“The guests aboard the yacht that night — described in her 2016 lawsuit as 25 of the Napa Valley-based winery’s top investors, all men — were openly using what appeared to be cocaine and ‘drawing straws’ for which sex worker to hire, according to the lawsuit.”
The Bee is correct. The lawsuit read, “Plaintiff understood the men to be important investors in Alpha.”
The Bee’s original story also included a statement from an Alpha Omega spokesperson saying no one aboard the yacht had any connections to the winery.

The Central Unified school board still took no action on hiring a superintendent at Tuesday night’s meeting (June 12).
The topic appeared on the board’s closed session agenda, but the trustees made no announcement.
The board fired Mark Sutton on Feb. 27 leading to friction between the board and some community groups.
Board President Cesar Granda said that he is satisfied with the process thus far. Applicants have come from in and out of the Central Valley, he said.
“The search continues, but it is going very well. The goal is to have a superintendent before the school year,” Granda said.
Specifically, Granda is targeting July 10, giving the board two more regularly scheduled meetings to make the hire.
Interim Superintendent Kelly Porterfield confirmed that he interviewed for the full-time position June 9. He said whether he is hired or not, he will remain with the district. Before his interim status, Porterfield worked as the chief business officer.
Some community members have said that the board should wait until after the November elections to replace Sutton.
“We have a job to do as a board. I have an open position. Whether it is a superintendent position, or a classified, or a certificated, we are tasked with filling it,” Granda said.
Granda and four other trustees are the targets of a recall or being voted out of office (should they run again) for the Sutton firing.
Rama Dawar says he plans to run for re-election in November. Granda and Ruben Coronado have yet to decide.
And, I’m hearing that the effort to gather signatures to recall Richard Solis and Phillip Cervantes is losing steam.

Fresno City Councilman Garry Bredefeld is introducing one idea to making Fresno more business-friendly.
It is called “at-risk development,” where the risk lies mainly with the developer.
In essence, a developer can start a construction process after receiving preliminary approval. Any changes that a city inspector may find later would need to be fixed, hence the “risk.”
Bredefeld will introduce the bill to his colleagues Thursday (June 14).
Last week, Bredefeld told Power Talk 96.7 host Trevor Carey this is part of his Money Back Guarantee proposal he introduced in January.
Before, that plan clashed with Mayor Lee Brand’s ideas to ease the permitting process. Bredefeld says they are now on the same page.

— In addition to voting on placing a marijuana license tax on the November ballot, the Fresno City Council will hear draft regulations for marijuana dispensaries for the first time. Some notes: the term in the power point presentation is “adult use,” not recreational. Permits would be required from the police, city manager and development department, in addition to state permits.
The city would allow for 14 retail locations by the first year (two per the seven council districts), with an option to add seven more. Stores would be restricted to downtown or commercially zoned areas, but 800 feet away from another cannabis retailer, school, daycare center or youth center (i.e. park). The city would restrict hours from 9 a.m. to 9 p.m.

— The council will vote to award a banking contract with Bank of America after all. In March, council rejected renewal of the contract because of Bank America’s reputation for racial discrimination. That led to problems temporarily extending the contract. The two-year contract is worth $102,000.
— Marketplace at El Paseo (Herndon & Highway 99) is proposing to build a new movie theater. Council will vote on granting a conditional use permit. Design documents included in the staff report reveal a Regal Cinema, as well as a Hobby Lobby and yet-to-be-determined restaurants.
— The council will vote to rescind an ordinance passed last year limiting where outdoor recycling centers can be. The city lost a lawsuit on the issue filed by the California Grocers Association.
— Renew the contract of Michael Flores as the city’s Hearing Services Officer. Flores will receive $105,000 per year through 2023 for conducting appeals hearing for everything from code enforcement to funeral processions.