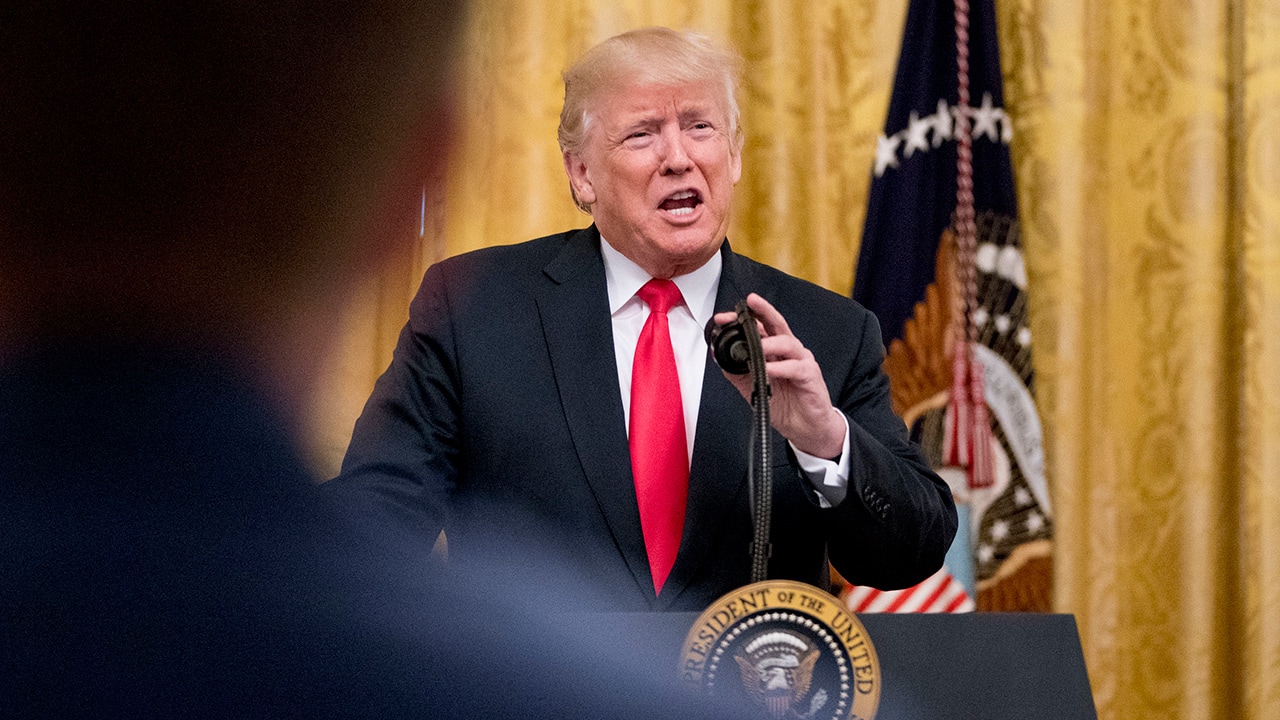 Making Border Security a Key Part of His Message

At the White House event, Trump said that most people support ICE and that opponents are “just a small group that gets a lot of publicity.”
“They have no courage, they have no guts, they just have big loud mouths,” Trump said.
Trump has made border security a key part of his message as he tries to maintain Republican control of Congress in the November elections.
Before the president arrived, the White House held a panel discussion on immigration with several state and local officials, who pointed to the role that a secure border plays in the fight against terrorism and drug trafficking and questioned calls to abolish ICE.
Republican Sen. David Perdue of Georgia, who has worked closely with the administration on immigration legislation, said he struggled to see the point of eliminating the federal agency, likening it to someone saying, “I want to get rid of the Marines.”
“I just think it’s unconscionable, and frankly, I think it’s downright unpatriotic and treasonous,” Perdue said.