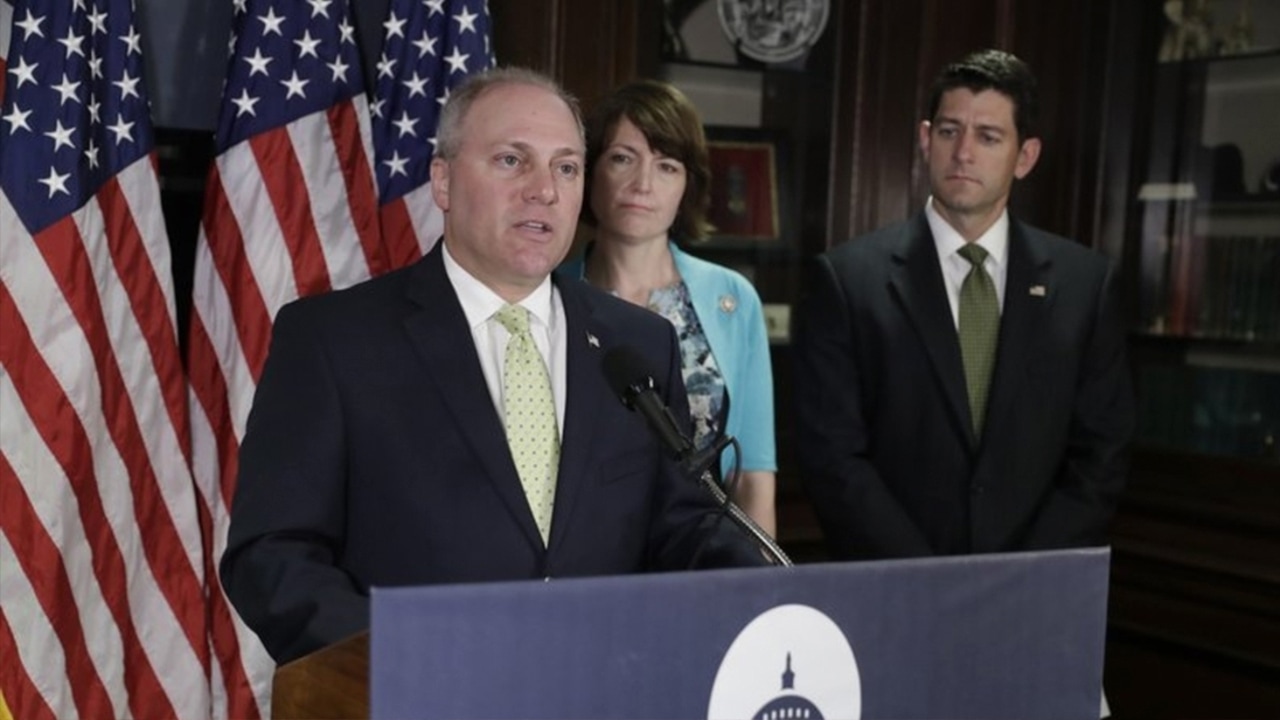 WASHINGTON — House Republican leaders won’t hold a quick vote on a Democratic bill abolishing Immigration and Customs Enforcement, and instead will offer a non-binding GOP measure lauding the agency and ridiculing calls for its elimination.
No. 3 House GOP leader Steve Scalise, R-La., and other Republicans had at first advocated voting on the Democrats’ legislation as a way to embarrass and divide them amid this year’s election campaigns. Liberals see ICE as a symbol of President Donald Trump’s harsh immigration policies, but other Democrats considered the bill a political blunder that could alienate moderate voters.
The vote on the non-binding GOP resolution is planned for Wednesday, said House Majority Leader Kevin McCarthy, R-Bakersfield.

A handful of liberals introduced their bill abolishing ICE last week. But as soon as GOP leaders began discussing the idea of voting on it, Democrats — including the bill’s sponsors — said they’d all vote “no” and called the planned roll call a political stunt.
Top Republicans did not explicitly explain Tuesday why they opted for a vote on the resolution instead of the Democratic legislation.
AshLee Strong, spokeswoman for House Speaker Paul Ryan, R-Wis., said Democrats could choose “to stand with the majority of Americans who support ICE and vote for this resolution, or follow the extreme voices on the far left calling for abolishment of an agency that protects us.”

McCarthy said having a vote on the resolution would show Democrats’ “hypocrisy,” adding, “I want to see where people really stand on it.”
Some Republicans said privately that if Democrats had opposed their own bill, it would have given some Democratic moderates cover against GOP attempts to tar them as supporting an unrealistic attempt to dismantle ICE. Those Republicans spoke on condition of anonymity to describe internal discussions.
Others still say voting on the Democratic bill would have been the better choice.
“That’s not the play leadership has chosen,” said Rep. Jeff Duncan, R-S.C.
The resolution by Rep. Clay Higgins, R-La., voices support for ICE officers “who make sacrifices every day to secure our borders, enforce our laws, and protect our safety.” It says eliminating ICE would mean “countless illegal aliens who could pose a threat to public safety would be allowed to roam free” and leave “drugs in our communities to cause more devastation.”