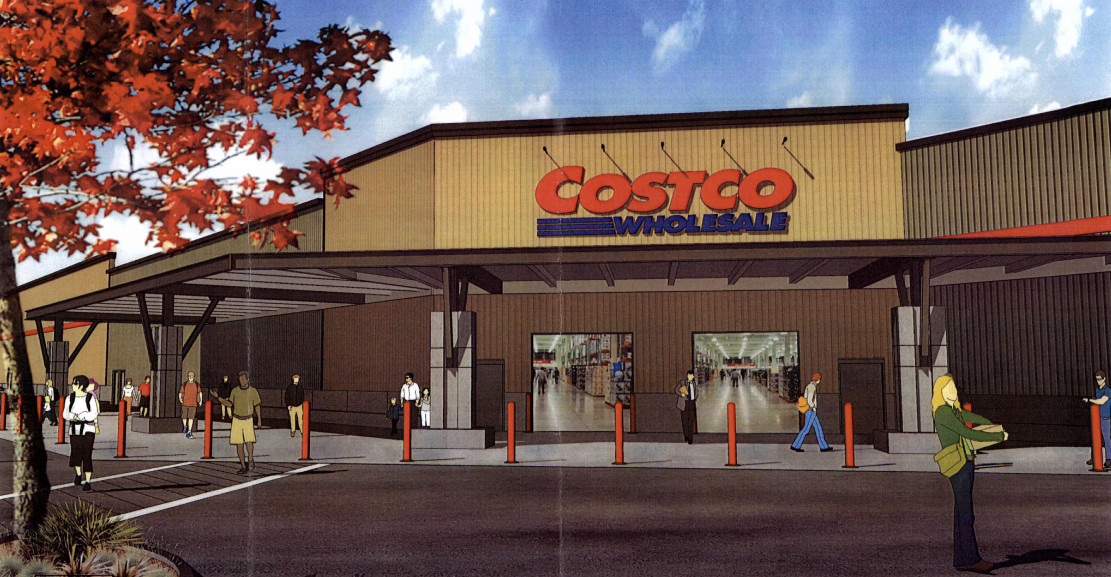 Costco plans to move its Clovis location to the northwest corner of Santa Ana and Clovis avenues by the fall of 2019. The warehouse chain is a step closer after the Clovis City Council denied an appeal from a labor union objecting to the new location.

The council voted 5-0 to deny the appeal Aug. 6, allowing the project to proceed. The land is zoned for commercial, but Costco needed a conditional-use permit for an accompanying gas station and auto service center.
The proposed 152,218 square-foot location is slightly larger than the building at Ashlan and Peach avenues that it would eventually replace.
The Laborers’ International Union of North America filed an appeal of the planning commission’s June 28 approval. In a letter to the city, the union requested an environmental impact report, saying that “the proposed project may have significant adverse environmental impacts, including on traffic, air quality and biological resources.”

Clovis councilmembers unanimously voted themselves raises at last week’s meeting. Starting in March 2019, the five councilmembers will get a 6.5% bump to $1,455 a month.
The percentage hike matches what city workers have received since 2016. The council also gave themselves a 6% raise in 2016.

The deadline for most school board races passed on Friday (Aug. 10). Some additional notes from candidates in Fresno races since last week:
— Bret Rush withdrew his nomination for Fresno County Board of Education member Area 1. He tells GV Wire that his position as Supervisor Nathan Magsig’s chief of staff presented a conflict. Current candidates include management consultant and radio host Richard Martinez, retired educator Kimberly Tapscott-Munson, Kerman City Councilmember Michele Lee Arvance, and farmer/businessman Rando Rocca.
— Magdalena Gomez, listed as a businesswoman/education consultant, is running against Ronald Nishinaka for State Center Community College District Trustee, Area 4. Gomez ran for Fresno County Board of Supervisors, District 4, finishing third in the June 2014 primary.
— Cesar Granda filed for re-election to the Central Unified school board, Area 1. He will face geologist Jason Paul.
— Two other challengers emerged in Central Unified. Shawn Brooks, listed as an account clerk, qualified to face incumbent Richard Atkins in Area 4; Naindeep Singh Chann, executive director for the Jakara Movement, will run against incumbent Rama Dawar in Area 7.
— Karl Diaz, a teacher, entered the Fresno Unified Area 3 race. The other candidates are incumbent Valerie Davis and businessman Mark Ratchford.
— Terry Slatic, a retired U.S. Marine Corps officer, is running for Fresno Unified Area 7. Incumbent Brooke Ashjian is not running for re-election. Three others are bidding to succeed Ashjian: Nasreen Johnson, Terri Edwards, and Amanda Karabian.
The deadline in races where the incumbent did not file is Wednesday (Aug. 15).

Two local media personalities are back on the air.
Alexan Balekian has returned to a Fresno television newsroom. The former KSEE-24 sports anchor and KMJ radio will anchor and report news for CBS-47 and occasionally KSEE. 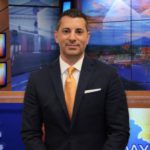 Balekian, a Fresno native, left the Valley for jobs in Phoenix and Roanoke, Virginia, before returning home in July.
“Family and Armenian food brought me home,” Balekian said. Known for his witty delivery, Balekian picked up news writing, contributing nationally for NBC News, while in Phoenix.
“That got my news blood boiling,” he said. “I wanted to reinvent myself doing news and politics.”
Guillermo Moreno is back on the radio airing on AM 1680 The Answer, weekdays from 5-7 p.m. Moreno had two stints on Power Talk 96.7 from January 2017-May 2018.
“An opportunity arose at 1680,” Moreno said. He said he looks forward to showcasing more conservative voice on the airwaves in the months to come.

While the parks tax took most of the attention at the Aug. 9 Fresno City Council meeting, the board approved two other items for the November ballot.
First, the council voted 6-1 to place an item to clean up four sections of the charter that have been deemed invalid by the courts or state law:

— Eliminate the prohibition preventing candidates from fundraising during non-election years.

— Eliminate the requirement for the city manager to live in the city.

— Eliminate a provision allowing the council to raise taxes without placing the vote to the public.

Only Steve Brandau voted no. He wanted voters to decide the items separately, instead of one encompassing question.
Also, an item pushed by Brandau and Mayor Lee Brand will be on the ballot. Voters will have a chance to add to the city charter a requirement that the city’s budget be balanced.
That passed with a 4-3 vote with Oliver Baines, Paul Caprioglio, and Esmeralda Soria opposed.

Amid social media threats, congressional candidate Andrew Janz held a town hall event in Clovis last week with entertainer Jon “Bowzer” Bauman.
While many remember him as part of the musical act Sha Na Na, I first heard of him as host of the Match Game Hollywood Squares Hour in 1983 (I was and have always been a game show junkie).
Now, Bauman advocates on behalf of Social Security Works, which as the name implies, works on senior citizen issues. The group endorses and funds mainly Democrats.
One final Bauman bit of trivia: His brother is Eric Bauman, chairman of the California Democratic Party.

How to Find and Delete Where Google Knows You've Been