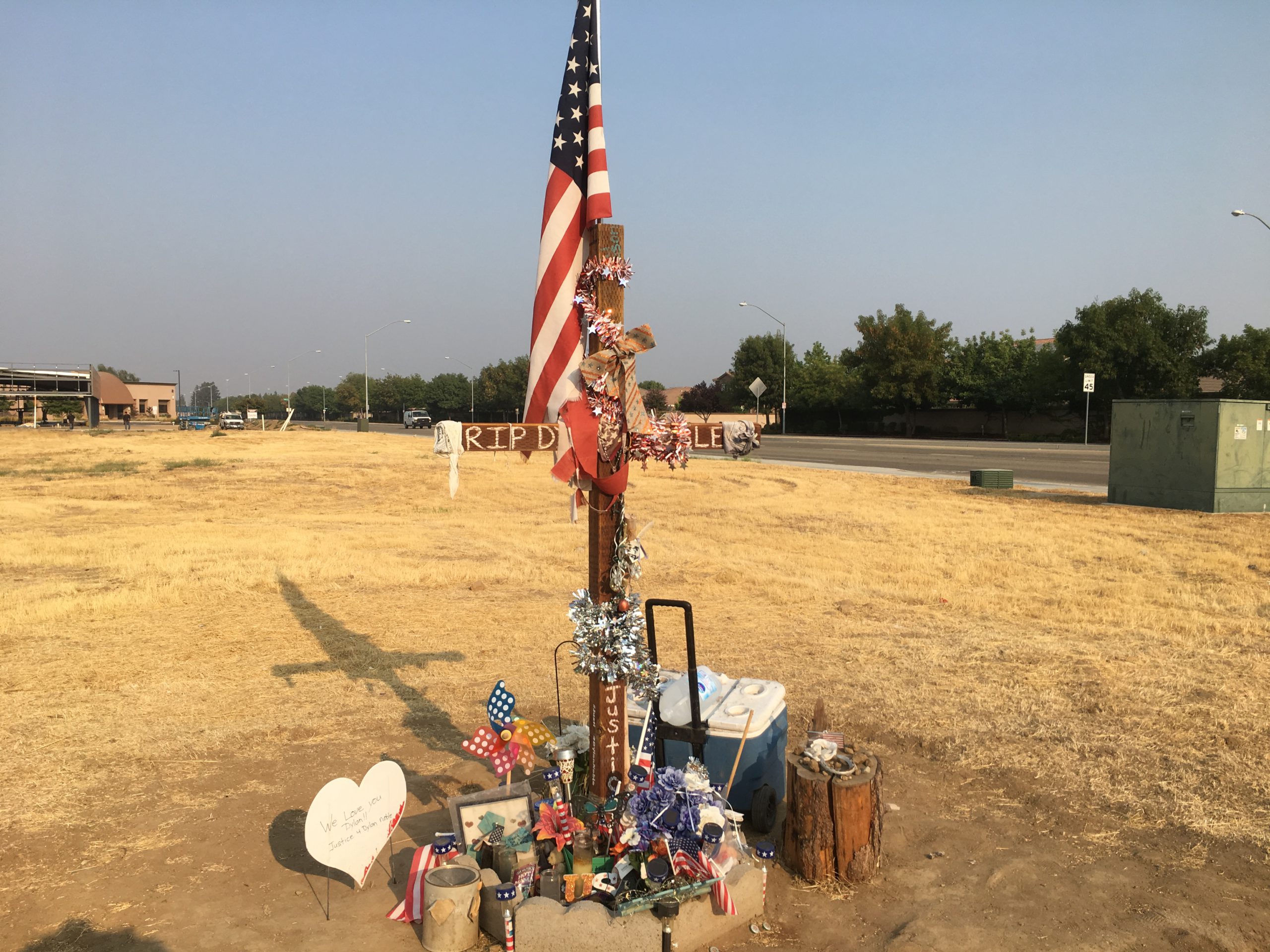 More than two years after Fresno police shot and killed Dylan Noble, the Fresno City Council voted to settle the case with his family.
A memorial remains at the location where the 19-year old died in an incident captured by police body cameras and a bystander cellphone video camera. His death ignited a use-of-force debate.
The council announced the $2.8 million settlement at its Thursday (Aug. 9) meeting. The city faced two separate federal lawsuits, one each from his mother and father.

Police contacted Noble on June 25, 2016, following reports of a man in the east-central Fresno area walking around with a rifle. After a short chase, Noble pulled into a Chevron station at Shields and Armstrong avenues.
Police video show Noble refusing to comply with the officers’ commands to show his hands, after he exited the vehicle. Noble would just show one hand at a time, with the other concealed behind his back or elsewhere.
The officers fired four shots at Noble, who died a short time later.
Noble’s friends protested at the spot the next night, nearly causing a riot.
District Attorney Lisa Smittcamp didn’t charge the two officers following an investigation. Police Chief Jerry Dyer backed the officers’ use of lethal force but said department policies were violated. Fresno’s independent auditor agreed.
The investigation revealed Noble was not armed. A toxicology report showed heightened illegal drug levels in his system.

[Read settlement here] Of the $2.8 million, $1.49 million will go to Noble’s mother, Veronica Nelson; $1.29 million will go to his father, Darren Noble; and $20,000 will be paid to the estate of Dylan Noble. Each party will be responsible for their own attorneys’ fees and costs.
In return, the plaintiffs agree to drop the two separate lawsuits filed in federal court.

The city, in a news release, said police officers will undergo additional training on “high-risk traffic stops, to include how to safely approach a wounded suspect and alternatives to be considered when addressing a diminished threat.”
Also, the city will consider procedures for using K-9 units to intervene on possibly armed subjects. Also, officers will carry shotguns and rifles on slings “to allow officers to more easily transition from the use of a shotgun or long rifle, to a less lethal alternative, should the need arise.”
Another portion of the settlement requires the plaintiffs and attorneys not to seek publicity with the media for 60 days after the agreement is finalized.
The council voted 6-0 in closed session to accept the settlement.