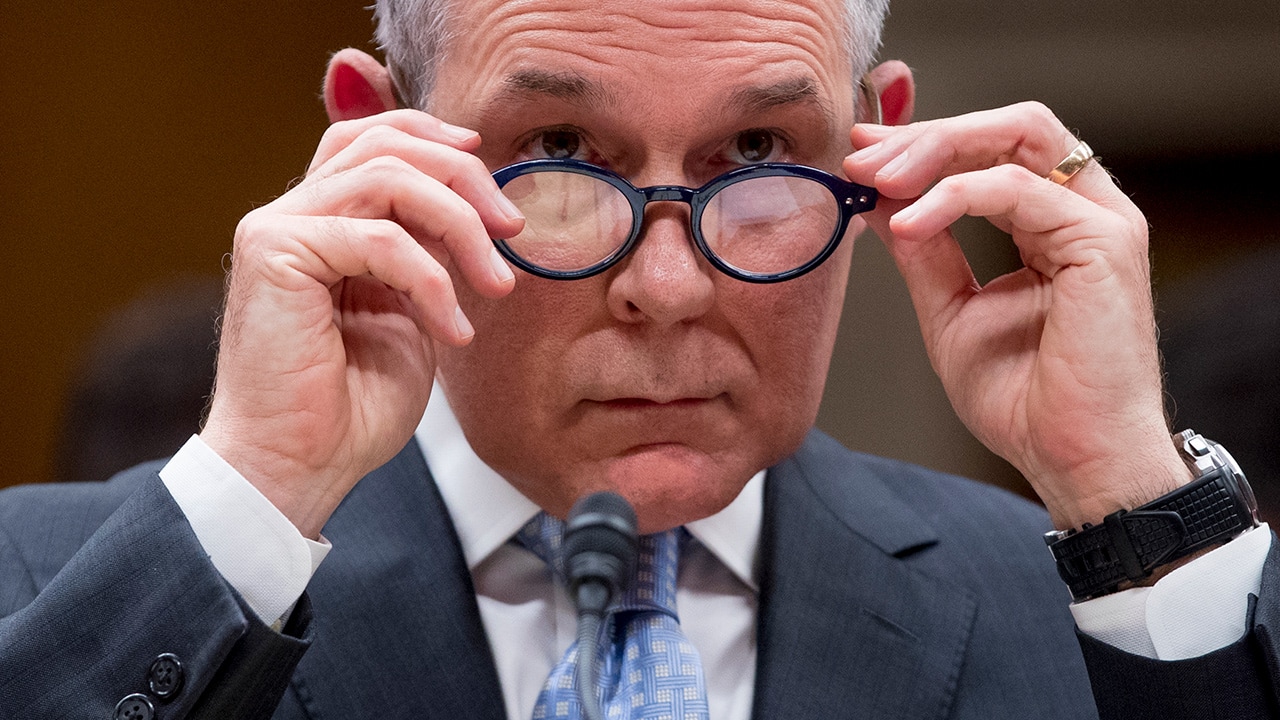 WASHINGTON — A federal appeals court has ruled that the Trump administration endangered public health by keeping a widely used pesticide on the market despite extensive scientific evidence that even tiny levels of exposure can harm babies’ brains.
The 9th U.S. Circuit Court of Appeals in San Francisco on Thursday ordered the Environmental Protection Agency to remove chlorpyrifos from sale in the United States within 60 days.


“The panel held that there was no justification for the EPA’s decision in its 2017 order to maintain a tolerance for chlorpyrifos in the face of scientific evidence that its residue on food causes neurodevelopmental damage to children.” — Judge Jed S. Rakoff wrote in the court’s opinion
A coalition of farmworkers and environmental groups sued last year after then-EPA chief Scott Pruitt reversed an Obama-era effort to ban chlorpyrifos, which is widely sprayed on citrus fruit, apples and other crops. The attorneys general for several states including California, New York and Massachusetts joined the case against EPA.
In a split decision, the court said Thursday that Pruitt, a Republican forced to resign earlier this summer amid ethics scandals, violated federal law by ignoring the conclusions of agency scientists that chlorpyrifos is harmful.
Michael Abboud, spokesman for acting EPA Administrator Andrew Wheeler, said the agency was reviewing the decision, but it had been unable to “fully evaluate the pesticide using the best available, transparent science.”
EPA could potentially appeal to the Supreme Court since one member of the three-judge panel dissented from the majority ruling.


“Some things are too sacred to play politics with, and our kids top the list. The court has made it clear that children’s health must come before powerful polluters. This is a victory for parents everywhere who want to feed their kids fruits and veggies without fear it’s harming their brains or poisoning communities.” — Erik Olson, senior director of health and food at the Natural Resources Defense Council
The attorneys general of California and New York also claimed victory.
“This is one more example of how then-EPA Administrator Scott Pruitt skirted the law and endangered the health of our children — in this case, all because he refused to curb pesticide levels found in food,” Attorney General Xavier Becerra of California said in a statement.
Chlorpyrifos was created by Dow Chemical Co. in the 1960s. It remains among the most widely used agricultural pesticides in the United States, with the chemical giant selling about 5 million pounds domestically each year through its subsidiary Dow AgroSciences.
Gregg Schmidt, a spokesman for Dow, said chlorpyrifos is a critical pest management tool used in countries around the world.
“We will continue to support the growers who need this important product,” Schmidt said.
Chlorpyrifos belongs to a family of organophosphate pesticides that are chemically similar to a nerve gas developed by Nazi Germany before World War II.
As a result of its wide use as a pesticide over the past four decades, traces of chlorpyrifos are commonly found in sources of drinking water. A 2012 study at the University of California at Berkeley found that 87 percent of umbilical-cord blood samples tested from newborn babies contained detectable levels of the pesticide.

Under pressure from federal regulators, Dow voluntarily withdrew chlorpyrifos for use as a home insecticide in 2000. EPA also placed “no-spray” buffer zones around sensitive sites, such as schools, in 2012.
In October 2015, the Obama administration proposed banning the pesticide’s use on food. A risk assessment memo issued by nine EPA scientists concluded: “There is a breadth of information available on the potential adverse neurodevelopmental effects in infants and children as a result of prenatal exposure to chlorpyrifos.”
Federal law requires EPA to ensure that pesticides used on food in the United States are safe for human consumption — especially children, who are typically far more sensitive to the negative effects of poisons.
Shortly after his appointment by President Donald Trump in 2017, Pruitt announced he was revering the Obama administration effort to ban chlorpyrifos, adopting Dow’s position that the science showing chlorpyrifos is harmful was inconclusive and flawed.
The Associated Press reported in June 2017 that Pruitt announced his agency’s reversal on chlorpyrifos just 20 days after his official schedule showed a meeting with Dow CEO Andrew Liveris. At the time, Liveris headed a White House manufacturing working group, and his company had written a $1 million check to help underwrite Trump’s inaugural festivities.
Following the AP’s report, then-EPA spokeswoman Liz Bowman said that March 9, 2017, meeting on Pruitt’s schedule never happened. Bowman said the two men had instead shared only a “brief introduction in passing” while attending the same industry conference at a Houston hotel and that they never discussed chlorpyrifos.

More Than Just a Handshake

However, internal EPA emails released earlier this year following a public records lawsuit filed by The Sierra Club suggest the two men shared more than a quick handshake.
Little more than a week after the conference and before Pruitt announced his decision, the EPA chief’s scheduler reached out to Liveris’ executive assistant to schedule a follow-up meeting.
“Hope this email finds you well!” wrote Sydney Hupp, Pruitt’s assistant, on March 20, 2017. “I am reaching out today about setting up a meeting to continue the discussion between Dow Chemical and Administrator Scott Pruitt. My apologies for the delay in getting this email into you — it has been a crazy time over here!”
Subsequent emails show Hupp and Liveris’ office discussing several potential dates that the Dow CEO might come to Pruitt’s office at EPA headquarters, but it is not clear from the documents whether the two men ever linked up.
Liveris announced his retirement from Dow in March of this year.
Pruitt resigned July 6 amid more than a dozen ethics investigations focused on such issues as outsized security spending, first-class flights and a sweetheart condo lease for a Capitol Hill condo linked to an energy lobbyist.
Bowman, who left EPA in May to work for GOP Sen. Joni Ernest of Iowa, declined to comment on her earlier characterization of the March 2017 interaction between Pruitt and Liveris or what “discussion” the internal email was referring to.
“I don’t work for EPA anymore,” Bowman said.
Current EPA spokesman James Hewitt said, “We stand by our statement from last year.”