Will Women Make US History & Run the Nevada Legislature? 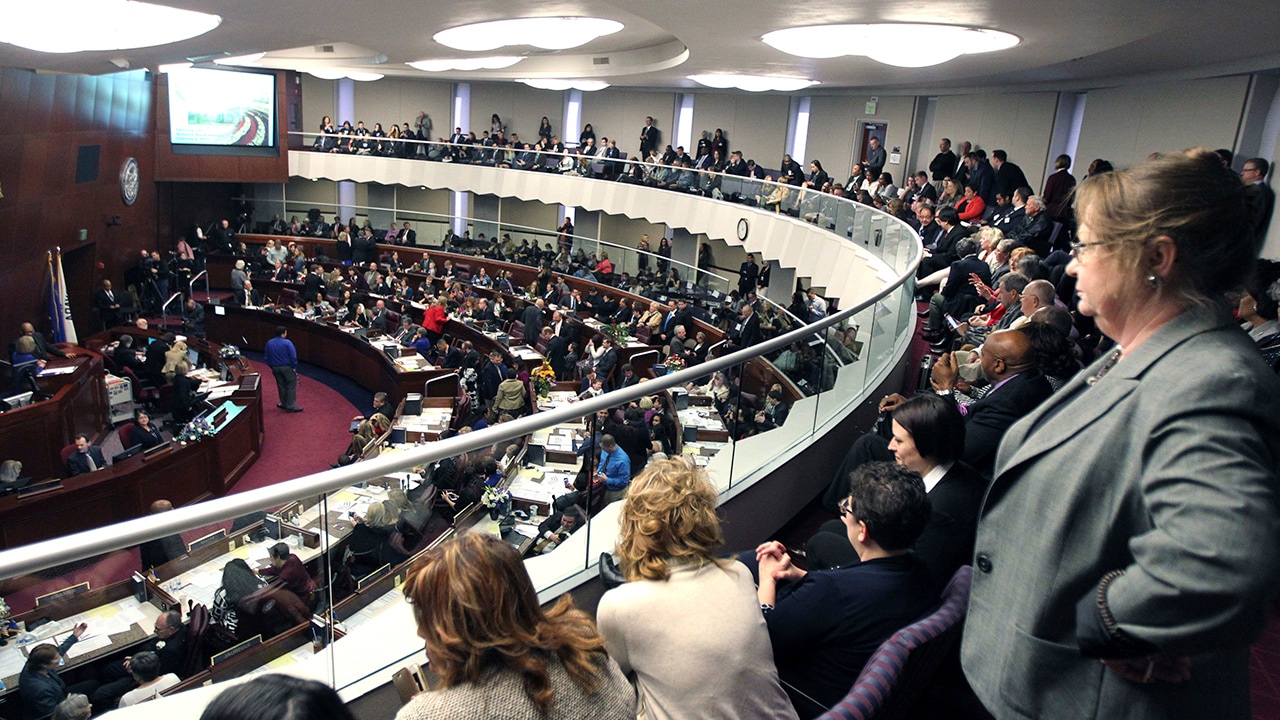 
“In the past, we’ve had to ask women five, six, seven times to run for office. Whereas now, they’re worried. They’re scared about what’s going on in their communities. I think there’s an extremely great possibility for a female majority.” — Danna Lovell, director of Emerge Nevada
Women, based on their party registration and the partisan makeup of their districts, are favored to control 27 seats heading into the 2019 Nevada Legislature — 19 in the Assembly and eight in the Senate, a Reno Gazette Journal analysis of voter registration data shows.
Still, they have to add at least five seats — including four in highly competitive Assembly districts — to secure a 32-seat majority.
Women are already close to getting a majority in the 42-member Assembly.
They are expected to hold 19 seats heading into 2019 — 11 Assembly seats sought only by women, or by an unchallenged female incumbent, seven seats in politically friendly districts where voter registration figures suggest female hopefuls should win comfortably, and one seat won outright in June’s primary election by Reno newcomer Sarah Peters.
If women candidates can unseat incumbents in four less-politically-friendly districts, and defend a swing seat held by Assemblywoman Lesley Cohen, D-Henderson, they would outnumber men in the 42-seat Assembly and likely lock up a bare majority in the whole Legislature.
Men are expected to capture at least 18 seats in the Nevada Assembly this year. Women are likely to capture another 19. The remaining five seats — Districts 4, 21, 29, 31 and 37 — are key races for women if they are to take the majority this year.
Men are expected to capture at least 12 seats in the Nevada Senate this year. Women are likely to capture another eight. One seat — Senate District 20 — is considered competitive between a female and male candidate.

Fred Lokken, a political science instructor at Truckee Meadows Community College, expects continued growth in Democratic voter registration will bode well for the state’s largely Democratic crop of female contenders.
Lokken, a registered Democrat, predicts they’ll also be aided by a much-discussed “blue wave” of anti-Trump voter sentiment.
“(President) Donald Trump does something every day to encourage Democrats to vote this year, so that helps,” he said. “This has the potential be an absolutely devastating election to the Republican party.
“So I think, especially with the (blue) wave coming, we’ll see more women in state government after November.”
Eric Herzik, a political science professor at the University of Nevada, Reno, thinks the blue wave will come in more like a blue ripple than a blue tsunami.
Yet Herzik, a registered Republican, said he too wouldn’t be shocked if women emerged with a statehouse majority on Nov. 7.
“One thing research has shown us is that women are more likely to serve in states with part-time legislatures,” he said. “Nevada already has a relatively high share of women in the state legislature. … So no, (a female majority) wouldn’t be a total surprise.”