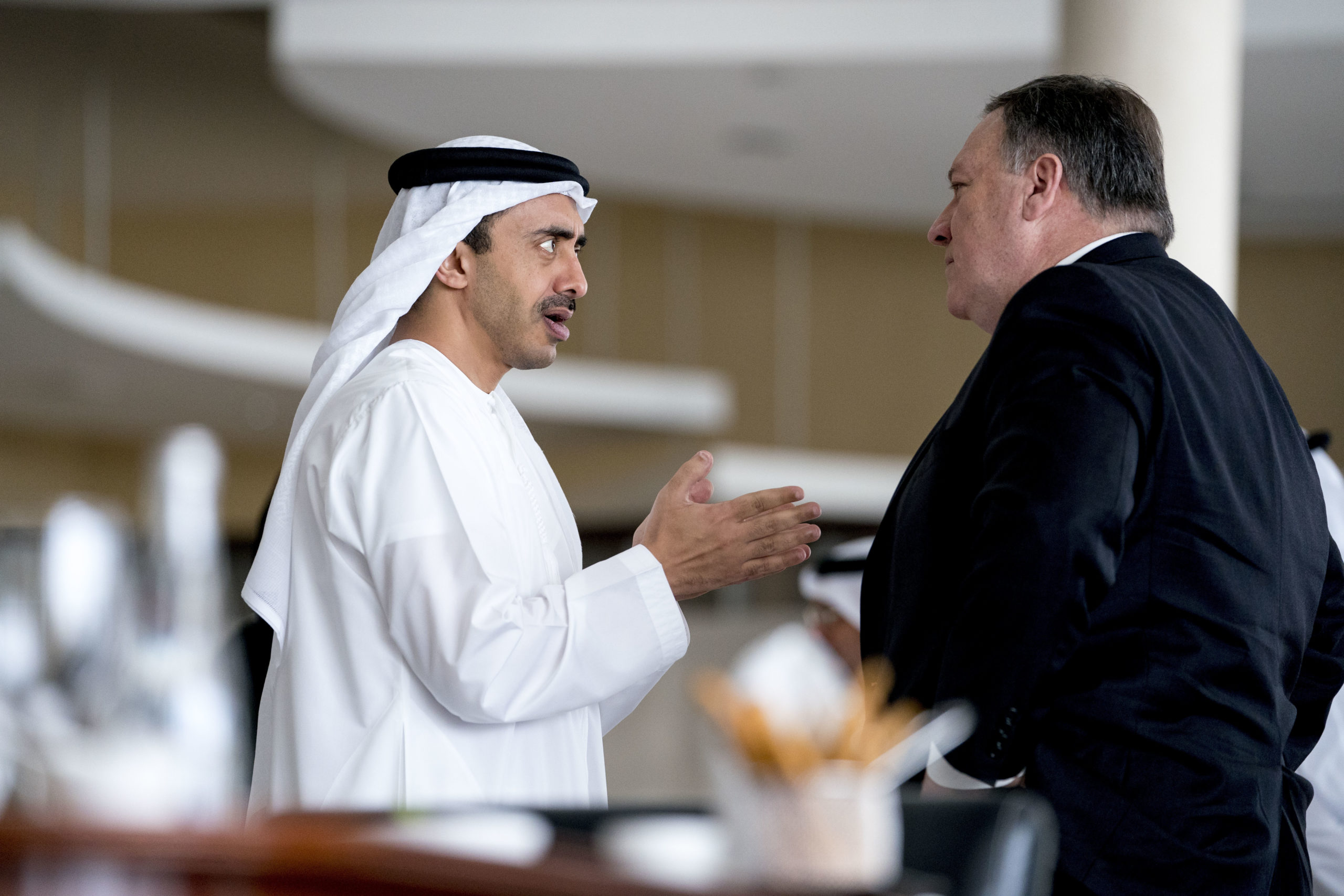 WASHINGTON — The United States designated a Shiite militant group in Bahrain as a foreign terrorist organization Tuesday to ramp up pressure on Iran.
The al-Ashtar Brigades are “yet another in a long line of Iranian-sponsored terrorists who kill on behalf of a corrupt regime,” Nathan Sales, the coordinator for counterterrorism at the State Department, said in a statement detailing the designation.
The militant group has been critical of a violent crackdown by Bahrain’s Sunni-led government on a 2011 Shiite-led uprising. It has since claimed responsibility for a number of bombings and attacks in Bahrain, including two that killed police.
The designation, which prohibits Americans or U.S. companies from doing business with the group, is the latest Trump administration effort to increase pressure on Tehran after pulling out of the 2015 nuclear accord.

During a short trip to the United Arab Emirates Tuesday, U.S. Secretary of State Mike Pompeo said the U.S. is on a mission to convince Iran its behavior “is unacceptable and has a real high cost for them.”
Iran supports a number of armed groups across the Middle East including Hezbollah in Lebanon, armed forces propping up Syrian President Bashar al-Assad, and powerful armed groups in Iraq who fought against the so-called Islamic State there.

US Prepares Sanctions on Iranian Oil

The United States is preparing to re-introduce sanctions on Iran later this year including secondary sanctions aimed at severely restricting the country’s ability to export oil. In turn, Iran has threatened to disrupt Mideast oil supplies.
The Trump administration has targeted the al-Ashtar Brigades with sanctions before. In March 2017, the State Department blacklisted two individuals affiliated with the group, Ahmad Hasan Yusuf and Alsayed Murtadha Majeed Ramadhan Alawi.

More Americans Quit Their Jobs. Why That's a Good Thing.