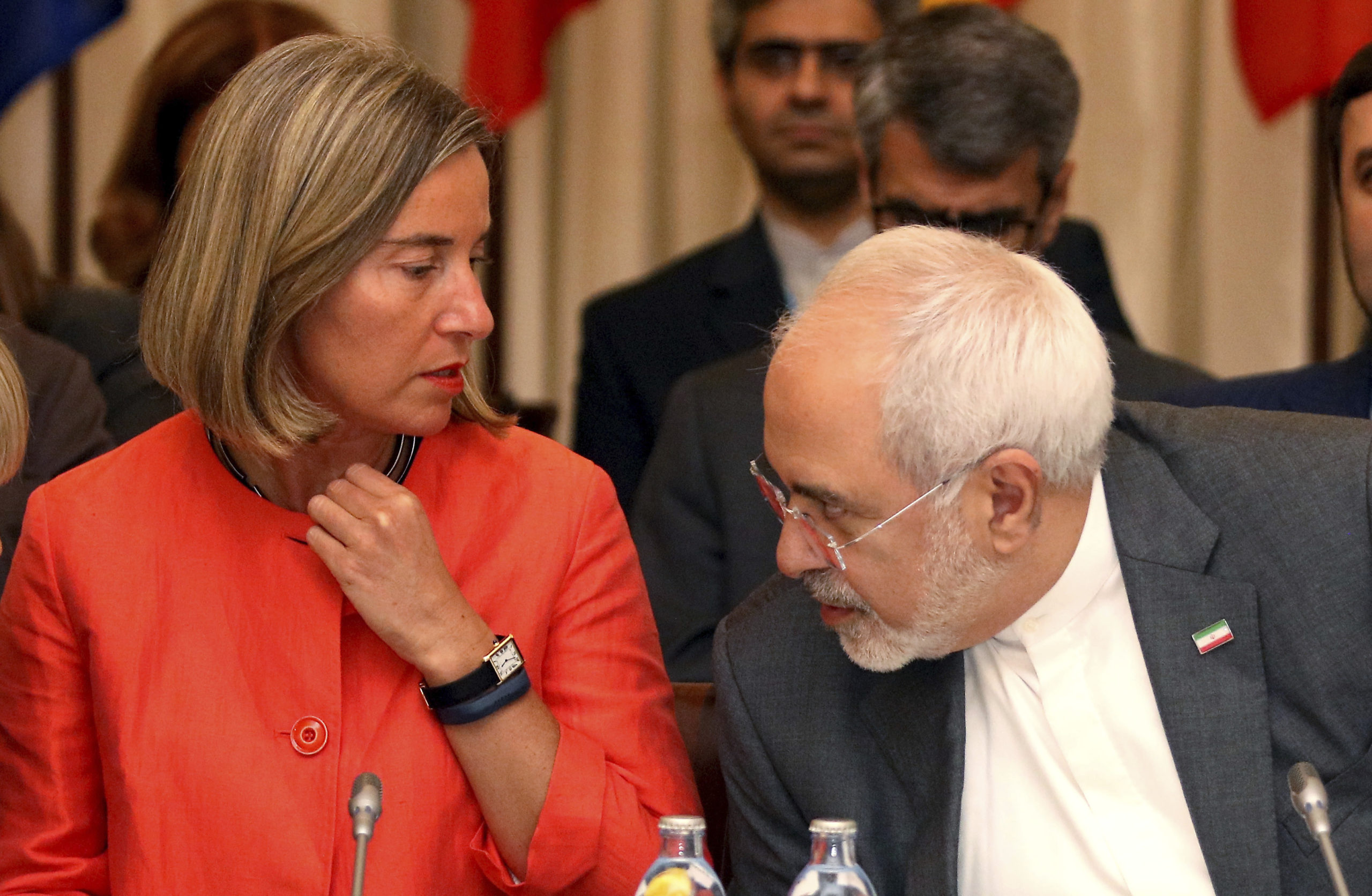 VIENNA — Five world powers agreed with Iran on Friday to forge ahead with negotiations with the country and maintain its ability to export gas and oil as they seek to preserve a nuclear deal with Tehran despite the withdrawal of the United States.
European Union foreign policy chief Federica Mogherini told reporters that top diplomats from Germany, Britain, France, Russia and China reaffirmed their commitment to the 2015 deal, known as the Joint Comprehensive Plan of Action, “which is in the security interest of all.”
“The participants recognized that, in return for the implementation by Iran of its nuclear-related commitments, the lifting of sanctions, including the economic dividends arising from it, constitutes an essential part of the JCPOA,” Mogherini told reporters after the meeting without taking questions.

Iranian President Hassan Rouhani had previously called the latest package of incentives offered “disappointing,” but Iranian Foreign Minister Javad Zarif said he would convey “deeper explanation” observed at the Vienna meeting to Tehran.
“We prefer to continue to stay in the nuclear deal,” he told reporters. “But the final decision will be made in Tehran.”
Still, he called the meeting “one step forward.”
“The concerns, which we had last night and which were also expressed by President Rouhani, were addressed in the meeting and more details were disclosed, and they make us more optimistic than we were yesterday,” he said.
“The EU package is a commitment, but we have to wait and see how it will be put into practice before the first sanction date” of Aug. 6.

Trump Pulled the Plug in May

The JCPOA is meant to prevent Tehran from developing nuclear weapons, but U.S. President Donald Trump in May said he was unilaterally pulling out because he felt it wasn’t strong enough and didn’t cover other issues of concern to the U.S. and its allies, such as Iran’s military influence in the Middle East and a ballistic missile program.
Iran’s economy is already suffering from the sanctions that Washington re-imposed after walking away from the nuclear agreement, and the U.S. has threatened to punish companies from other nations that continue doing business with Iran.
Ahead of the talks, Chinese Foreign Minister Wang Yi said preserving the deal was critical, and that the treaty states would send a “united, determined and strong signal” that they were committed to it despite Trump’s decision.
“If this treaty can’t be upheld then this doesn’t just hurt the interests of Iran, it also damages the peace in the Middle East and the credibility of the international world order,” Wang said.

Mogherini noted that companies pursuing business in Iran “have been acting in good faith based on the commitments contained in the JCPOA and endorsed at the highest level by the UN Security Council” and said the treaty states were committed to providing “clear and effective support for economic operators trading with Iran.”
She didn’t get into greater detail, but before the meeting German Foreign Minister Heiko Maas conceded that the treaty nations would not be able to compensate Iran entirely for the loss of business from companies withdrawing. But Maas said they would advise firms that want to continue investing and emphasize to Iran that leaving the deal “would have much greater disadvantages.”
“We want to make it clear to Iran today that it still has economic benefits from this agreement,” Maas told reporters. “Above all we will try to create the conditions for that.”
Other objectives Mogherini outlined included maintaining wider economic relations with Iran, financial channels, Iran’s export of oil and gas, and the continuation of sea, land, air and rail transportation links.
Mogherini said all participants had agreed to reconvene the JCPOA again at a later date.