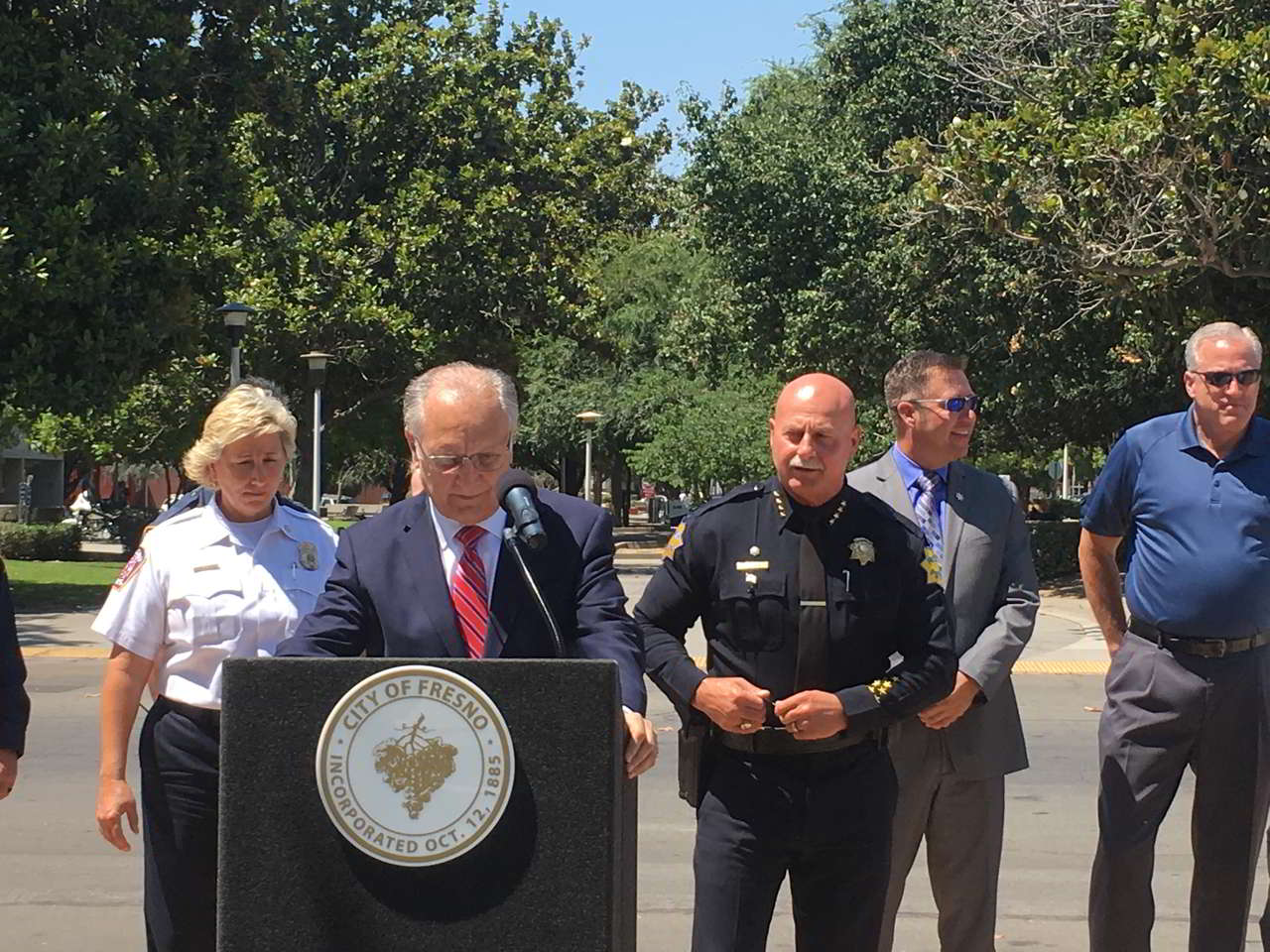 With all due respect to my colleague and news director Bill McEwen, he got it wrong in his June 29 column blasting three Fresno councilmen for putting their tax stance over public safety.

The blame should be put squarely at the man who sets the budget, and hoped he could pull one over on the voters: Mayor Lee Brand.

If there were budget shortfalls in two areas residents value most, public safety and parks, Brand kept mum when he introduced his city spending plan at a May news conference. Then, days before the city voted to adopt the budget, Brand said that public safety and parks needed more money.
No one disagrees with that. Kerri Donis and Jerry Dyer, the respective fire and police chiefs, continually told the council that they are understaffed, working with old equipment, and need boosts to provide Fresno a basic level of services.
There’s the old saying, that a city’s values are revealed in its budget. So, because the people so clearly value parks and public safety, how come those weren’t more of a priority?
Raising taxes needs the people’s approval. And, to get it to the people, enough signatures (approximately 23,000) of registered city voters must be submitted or a supermajority of the seven council members needs to approve.
Brand went for the latter route. It seemed to be the path of least resistance, considering a group trying to place a parks sales tax on the November ballot is paying up to $10 per signature collected. But to spring the public safety-parks plan on the council while the members were debating the budget appeared dubious.

A trio of the conservative sect of council, Steve Brandau, Garry Bredefeld and Clint Olivier, said no way nearly right away. Two left-leaning council members told The Fresno Bee they didn’t like the idea either.
The mayor’s ill-timed and ill-conceived tax plan was doomed minutes after he announced it. Saying that tax-fighting councilmembers showed a lack of leadership, as my friend McEwen did, doesn’t reveal the scope of Brand’s folly.
For Bredefeld, he wasn’t putting tax-fighting credentials over public safety. In fact, he fought during the budget debates to add more to the fire department.
Brandau echoed those sentiments when the pair voted against the budget.
“Typical progressive solution — steal more money from people. How about not having reckless Sacramento policies/Props (47, 57, AB 109) that make us unsafe?” Bredefeld tweeted after McEwen’s column. He stated he wants the state to spend on public safety, not the High-Speed Rail.

Let the People Vote? Not on This Plan

Brand, in trying to push his tax plan on KMJ radio, noted that he wasn’t asking for the council to approve a tax, just to let the people decide. You know, democracy and stuff.
Why should the council rubber-stamp such a plan? It’s easy to say that the money will be held in a special account for a special purpose. Yet, can anyone really trust government to follow through?
While this current council would be held accountable to spend the $44 million in estimated annual revenues this sales tax increase would raise, what about future councils?
If there is an economic downturn in 2029, who is going to stop the council and mayor from raiding those coffers? The current council and mayor will be long gone. Will anyone have the institutional memory of what voters passed in the first place?
And, Brand’s tax scheme sunsets after 15 years. Then what happens to police, fire and parks when all of the sudden they lose that revenue? It’s either a pitch to extend the taxes or massive cuts.

People in the know tell me that Brand’s brain trust felt such a public safety-parks tax plan polled well among voters. The problem is, Brand’s team failed to conduct a more relevant poll of seven people just down the hall from Brand’s office.
Brand burnished his credentials as a businessman and conservative political leader during his eight years as a councilman and during his 2016 campaign for mayor.
Back then as today, he wanted 1,000 cops on the street. Two years ago, when asked in numerous interviews and debates how he would pay for it, Brand came up with many revenue streams: Economic development, selling unused city property, selling naming rights to city-owned properties, etc. Never did he mention taxes as a solution.
And, could the timing be worse? Proposition 6, the gas tax repeal, is on the November ballot. The sentiment against taxes will be strong in the fall.
With all that going on, it just made no sense for Brand to push a tax in the first place.
Maybe he needs to replace his brain trust. With the savings from having a smaller mayoral staff, Brand can apply those funds to the things he says he values most: public safety and parks.