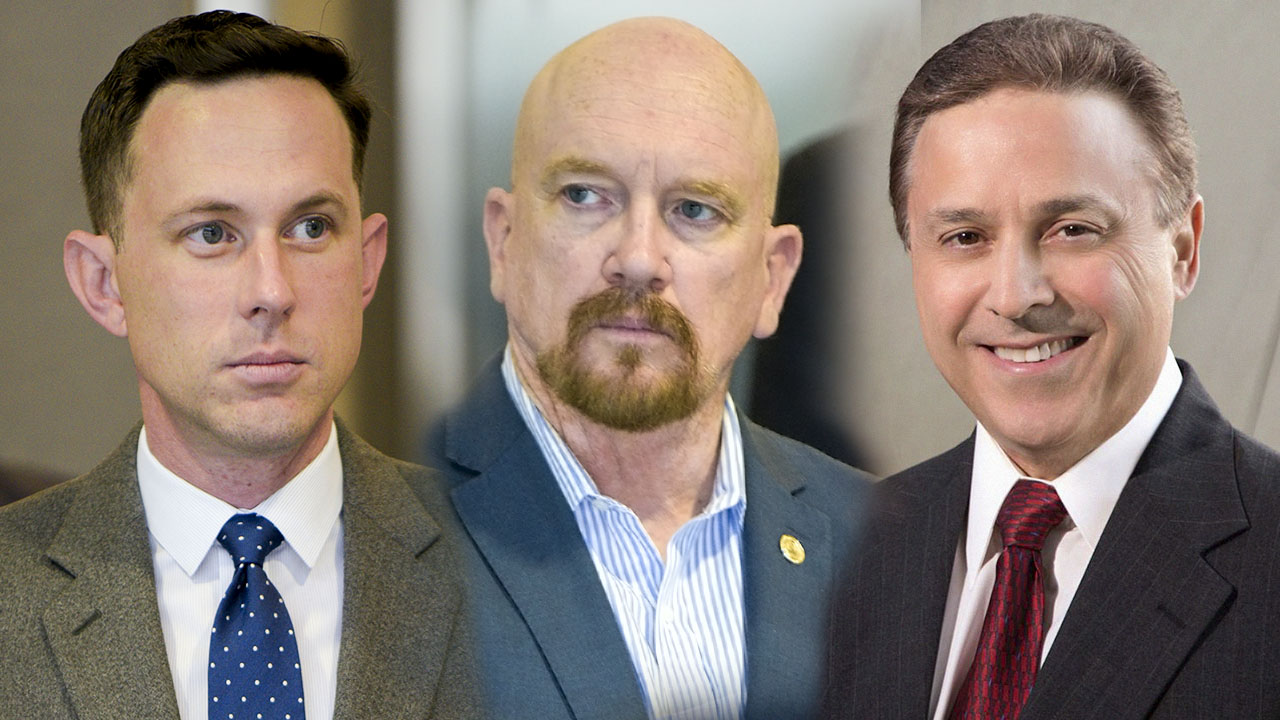 I’m fed up with so-called leaders who complain about Fresno crime but really are more concerned about burnishing their credentials as tax fighters.

As tax fighting is an essential element of getting elected in most parts of Fresno, I understand why candidates pledge to do it.
But being a real leader and not just a sack of Play-Doh in a high-backed chair that says “yea” or “nay” a couple of times a week requires courage.
The difference between a leader and a politician is that a leader in the big moment does the right thing and is willing to live with the consequences.

Which brings us to the Fresno City Council, which submarined Mayor Lee Brand’s proposal to put a half-cent sales tax, split between public safety and parks, on the November ballot.
I’ll surmise that at least one of the council members opposed the plan because he or she preferred former Mayor Ashley Swearengin’s competing proposal to raise the tax by three-eighths of a cent exclusively for parks.
With Brand needing five council members to agree to his plan, however, it was the conservative troika of Steve Brandau, Garry Bredefeld and Clint Olivier that killed it.
You can fault Brand for hastily assembling the plan, not taking the time to build community-wide support and failing to count his votes ahead of time.

But a sales tax to support cops, firefighters and parks is exactly what Fresno needs.
We don’t have enough of them, and the Tooth Fairy isn’t coming in the middle of the night to leave $50 million under a pillow once a year to bail Fresno out.
For those who haven’t done the math, the sales-tax hike would deliver $44 million to $50 million annually.
In this situation, the mayor was the only person willing to put his conservative credentials on the line and risk upsetting his base by uttering the “t-word.”
But tax fighters won this one.
And now we have to live with the ugly results.

Fire Chief Kerri Donis says her department is operating at 1985 staffing levels. Fresno’s population then was about 285,000. It’s nearly 530,000 now.
The Fresno Police Department handled 777,600 calls for service in 2007 before the Great Recession hit, Chief Jerry Dyer says. The department, which suffered severe cuts, still hasn’t returned to 2007 staffing levels. And last year it received 952,109 calls for service — a 22.4% increase over 10 years ago.
By the way, council approved a 2018-19 budget Thursday that adds no police officers, no dispatchers and no crime scene investigators.
How do you think that’s going to work out for Fresno residents?

Fresno Must Become Safer and It Needs More Parks

Mayor Brand is trying hard to continue Fresno’s upward trajectory. He has a formula: Be fiscally prudent, make the city more business-friendly, grow jobs and elevate the quality of life.
That task is only going to get harder now.
Nothing is more un-business-friendly than a crime-ridden city with a dearth of community parks and trails.

And nothing is more vintage Fresno than the inability of the Swearengin and Brand camps to work something out and present a single plan.
Fresno needs parks. More than that, it needs safe parks. Should Swearengin’s tax plan pass, I wonder who will patrol all the new parks so that they don’t deteriorate into gang hangouts.
Maybe Mssrs. Brandau, Bredefeld and Olivier will raise their hands.

After a Record 65 Years, Cederquist Retiring from School Board