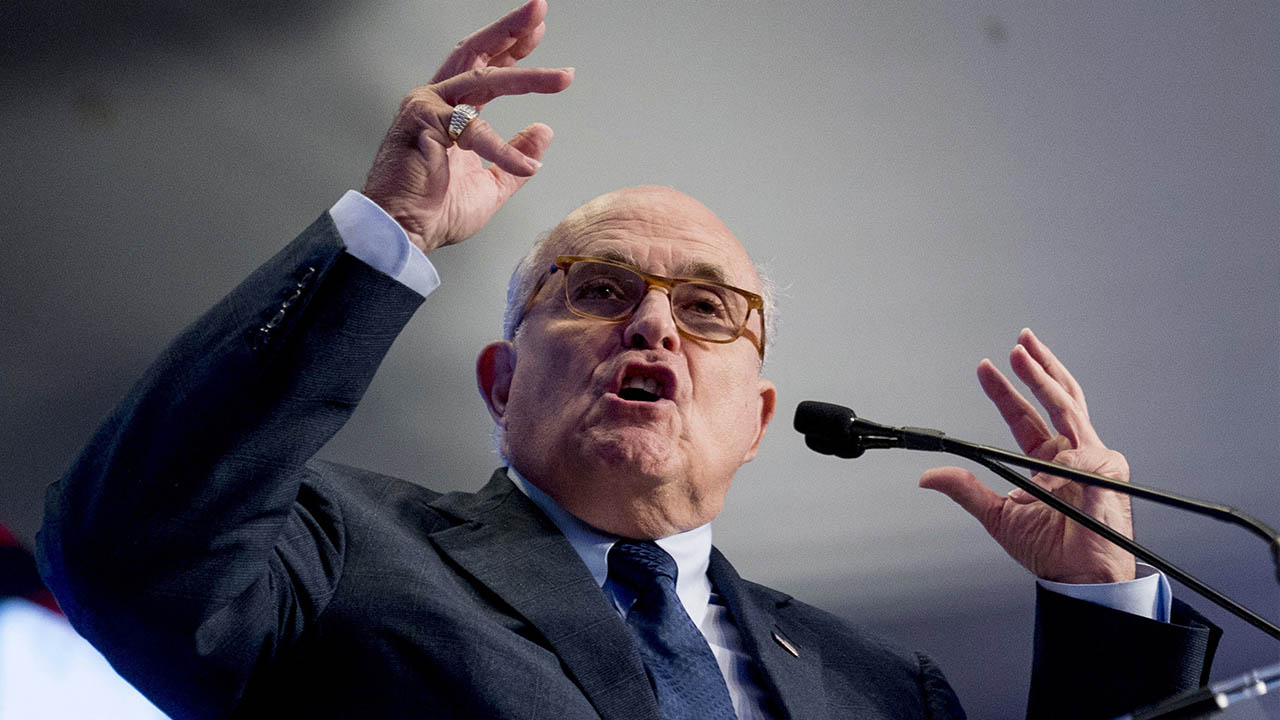 Two of President Donald Trump’s high-profile allies will address a “Free Iran” conference Saturday (June 30) organized by a controversial group that advocates for regime change in the Islamist country, according to a story in Politico.
Rudy Giuliani, the President’s personal lawyer, and informal advisor Newt Gingrich are headlining the Paris meeting of Mujahedeen-e-Khalq and its affiliates.

“For 15 years, the U.S. designated the MEK a terrorist group, while analysts describe it as a cult – both allegations the group rejects,” Politico reports. The Obama administration removed the terrorist label in 2012.
While U.S. officials deny that regime change is the Trump administration’s goal, outside experts are skeptical.
The appearance of Giuliani and Gingrich at the conference, Dartmouth University’s Daniel Benjamin told Politico, “underscores once more how some of Trump’s top surrogates are advocates of regime change in Iran.”

“A Call for Regime Change”

Politico also cites the hard-line stance Trump has taken following his unilateral withdrawal from the seven-nation nuclear deal with Iran in early May.
“Soon after, Secretary of State Mike Pompeo delivered a speech laying out U.S. grievances with Iran and listing 12 demands that many analysts said were tantamount to a call for regime change,” the article says.
The MEK has worked hard to gain favor and influence and, as Politico reports, “this weekend’s gathering comes at a heady moment for the group.”
“Several of the politicians it has cultivated in recent years, with the help of handsome speaking fees, are now key figures in Trump’s orbit — including not only Giuliani and Gingrich but National Security Adviser John Bolton.”
The group lists other high-profile speakers for this weekend’s conference, as well. Among them: former New Mexico Gov. Bill Richardson, a Democrat, and Fran Townsend, a homeland security adviser for the George W. Bush administration.

Politico’s reporting says the MEK was founded by leftists, some with Marxist ideological roots. It was alleged to have carried out bombings in the 1970s that killed Americans in Iran, including military personnel.
While the group’s supporters say it no longer employs violent tactics, “the MEK has come to resemble a cult,” says Politico. “It imposes strict rules on members, its funding sources are mysterious and it has little genuine support within Iran. The MEK is led by Maryam Rajavi, and, supposedly, her husband Massoud, who has not been seen publicly in years.”
While its influence in Washington may be growing, experts question the MEK’s effectiveness, says Politico.
“Iranians don’t want to replace one regime with another,” the article quotes one analyst as saying on the condition of anonymity. He called the MEK  “a regime in exile tied to Marxism. They just don’t have the backing in Iran.”

Up in Nevada, Folks Really Love Their Cannabis