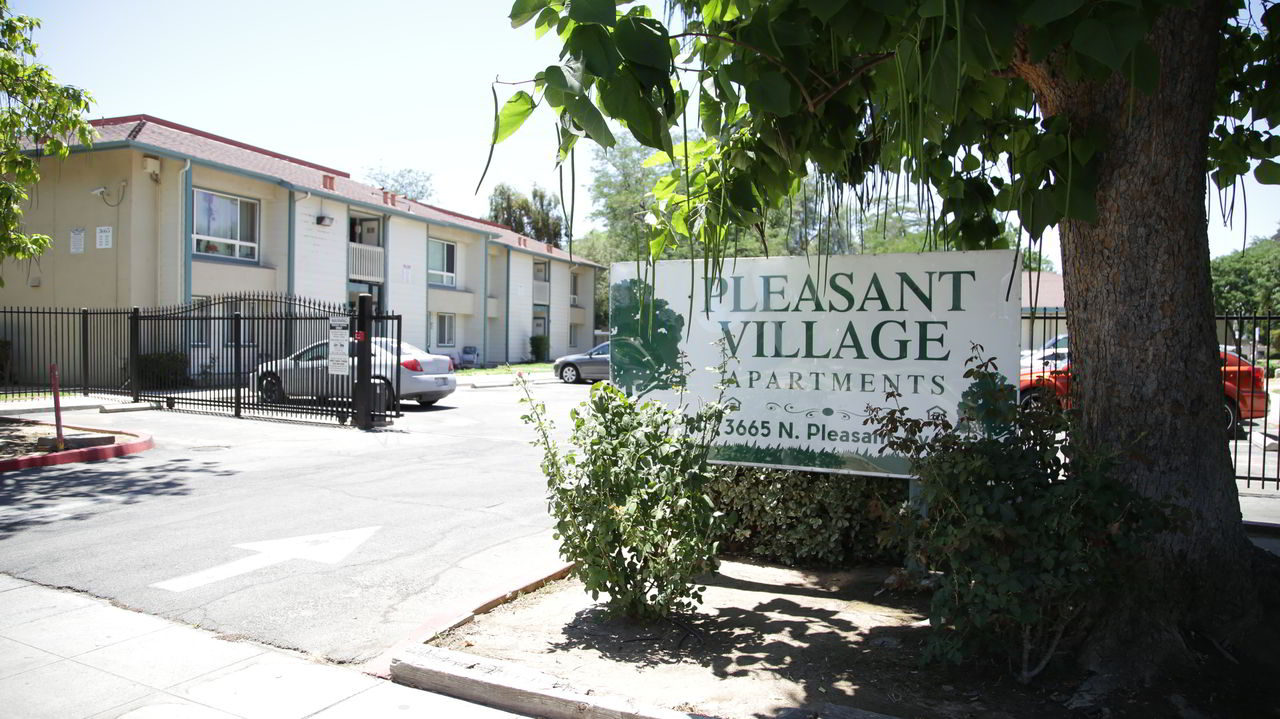 (Editor’s Note: This story has been updated to include a statment from an attorney representing Pleasant Village Apartments saying the complex doesn’t have lead-based paint.)
At the same time the Department of Housing and Urban Development faces scrutiny over enforcing lead paint standards, eight California apartment complexes face fines for failing to comply with federal standards.
Two Fresno housing developments are on the list. Now, they could be on the hook for six-figure penalties.
However, an attorney representing one of the apartment complexes, Pleasant Village Apartments, said that the complex doesn’t have lead-based paint and that HUD made a mistake.
Two federal reports released this month blast HUD for failing to have procedures to adequately protect children in subsidized housing against lead paint exposure.
The reports, from the Government Accountability Office and HUD’s Office of Inspector General, paint a portrait of an agency without a clear set of policies for local authorities to follow when reporting cases of children with elevated blood lead levels in public housing units and properties occupied by voucher holders.

Federal law requires landlords of all properties built before 1978 to inform tenants of known lead hazards. The requirements are more stringent for complexes that participate in federal housing programs, such as Section 8.
HUD announced that Kearney-Cooley Plaza and the Pleasant Village Apartments, have not met federal reporting standards for notifying residents about lead. Tax records list both complexes as being built in 1973.
Kearney-Cooley, a 150-unit complex located south of the Chandler Airport in southwest Fresno at 720 W. Hawes Avenue, failed to conduct risk assessments and evaluations. The violations, dating back to 2014, could lead to $165,984 in civil penalties.
In its pre-penalty letter dated June 18, HUD accuses the owners of Kearney-Cooley of failing to comply. “You violated the Lead Safe Housing Rule by failing, during the time period 2014 through May 2018, to conduct required risk assessments, reevaluations and visual assessments. You are liable for a penalty for each year you failed to comply.”
The owner, Harrison Bryant Kearney Cooley Boulevard Plaza, Inc., has 30 days to respond to HUD. The owner did not reply to GV Wire’s requests for comments.
HUD accuses another housing complex, Pleasant Village Apartments, of not even providing information regarding compliance with lead disclosure rules.  If the owner, Pasadena-based CBG Fresno, Lt. LP, fails to respond in 30 days, HUD could issue fines of $203,380.
The 90-unit complex is at 3665 N. Pleasant, near Dakota and Marks avenues.
An attorney representing CBG Fresno says HUD made a mistake.
“That Notice was issued in error — to the wrong party and for a property that does not have lead-based paint (there is what is called a lead paint free certificate).  We have informed HUD of the error,” Richard Price of Washington, DC-based Nixon Peabody said in a statement emailed GV Wire.

The Centers for Disease Control and Prevention says that “no safe blood lead level in children has been identified.”
The audit also found that instead of reporting cases of possible lead exposure to HUD headquarters, housing agencies sent reports to local offices. Of the 45 field offices, 24 of them don’t have established policies for handling such cases.
The inspector general also criticized HUD for not requiring public housing agencies to report and mitigate lead paint in public housing built before 1978, effectively failing “to determine the risk of lead paint exposure to children” living in those buildings.
In its response to the audit, HUD noted that the agency revised its rule for handling lead paint cases in 2017, when it adopted a lower threshold for lead levels in children’s blood that would trigger action. But the agency pledged to review its processes and “follow up on all past incidences identified in the OIG’s audit, obtain missing documentation, and ensure that any remaining lead hazards are controlled.”
This report includes information from the Associated Press.