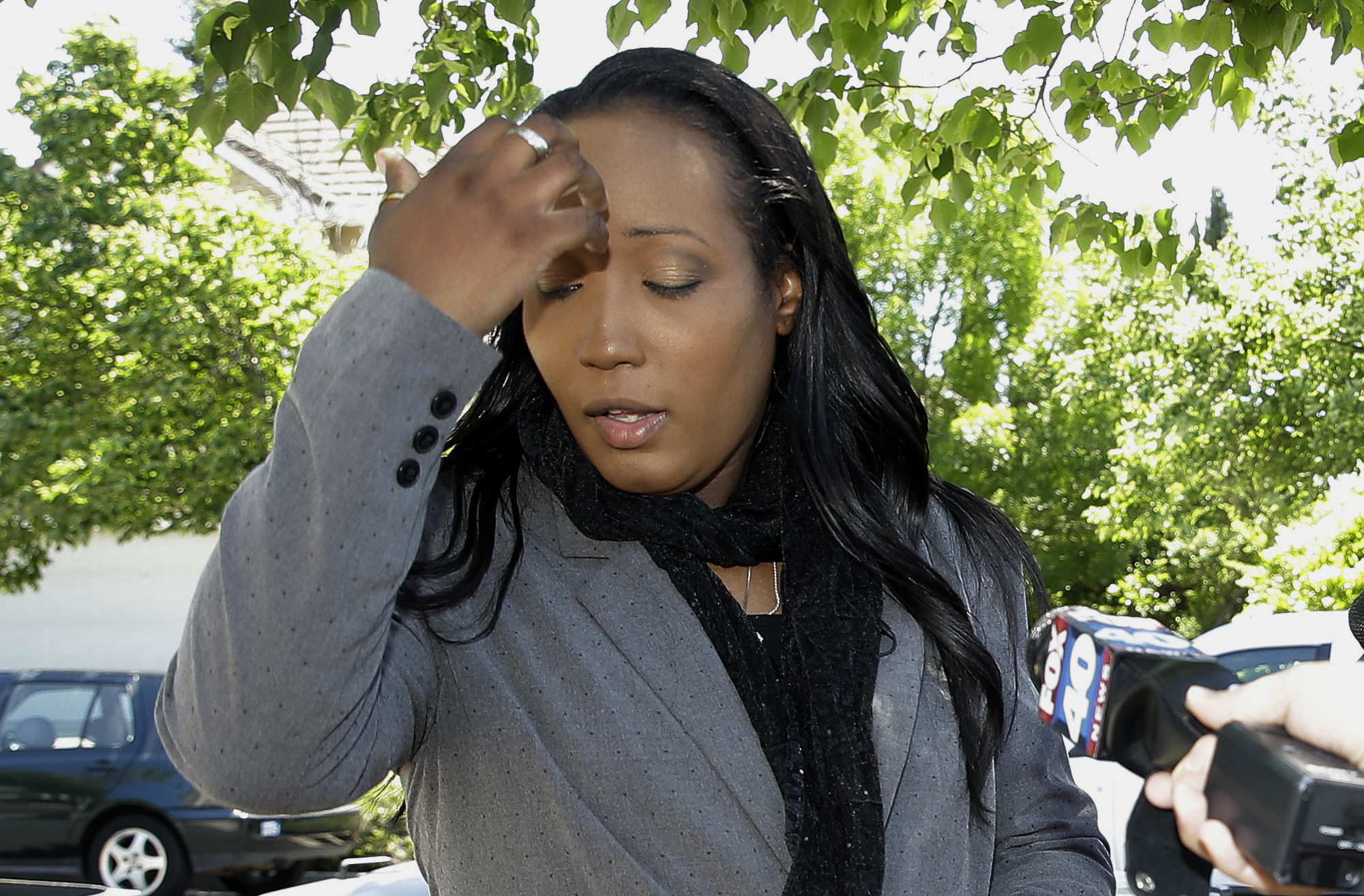 FAIRFIELD — A Northern California woman denied that she or her husband abused their 10 children after authorities said the kids suffered puncture wounds, burns, bruising and injuries consistent with being shot with a pellet gun.
The children, ages 4 months to 12 years, were removed from their home March 31 after Ina Rogers contacted authorities to report that her oldest child was missing, police said Monday.
Officers went to the home in Fairfield 46 miles northeast of San Francisco and found filthy conditions, Lt. Greg Hurlbut said.
“Officers located unsafe and unsanitary living conditions including garbage and spoiled food on the floor, animal and human feces and a large amount of debris making areas of the house unpassable,” he said.
Authorities said some of the injuries to the children appeared to have been caused by someone shooting a pellet gun.

The father, 29-year-old Jonathan Allen, was arrested Friday after the children were interviewed. He has pleaded not guilty to seven counts of torture and nine counts of felony child abuse and was being held on $5.2 million bail.
The children did not require medical attention when they were removed. Stories about the alleged abuse came out gradually over the past six weeks and eight of the children told professionals about incidents dating back several years, authorities said. The bathroom is strewn with feces at a home in Fairfield, Calif., Monday, May 14, 2018, where authorities removed 10 children and charged their father with torture and their mother with neglect after an investigation revealed a lengthy period of severe physical and emotional abuse. (AP Photo/Rich Pedroncelli)

Sharon Henry, chief deputy district attorney for Solano County, said she was “horrified” by the children’s statements and that torture was carried out in the house “for sadistic purposes.” She declined to elaborate.
“It literally breaks your heart, and you’re outraged by how a parent or anyone could commit those acts,” Henry said.

Rogers, 30, was arrested on suspicion of neglect last month and released after posting $10,000 bail.
She denied Monday her husband had abused the children.
“There’s no broken bones, there is no major scars, nothing,” Rogers told reporters in front of her house. “My kids get bumped and bruised and scratched because they’re kids but that’s it.”
Rogers gave journalists a tour of the house, a four-bedroom home with scuffed walls and animal feces in the bathroom.
Rogers said the children slept in one bedroom because they were close and that cots were stored in a bedroom closet. The home’s other rooms were used as a master bedroom, playroom and meditation room.

On the day the children were removed, the house was messy because she had just torn it apart looking for her missing son, who was angry because his parents had taken away his tablet computer, Rogers said.
Rogers said she feels the family is being judged for having so many children and choosing to home-school them.
She and her husband both came from broken homes and they wanted a large family, Rogers said.
Child protection officials made one prior visit to the home several years ago, Rogers said. She did not say why.
Rogers said she works the graveyard shift as an EKG technician at a heart monitoring company and her husband is a tattoo artist.

Aleida Quartman, 23, who described herself as Rogers’ co-worker, said the mother spoiled her children.
The messy house was just life with children, cats, a dog and fish, Quartman said.
“She told me she’s never lived alone and now that her kids are gone and her husband is gone, she’s just a mess,” Quartman said.

Father’s Mom Says She Told Him To Clean the House

Peggy Allen, the mother of Jonathan Allen, said she had talked to Rogers about the importance of keeping a clean house.
She is estranged from her son and he has kept his family away from the children, she said.
“We’re a Christian family and Jonathan has not been raised that way,” she said.
Neighbor Larry Magnaye said he had no idea there were 10 children living in the house across the street.
The parents waved when leaving the driveway, but he never saw the children in the yard or heard them playing in the backyard pool.
“It’s a pretty big house,” Magnaye said. “But I don’t know how you can keep it quiet when you have 10 kids. I can’t keep it quiet with one, two you know?”